Imagination up for sale 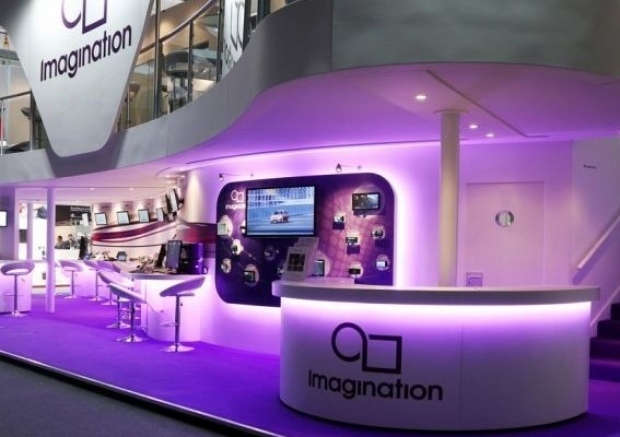 The price of being dependent on Apple

Imagination Technologies, the British firm that lost 70 percent of its value after being ditched by its biggest customer Apple, put itself up for sale.

The story is being touted as an example of the dangers of partnering with a large mult-national outfit like Apple.

Apple claimed it was developing its own graphics chips and would no longer use Imagination's processing designs in 15 months to two years time. Apple's decision,sent Imagination's shares plummeting 70 percent on April 3 and they have barely recovered since.

The company has a market capitalization of $538 million and there are a number of possible buyers –  including Apple, which could take all the IP it previously had to pay Imagination for for free.

Intel, Qualcomm, Mediatek, CEVA and various entities from China, have also been named.

"Imagination Technologies announces that over the last few weeks it has received interest from a number of parties for a potential acquisition of the whole group," the company said.

"The board of Imagination has therefore decided to initiate a formal sale process for the group and is engaged in preliminary discussions with potential bidders."

Imagination has said it doubted Apple, which accounts for about half of its sales, could go it alone without violating Imagination's patents. Analysts said legal battles were likely and Imagination started a dispute resolution procedure in May with the US giant, which is valued at $761 billion.

The British company initially responded to Apple's decision to walk away by putting two of its main divisions up for sale.

"That was a pretty dire scenario, akin to selling off the family silver to keep the estate going a little longer," said Neil Wilson, Senior Market Analyst, ETX Capital. "Now the shutters are up and a buyer sought. A pretty ignominious end to what was a great British tech success story."

Imagination has licensed its processing designs to Apple from the time of the first iPod and receives a small royalty on every device using its graphics.

Imagination's shares rose sharply between 2009 and 2012 as sales of smartphones boomed, prompting Apple and Intel to buy stakes and the company was valued at more than two billion pounds in April 2012. Apple owns eight percent of the shares.

Imagination struggled, however, to reduce its reliance on Apple, and has faced increased competition from the likes of chipmaker Qualcomm and British rival ARM, which developed its own graphics to complement its core processor blueprints.

Imagination downplayed fears it could lose Apple contract for years. Facing reports that Apple was building a graphics operation and hiring Imagination staff, the British firm told investors that Apple was just improving its customisation of the technology Imagination sold, rather than replacing it.

Last modified on 22 June 2017
Rate this item
(0 votes)
Tagged under
More in this category: « Former Apple man finds life tough outside the reality distortion field Russian hackers focused on 21 electorates »
back to top