Corsair unveils its One systems 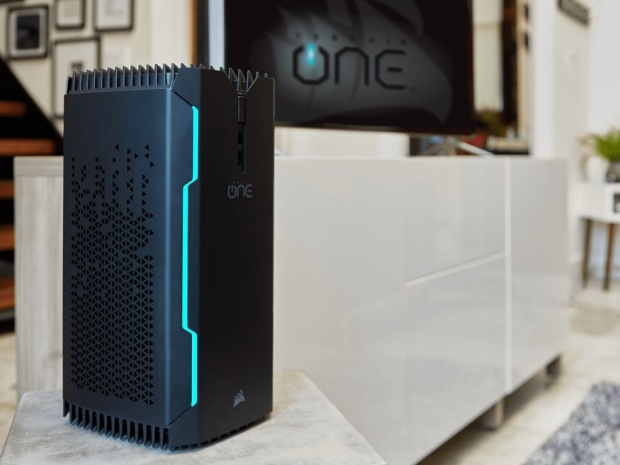 Following its earlier push in the PC system market with Bulldog barebone, Corsair has now unveiled its fully-assembled PC system called the One.

Based on a custom PC case that uses a 140mm ML-series exhaust fan at the top, a system similar to Apple's Mac Pro, the Corsair One PC systems are based on liquid-cooled Intel's Core i7-7700K Kaby Lake CPU and a wide choice of air- and liquid-cooled Nvidia GPUs, like the GTX 1070, GTX 1080 and even the GTX 1080 Ti.

Some of the components come directly from Corsair, like the SFX SF500 and SF400 PSUs, Force LE series SSDs, and Vengeance LPX DDR4 memory.

The One PC systems from Corsair are pretty compact and do not follow the RGB LED design seen on some recent hardware, which is definitely a bonus in our book. Two simple strips of cold blue LEDs are located on each side of the front panel and even those can be disabled. 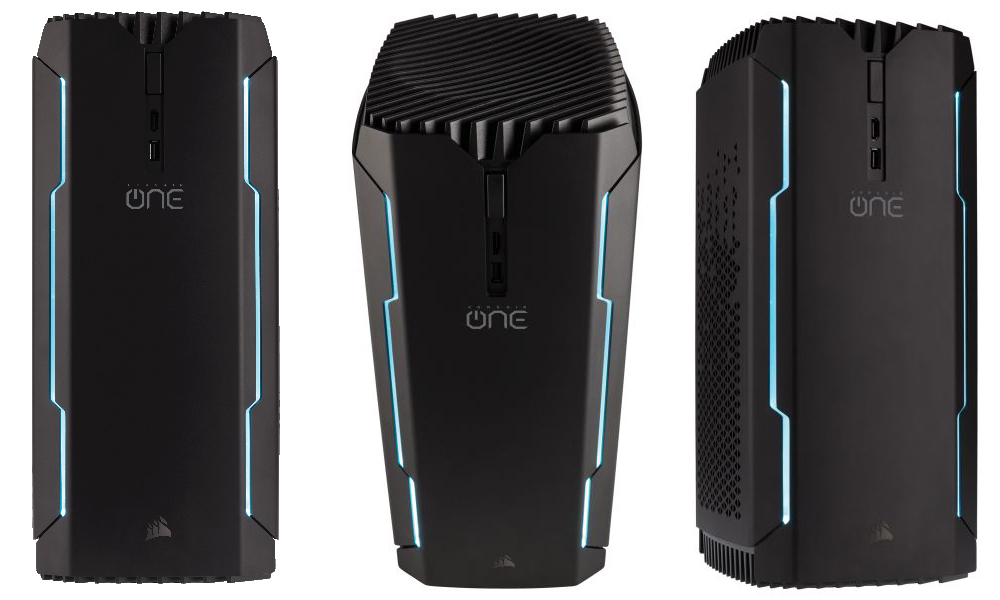 Currently, there are four different SKUs to choose from, including the standard One and the One Pro. The One comes with an air-cooled Nvidia GTX 1070 and a 240GB SDD/1TB HDD storage, while the One Pro features a liquid cooled GTX 1080 and 480GB SSD/2TB HDD storage.

There are also two exclusive SKUs, the One Pro Corsair webshop exclusive, which gets a 960GB SSD and the One Pro with GTX 1080 Ti, which will also be sold exclusively from Corsair and feature a Geforce GTX 1080 Ti graphics card.

The standard One and One Pro should start shipping later this month with a price set at US $1,800 and US $2,200, which might sound a bit too high but not unless you count a two year warranty and hand-picked components squeezed inside a custom case. The exclusive Corsair webshop SKUs, are currently listed at US $2,300 and US $2,600. 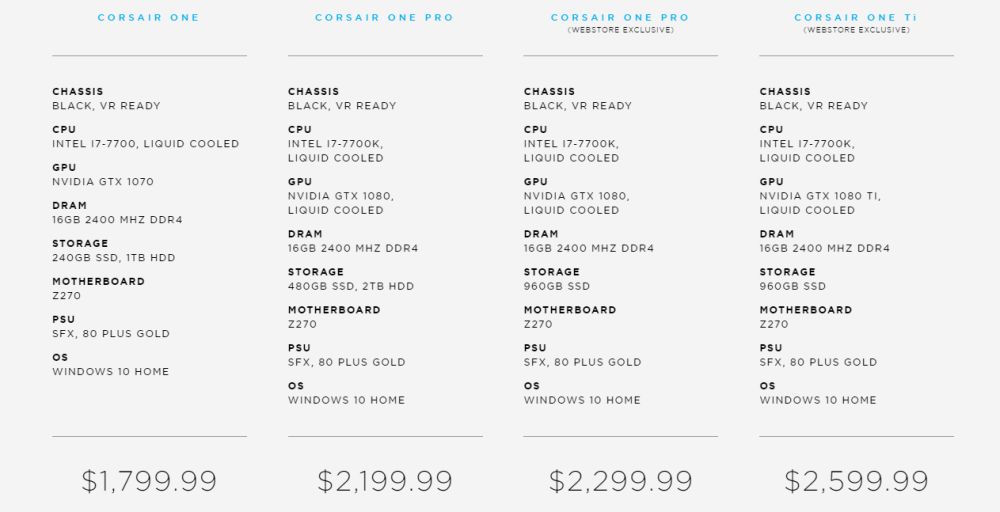