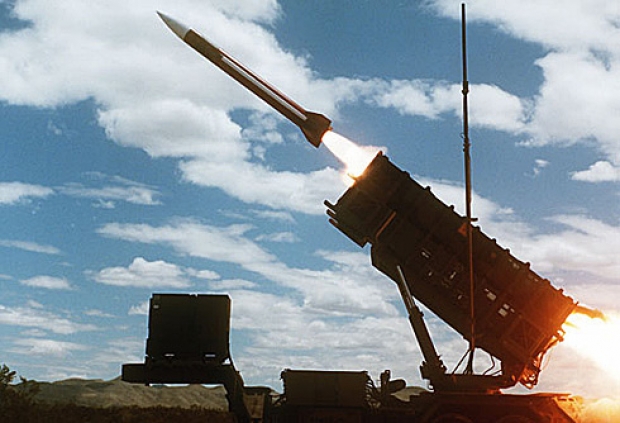 It is too expensive to shoot them down

The US Patriot missile batteries might be getting more accurate, but cheaply made drones are fast becoming the battle field kings

While the Islamic state has started strapping explosives onto drone to make them accurate weapons, the US lacks a cost effective way of knocking them out.

A Patriot missile costs $3 million to make so using it to shoot down a small quadcopter drone which costs $200 makes no sense at all.

However US allies have been doing that to avoid causalities from drones. The Patriots are radar-targeted weapons more commonly used to shoot down enemy aircraft and ballistic missiles and a quadcopter drone which cost 200 bucks from Amazon.com does not really stand a chance.

US army Gen David Perkins told an audience at the Association of the United States Army's Global Force symposium in Alabama that using weapons in that way is helping the enemy.

"In fact, if I'm the enemy, I'm thinking, 'Hey, I'm just gonna get on eBay and buy as many of these $300 quadcopters as I can and expend all the Patriot missiles out there'".

Justin Bronk, a researcher at the Royal United Services Institute told the BBC that the case exposes in stark terms the challenge which militaries face in attempting to deal with the adaptation of cheap and readily available civilian technology with extremely expensive, high-end hardware designed for state-on-state warfare.

Bronk added that Patriot radar systems, while sophisticated, might struggle to target a small quadcopter effectively. The missiles themselves travel at five times the speed of sound, whereas a quadcopter drone typically has a top speed of 80km/h.

Last modified on 16 March 2017
Rate this item
(0 votes)
Tagged under
More in this category: « US falling behind in supercomputer stakes Germany's first fully integrated 8K IP entertainment service to kick off »
back to top