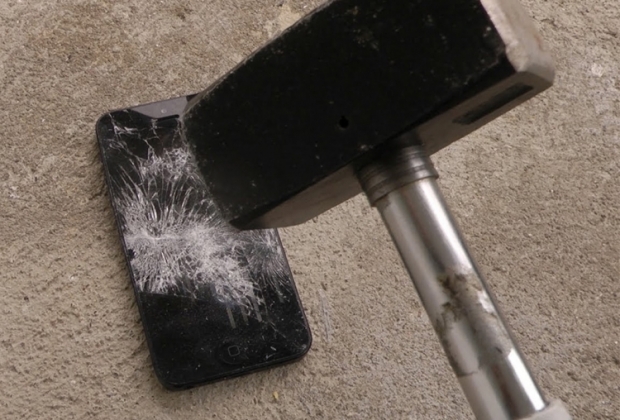 Repairing your phone is dangerous

The fruity Tax-Dodging cargo-cult Apple is so terrified that people will discover that repairing Apple gear through its Genius bar is unnecessarily expensive that it is going to war with Nebraska.

Nebraska lawmakers want to bring in a law which will give citizens the right to repair their own broken electronics, normally through repair shops.

The law is currently in the Nebraska state legislature and Apple is spending a fortune lobbying its tame politicians to get it squashed.

However, Apple will testify against the bill at a hearing in Lincoln on March 9. AT&T will also argue against it too. They are planning to spark a scare story that consumers who repair their own phones could cause lithium batteries to catch fire. This is slightly better than the industry lobbyists who told lawmakers in Minnesota who were thinking of bringing in a similar law that broken glass could cut the fingers of consumers who try to repair their screens

Last year, a bill headed through the New York statehouse was killed in part due to lobbying from Apple and IBM, among other manufacturers. But what happens in the Big Apple might be a little different in the more conservative rural areas, where there is a culture of repairing your own gear.

The bills nationwide are being pushed by Repair.org, a trade organization made up of independent repair shops who say that their companies have been harmed by an attempt by manufacturers to gain a monopoly over the repair business.

A healthy DIY repair hobby has thrived thanks to online crowdsourced instruction manuals on sites like iFixit and grey market parts that are available directly from factories in China or can be salvaged from recycled devices.
Repair.org said that the fear stories put about by the manufactures are easily answered by providing consumers with information.

It should be noted that iPhone 7 batteries do have a warning label that says there is a "potential for burning" if punctured. But who in the name of the gods thinks that repairing your phone is managed by jamming nails into your batteries. While Apple fanboys are not the brightest sparks, after all they bought an iPhone 7, it is hard to think that even they would try a stunt like that.  If they were that dumb Apple would have to put labels on their phones warning users that they were not literal fruit and not meant to be eaten,

Last modified on 15 February 2017
Rate this item
(0 votes)
Tagged under
More in this category: « HTC suffers in the fourth quarter White House use of end-to-end encrypted apps avoids federal law »
back to top