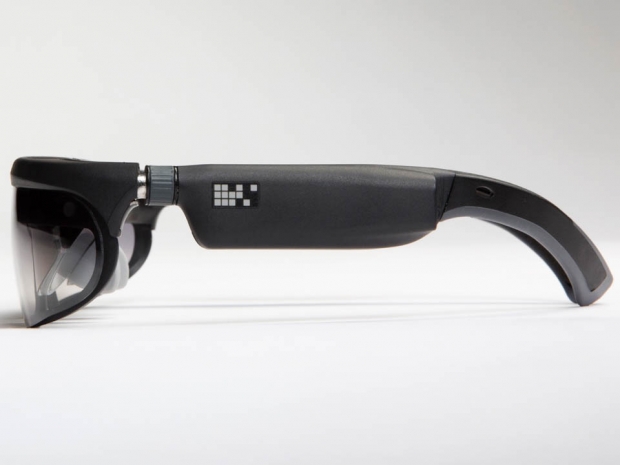 Osterhout Design Group had a presence at Intel’s CES booth this year, where it unveiled two new pairs of smartglasses designed to deliver a fully untethered, hands-free PC experience with the flexibility of a virtual, 65-inch transparent ACdisplay.

This year, one of the key milestones in the mobile chip industry is the introduction of the Qualcomm Snapdragon 835 SoC, a 10-nanometer chip featuring four Cortex A72/73 cores at 2.45GHz and four Cortex A53 cores at 1.8GHz. The chip uses 25 percent less power than previous designs and is set to power the latest smart home appliances, smartphones, VR headsets, and high-performance smart glasses while delivering next-gen, multi-gigabit networking performance. 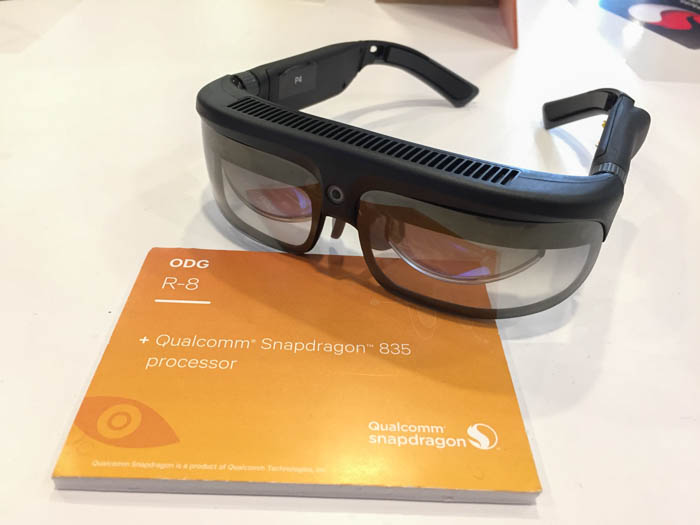 The ODG R8 is a lightweight, 4.5-ounce device that serves as a much more affordable successor to the R7 that released during last year’s CES. The model features the Snapdragon 835 at its core and runs a framework called ReticleOS on top of Android 7.0 Nougat. Other specs include six-degree depth of field (DoF) tracking, a high-speed IMU, Bluetooth 5.0, 802.11ac Wi-Fi, dual microphones, directional speakers and USB Type-C. The smartglasses are designed to run with about the same battery life as a modern tablet, about 4 to 6 hours depending on application usage.

At Intel’s booth, the company demonstrated some movie trailers running with a rather high display brightness that was fully adjustable, but we found it to be surprisingly well-lit compared to Google Glass and other AR wearable devices. 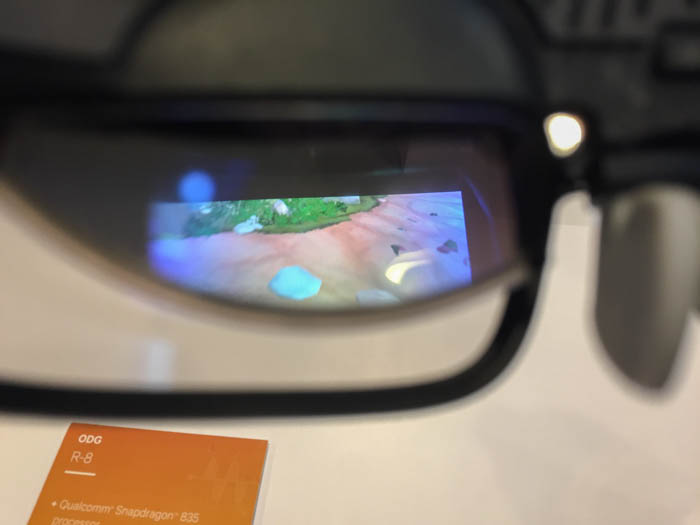 The R8 features 720p resolution per eye (16:9 aspect ratio) with a 40-degree field of view and basically emulates the experience of viewing a 65-inch display at 8 feet away. The augmented display is directly in front of a wearer rather than in the top right corner like Glass, so it is important to adjust the transparency to appropriate levels depending on ambient lighting conditions. For the most part, the device makes for a useful companion during enterprise workflows, schoolwork and even casual movie watching in long lines and while traveling. But even with a relatively lightweight frame, it would still be difficult to recommend a pair for sports activities or any physical training exercises.

There are several ways to control the glasses, the most hands-free of which includes wearing a discrete ring controller and using subtle hand gestures to control menu navigation. A smartphone can also be paired over Bluetooth to provide some control via an app, and there are also physical buttons on both arms for manual navigation using light scroll and click motions. ODG says it is working on eventually enabling subtle head gesture controls for additional hands-free capabilities, and will likely make this option available to developers before releasing to a wider audience.

ODG definitely has an appealing product on its hands when it says the price will be under $1,000. Currently, Fox has been a leading investor and intends to bring movie experiences like Planet of the Apes into a format optimized for the glasses. The company also plans to release some VR-optimized experiences through several showcase apps including a Fox Channel with Fox Sports and Fox News. The glasses will be available later this year in Q3 2017 for developers and Q4 2017 for consumers. 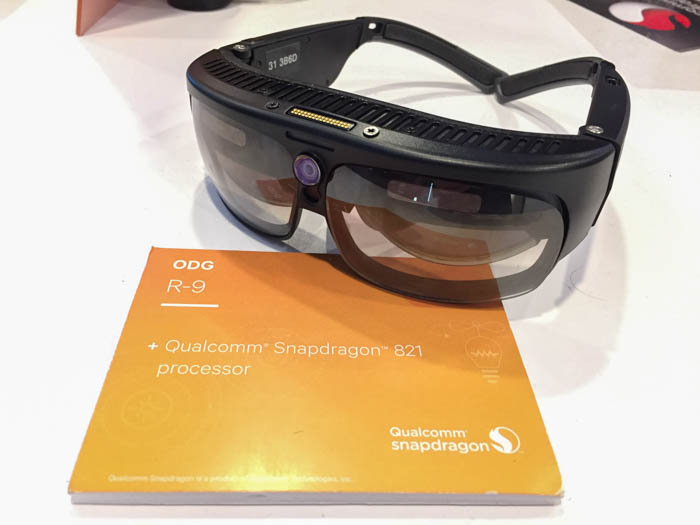 The company is also releasing a premium pair of smartglasses with a 50-degree field of view, 1080p resolution per eye, and 22:9 cinema wide or 16:9 aspect ratios, called the ODG R9. This model includes a 13-megapixel front-facing camera allowing for 4K video capture at 60fps or 1080p capture at 120fps, making it ideal for field work, documentation, and even live broadcasting. The device weighs just under 6.5 ounces and includes 128GB of storage, along with support for a variety of add-on modules to expand functionality. 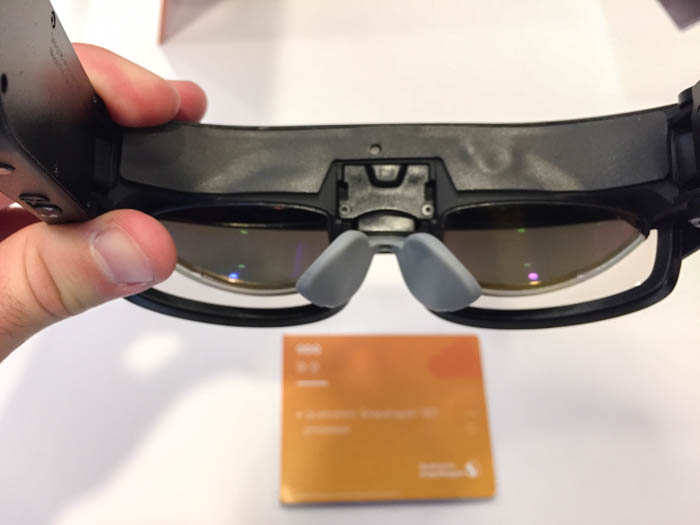 “We built an extension module connector so developers can extend the value proposition of the product,” Jameson said. “You can add on custom enterprise modules like night vision or a medical wavelength emitter by clipping it on to the glasses.” Other possibilities include an optional LTE modem to serve as a secondary phone, or integrating more depth-sensing cameras for an improved AR gaming experience.

Rate this item
(0 votes)
Tagged under
More in this category: « It's the fifth year of PC decline Second Nvidia Shield portable shows up in FCC filing »
back to top