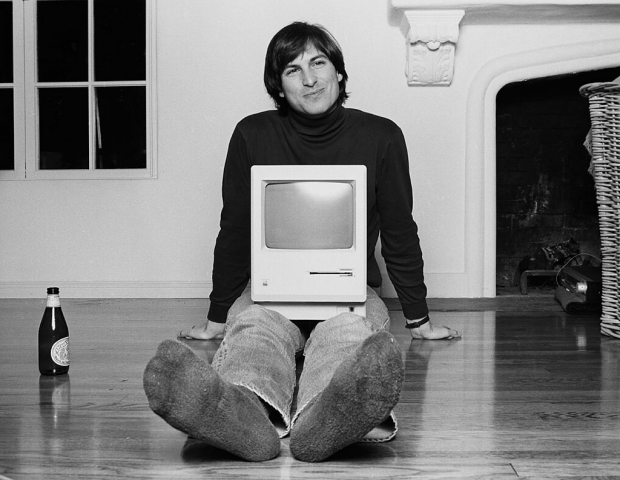 Yesterday the Tame Apple Press was full of stories about how Tim Cook really loved the Macintosh and was going to release new and important hardware updates in the future.

This was supposed to answer the question why Macintosh upgrades have been rare. The Mac Pro hasn't been refreshed since 2013 and the Mac mini was last upgraded in 2014.

In October, after more than 500 days without an update, Apple unveiled the new MacBook Pro with a slimmer design and louder speakers. However it was consumerised and a chocolate teapot to developers and media types who had been the device’s traditional users. It also had an out-of-date chip which mocked Apple’s cutting edge image.

But Cook’s comments do not sit well with those inside Apple who admit that the Macintosh is not get the attention it once did. The Macintosh team has lost clout with the famed industrial design group led by Jony Ive and the company's software team.

According to Bloomberg, senior management are not sure what to do with the Macintosh and have the direction and drive of a chicken with its head cut off. The Macintosh division has seen key people leave and the new designs are sitting unfinished.

This is rather strange because for all its faults and the fact it is hugely out of date, the Macintosh still generates 10 percent of Apple’s sales.

Apple's customers are getting miffed. Peter Kirn, founder of a website for music and video creators, complained that Apple was a company with no real vision for what its most creative users actually do with their most advanced machines.

Microsoft, once derided by Mac loyalists for its clunky, buggy software, offers Windows 10, which provides the tablet type functionality Apple pioneered with the iPad. Microsoft's Surface computers have the quality and much better software. As a result Microsoft claims more users than ever were switching to its Surface laptops.

Those members of the Tame Apple Press who are prepared to admit that Macintosh is being run into the ground are swift to blame Intel. They claim that Chipzilla ticks and tocks are not properly timed to Apple’s cycles.

But the real reason is that Apple’s focus has been desperately propping up its iPhone. The design team's leadership was shuffled last year in a move which prioritised the iPhone. Apple also re-organized its software engineering department so there's no longer a dedicated Mac operating system team. Of that team most of the engineers are iOS first, giving the people working on the iPhone and iPad more power.

The idea was to make Macs more like iPhones but this is a dumbing down of the PC making it more consumer friendly. This makes it less interesting to Apple’s primary users who need all the power, bells and whistles.

For example, In the 2016 MacBook update, some Apple engineers wanted to add a Touch ID fingerprint scanner and a second USB-C port (which would have made some power users happy). Instead Apple decided to include a new rose gold colour option alongside a standard speed increase.

Apple also is now facing political pressure. Some engineers are reported to believe that the only way that the Macintosh can get any innovation and remain sellable is to ship the whole lot to Asia where it can be made cheaper. However with Donald “Prince of Orange” Trump in the White House there is pressure to keep making Macs in the US, to show that at least something is being made there.

Bloomberg’s deep throats  think that Macintosh fans would be unwise to expect radical new designs in 2017. Apple’s updates include USB-C ports and better AMD GPUs for the iMac, and minor bumps in processing power for the 12-inch MacBook and MacBook Pro. So nothing to see here, move on please..

Last modified on 21 December 2016
Rate this item
(0 votes)
Tagged under
More in this category: « Facebook announces Live Audio broadcast feature Pressure building for 5G to use 28GHz band as the standard »
back to top