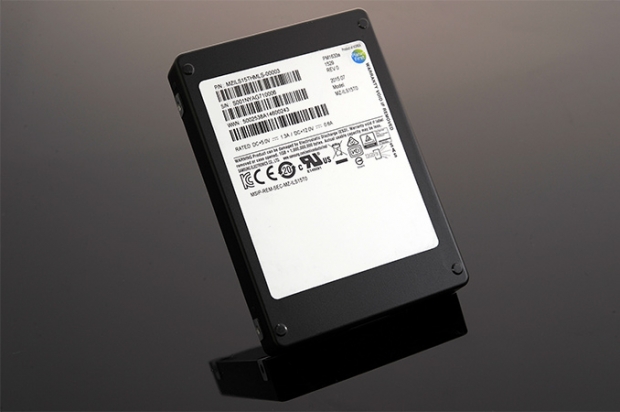 Don't get too excited -  it costs a bomb

The SSDs are based around 16 of Samsung's 256Gb TLC 3D V-NAND memory chips. These chips make a 512GB package which are then scaled up. The biggest drive uses 32 of those packages to build the largest of the PM1633a SSDs. The is a new controller specifically for this drive to increase the performance offered. The 15.36TB SSD offers sequential read performance of up to 1200 MB/s and sequential write performance of up to 900 MB/s using a SAS-12Gbps interface.

Although it looks pricey, actually it works out being cheaper for business running massive data centers. Power consumption is around 11W active and 4.5W idle for the SSDs.

Last modified on 01 August 2016
Rate this item
(6 votes)
Tagged under
More in this category: « US counter-attacks Russian cyber efforts AMD’s cash cow is being milked »
back to top