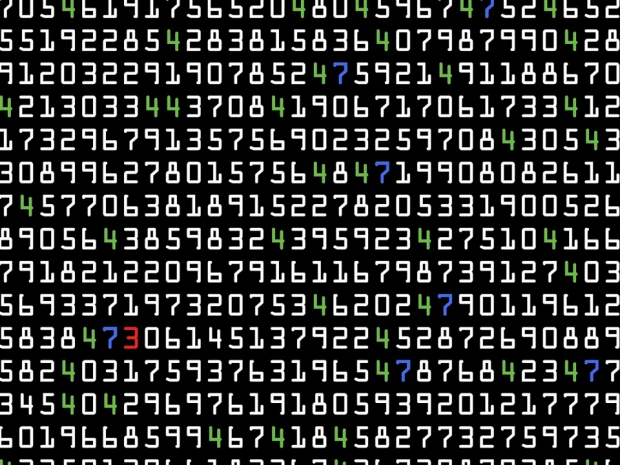 Last week, computer scientist researchers at the University of Texas at Austin published a draft paper describing a new, more efficient way of generating truly random numbers that can be used everyday encryption situations like mobile banking, statistics, electronic voting and complex simulations, among other applications.

The new method effectively removes both of these requirements and allows for two source sequences that are only weakly random. 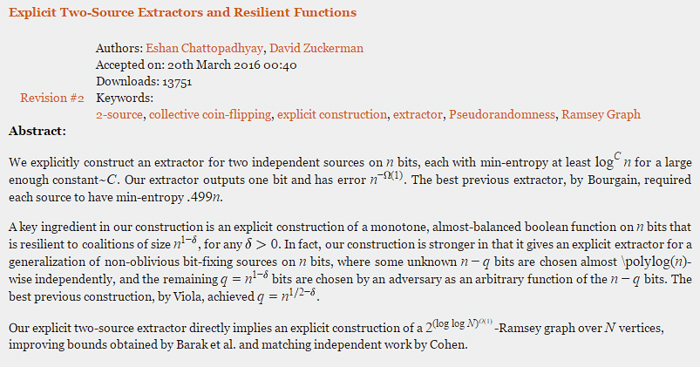 Over the past several decades, the computer science field of study has generally been accustomed to gradual improvements in the “quality-per-watt” performance needed for high-quality random number generation. Zuckerman and Chattopadhyay’s breakthrough method is now described by some as “light years ahead” of previous methods, as it produces higher randomization with lower computational effort. 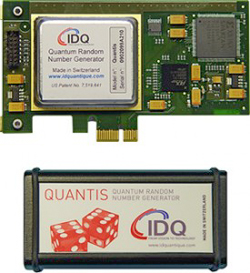 "When I heard about it, I couldn't sleep," says Yael Kalai, a senior researcher working in cryptography at Microsoft Research New England who has also worked on randomness extraction. "I was so excited. I couldn't believe it. I ran to the (online) archive to look at the paper. It's really a masterpiece."

The researchers claim that any truly random numbers required by everyday usage situations like online mobile banking, two-factor authentication and statistically significant poll results can now be computed with fractions of the compute power that was previously demanded. High-quality randomness needed for secure credit card purchases, medical data and military communications can now be produced with significantly higher quality-per-watt performance.

"This is a problem I've come back to over and over again for more than 20 years," says Zuckerman. "I'm thrilled to have solved it."

A draft paper of the new method was released in July 2015 describing the new method, titled “Explicit Two-Source Extractors and Resilient Functions.” It has been revised twice, with the most recent version dated March 20th.

The University of Texas at Austin researchers present their discovery next month at the Symposium on Theory of Computing (STOC) hosted by the Association of Computing Machinery (ACM). The paper is also expected to receive one of three STOC Best Paper Awards.

Last modified on 26 May 2016
Rate this item
(13 votes)
Tagged under
More in this category: « Spotify makes $15 Family plan India bans Apple because it is not innovative enough »
back to top