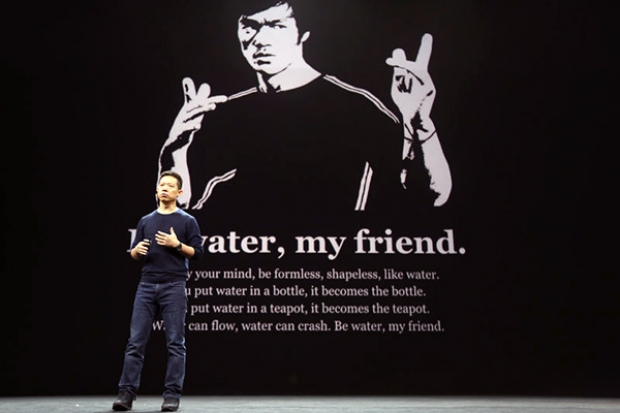 A top Chinese company CEO has said that Apple is outdated and no longer as innovative as it once was.

CEO of LeEco, Jia Yueting was commenting after his outfit announced its first electric car, called LeSee, which it sees as a rival to the Tesla Model X.  Apple was supposed to be having one of these too but hasn't yet.

Speaking with CNBC, Jia said that the iPhone has "fallen behind" the competition in recent years, pointing to declining sales momentum in China.

"In China you can see that Apple has already begun to lose the rapid sales growth momentum. One of the most important reasons is that Apple's innovation has become extremely slow. For example, a month ago Apple launched the iPhone SE. From an insiders' perspective, this is a product with a very low level of technology."

LeEco, commonly referred to as the "Netflix of China," makes a broad range of products, including smartphones, TVs, and mountain bikes.
Jia also told the the China Entrepreneur Club that Apple only had individual apps.

“This was the right choice during the first generation of mobile net, when CPUs and the mobile network speeds were not fast enough. However now we're moving into the next era of mobile internet, these problems no longer exist. Moreover, having separate apps just means great obstacles in the user experience. We hope to break down these obstacles."

"We believe the next generation of mobile internet will be more open, more ecosystem-oriented instead of being a closed loop. Ironically, Apple's over-dominance, lack of internet-thinking and the closed off nature of its systems, all hindered innovation in the internet mobile industry," Jia said.

This is not the first time that Jia has slagged off Apple. He once compared Apple to Adolf Hitler, describing the company as an "arrogant regime" that embraces "tyranny."

Last modified on 26 April 2016
Rate this item
(6 votes)
Tagged under
More in this category: « Apple entertainment booted out of China Quip aims to renew cross-platform document collaboration »
back to top