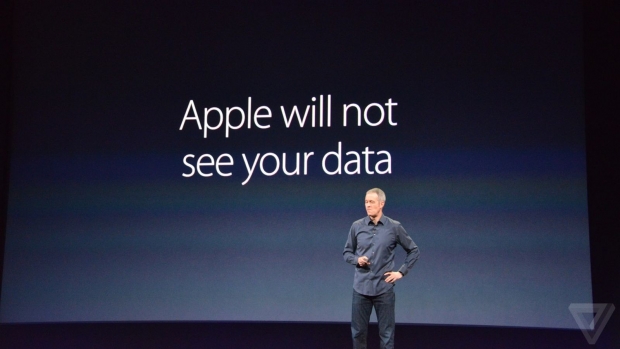 While the fruity cargo cult is publically fighting against the FBI over privacy concerns, it is facing an internal battle using data for advertising.

The only problem here is to do that it has to harvest personal data. It is not a fight that the executives proposing the change are going to find easy. They have to fight Apple’s privacy czars including Jane Horvath who was hired to formalize privacy practices after the 2011 "locationgate" scandal, "Bud" Tribble who and Erik Neuenschwander, scrutinizes engineers' work to ensure they are following through on the privacy agreements.

But it is costing. Apple's iAd which launched in 2010 that aimed to deliver ads inside iPhone apps, with revenue to be split between Apple and app developers failed to attract advertisers because no one could see how the ads were working.

Siri also required major back-end surgery so that the voice data on what users say to Siri should be stored separately from personally identifiable information.

During an update of the Spotlight search feature for the 2014 edition of Mac software, the privacy and engineering teams had to work closely to come up with a way to keep users' search logs on Apple servers that would give engineers the data they wanted without raising privacy concerns.

Advertising should be less of a problem in the short term. After all Jobs Mob charges an arm and a leg for its products and although sales are falling they will not die off overnight. But this is more than just a money making issue. While Microsoft and others have worked out that one of the best ways to make software useful is to personalise, Apple is actually scared that personalisation will involve private data being leaked out.

All up Apple has a problem. It can’t use data effectively either to make money or enhance user experiences. So while being worried about user privacy on one hand is good, it its narrow interpretation is going to strangle innovation. There are those in Apple who know this, and are working to fight it and equally there are those who are closely fighting against it. It will be interesting to see who wins.