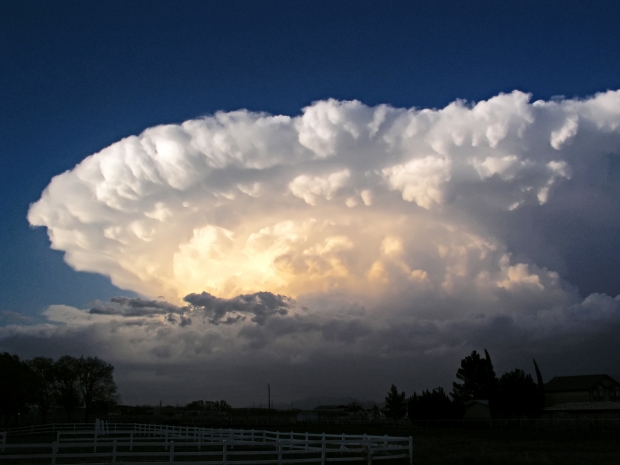 A cloudy future is now a good thing

Software King of the World Microsoft beat the predictions of the cocaine nose jobs of Wall Street by reporting a quarterly revenue and profit which was bolstered by cost cutting and growing demand for its cloud products and services.

Chief Executive Satya Nadella has focussed on cloud services and mobile applications on the basis that he will see slower growth in its traditional software business. The fact that companies are moving much of their data onto the cloud proved a bright lucrative.

"The enterprise cloud opportunity is massive, larger than any market we have ever participated in," Nadella said in a conference call.

Since he took over Nadella has seen  Redmond's shares climb more than 26 percent even as the broader market has dropped five  percent. The shares rose three  percent in after-hours trading.

Revenue from the "intelligent cloud" business, which includes products such as its Azure cloud infrastructure and services business along with other noncloud products such as traditional servers, rose 5 percent to $6.3 billion.

Perhaps a better indicator of its cloud strength is what the company calls its combined cloud business, on track for $9.4 billion in annual revenue, the company said. This part of the company makes  Azure plus other businesses like Office 365 and it is up 15 percent from the $8.2 billion revenue it estimated last quarter.

Total revenue, however, fell 10.1 percent to $23.80 billion, squeezed by a strong dollar as well as a weak personal computer market that has reduced demand for Microsoft's Windows operating system. On an adjusted basis, revenue fell to $25.69 billion but beat analysts' estimates.

Microsoft generates more than half of its revenue from outside the United States.

Revenue in the business that includes Windows fell 5 percent to $12.66 billion. Windows revenue  normally is tied to the success of PCs which fell 10.6 percent globally in the December quarter from a year earlier, according to research firm IDC.

Microsoft's net income fell to $5 billion, in its second-quarter ended December 31 from $5.86 billion a year earlier.

Analysts on average had expected revenue of $25.26 billion.

Last modified on 29 January 2016
Rate this item
(1 Vote)
Tagged under
More in this category: « Facebook launches live streaming for iOS users in US Games move Sony foward »
back to top