Facebook launches live streaming for iOS users in US 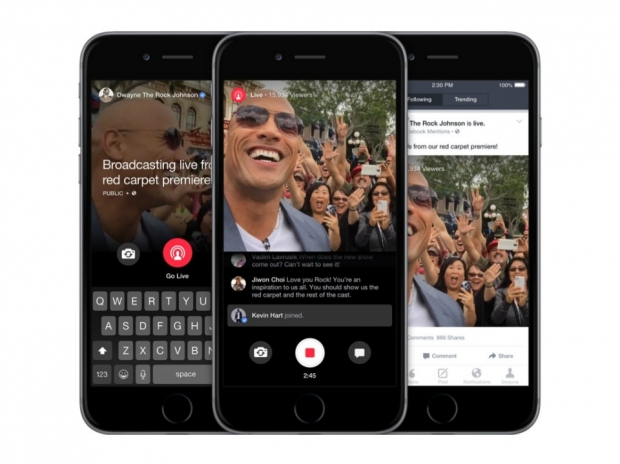 On Thursday, the world’s largest social networking platform has just made live streaming available as an option to all Apple iOS users in the United States. The update marks the first time the company has made the feature widely available.

Back in August, Facebook first began rolling out a limited public beta trial of its live video feature. However, the trial was limited only to people who use the company’s “Mentions” app, which is catered towards celebrities and other public figures.

Similar to Meerkat and Periscope, Facebook’s “Live” feature allows users to toggle between their iOS device’s front and rear cameras, check how many people have tuned in, and view and hide their comments. Videos of the full live stream session are then saved to the user’s Facebook page. 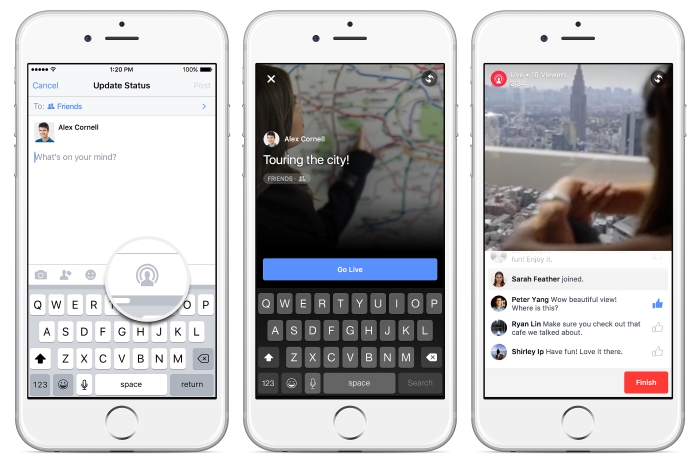 During last year’s F8 keynote, Facebook’s Director of Platform and Products, Deborah Liu, told the audience that roughly 500 million Facebook users watch over 3 billion videos per day. On Wednesday during its latest quarterly earnings call, these numbers were updated to translate to roughly 100 million hours of video content per day.

For now, live streaming from an iOS device is pretty straightforward. Simply launch the Facebook app, tap on the “Status” icon and tap the icon with blue text hovering over it that says “New! Record and share live video.” After tapping the “Continue” button, the app will ask you to enter a live video description and select an audience – Public, Friends, or a custom list (you can even share it with just yourself if you choose). If video is captured in landscape, comments will appear on the right side. If captured in portrait mode, comments will appear below the stream. 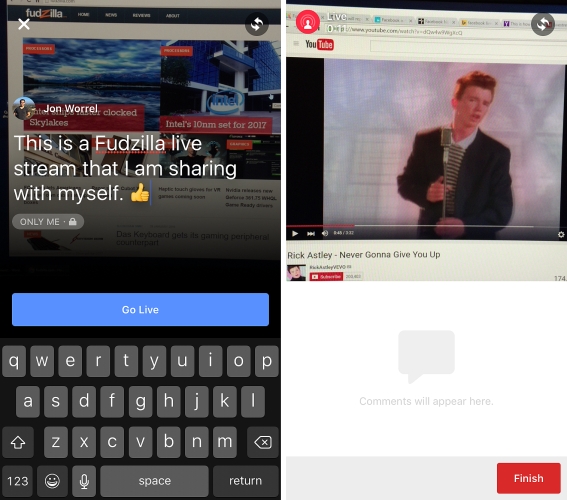 Notifications for the new live streaming service work a bit differently than they do on Periscope, however. With Facebook, live stream notifications are sent out only to close friends, rather than all of a user’s contacts. There has been some criticism, however, around the ability to even find live streams on Facebook to begin with if the company’s filtered newsfeed always sorts content based on a user’s highest levels of engagement with other pages and profiles. If a live stream gets a lot of viewers and feedback, Facebook’s algorithms can automatically push it higher in the feed so that it’s more visible.

As of December 2015, over 934 million people are using Facebook’s mobile app to connect with each other and share information. With its live streaming initiative, the company is ultimately trying to get an otherwise large mainstream population to jump in front of a live camera for the first time, rather than getting any live stream number gains over its nearest competitors.

Last modified on 29 January 2016
Rate this item
(1 Vote)
Tagged under
More in this category: « Das Keyboard gets its gaming peripheral counterpart Microsoft beats Wall Street predictions »
back to top