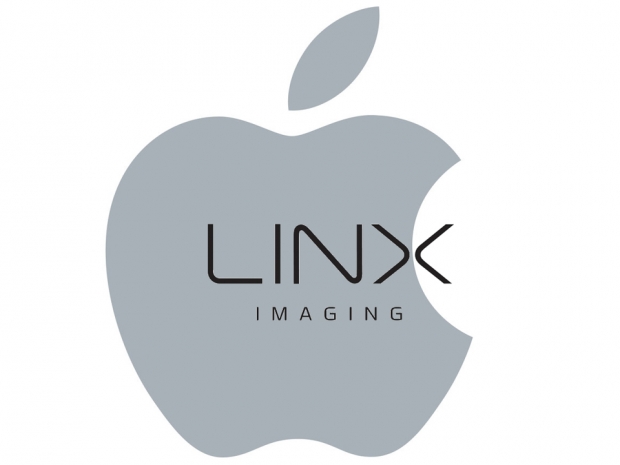 Telephoto and wide-angle lenses side by side

Apple’s upcoming tenth-generation 2016 flagship smartphone device, let’s just call it the “iPhone 7 Plus,” is expected to come in a dual-camera configuration on the back side, according to well-connected KGI analyst Ming-Chi Kuo.

In a note released to investors Wednesday and obtained by AppleInsider, Kuo says Apple will continue the “two separate models” trend started by the iPhone 6 in 2014 and predicts the company will launch two new models again in 2016. The big difference this time, he says, is that the “Plus” option will have two sub-models to choose from.

More specifically, he’s predicting that the standard 4.7-inch iPhone will feature the usual single iSight camera on the back. The larger next-gen iPhone “Plus” model, however, will offer two options. The first option will have a usual single iSight rear-facing camera, while a second option will have dual iSight rear-facing cameras for increased flexibility.

According to an Apple patent filing with the U.S. Patent and Trademark Office in April 2015 for a “small form factor telephoto camera,” it appears the company has been busy at work engineering ways to fit two cameras into its lineup of mobile iOS devices. The patent proposes a small-format telephoto camera that can be used in conjunction with the current normal-to-wide angle camera found on all current iPhone and iPad models. 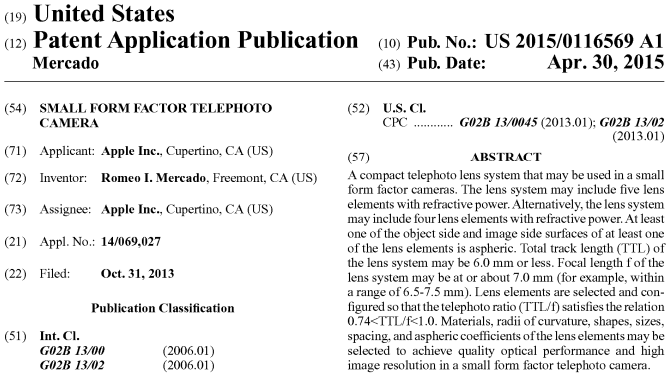 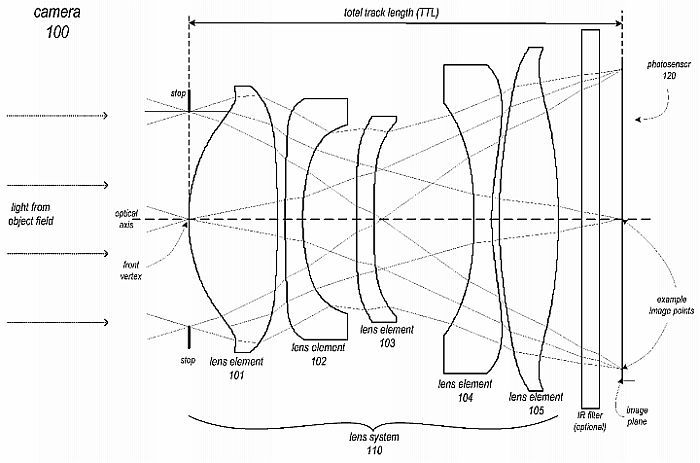 Like current iOS rear-facing camera lenses, the patent notes that the camera sensor will use pixels sized at 1.2 microns or less. The document also details a variety of light spectrums, optical prescriptions, solutions for chromatic aberrations, and many other interesting pieces of technical information, all of which can be found here.

The patent description also seems to fit a larger narrative of Apple’s dual-camera story. In April 2015, the company acquired LinX Imaging, an Israeli company specializing in multi-aperture imaging technology. LinX develops camera technology similar to the Duo camera found on the HTC One M8. The acquisition cost the fruit-themed giant $20 million, but it ultimately gained them access to a wide range of significantly smaller lenses than those found on current iPhone models, along with special software to produce both 2D and 3D high-resolution, DSLR-quality images. LinX says it can even reduce the lens height on the iPhone 6 and 6S cameras by 1.4 to 2 times their current values. This would be of great value to millions of iPhone owners who have grown particularly weary of the giant camera bulge protruding from the backs of their devices over the past year and a half.

“The LinX cameras not only capture 2D images but also acquire very accurate depth information of the complete scene,” the site notes. “We allow apps to freely use the 3D information captured by our camera to achieve amazing new features such as the ability to refocus an image after it has been captured, measurement of the true dimensions of objects, 3D object modeling and real time background replacement for video calls.”

Similar to previous iPhone advancements, the upcoming dual-camera system is expected to be in short supply. Kuo reasons that Apple will introduce both single-camera and dual-camera versions of the next-generation iPhone “Plus” model in order to make up for supply constraints as production ramps up. Only until the eleventh-generation “S” refresh models are released (sometime in the second half of 2017) should supply levels of dual-camera optics be optimal enough for a full replacement of the single-camera sub-model.

We take a slightly different analysis on the dual rear-cameras approach and think Apple could be getting prepared to jump into the middle of the mobile 3D depth-sensing business. Similar to the Lytro ILLUM light-field camera that was released, Apple's next-generation iPhone "Plus" dual-camera model should also be able to refocus images after they have been captured and yet obtain the original richness and depth of a given scene. It is certainly a great way for Apple to differentiate an otherwise highly-successful iPhone product line that has now reached a plateau when viewed next to its nearest competitors (some of them, arguably, have also reached the same mid-decade innovation plateau). We aren't the only ones to notice that the company's integrated hardware-software ecosystem doesn't quite stand out like it did before the days of iOS 7, 8 and 9.

There is currently no word on pricing, but it is assumed that the ultra-flagship, dual-camera iPhone “Plus” model will be costlier than its single-camera counterpart. Kuo also estimates that the dual-camera model should account for roughly 25 to 35 percent of total tenth-generation iPhone “Plus” shipments in 2016.

For the past several years, Kuo has been cited as “the world’s most accurate Apple analyst” by BusinessInsider and the “most reliable industry watcher on the planet when it comes to Apple” by BGR. Nevertheless, he also remains a very mysterious person, refraining from interviews and working through shadowy sources throughout Apple’s vast supply chain that spans many parts of east Asia. Nevertheless, in a rare interview with DigiTimes in May 2010, he mentioned a secret Apple codename for a part that had not been released at the time, suggesting that he may have internal connections within the company itself. CultofMac has released his full accuracy scorecard up to 2015 which can be found here. 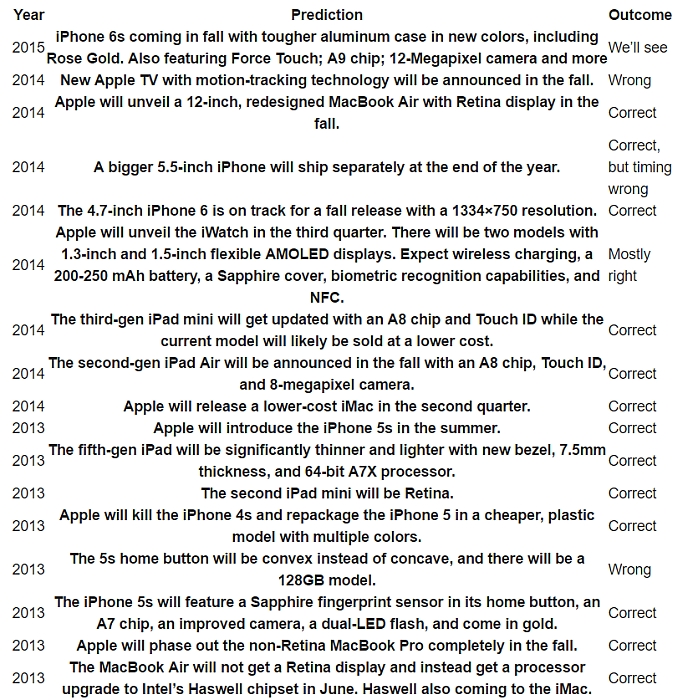 Last modified on 27 January 2016
Rate this item
(3 votes)
Tagged under
More in this category: « AMD will not go bust this year VMWare cuts jobs on cloudy results »
back to top