Analyst calls for “Clueless Cook” to be replaced 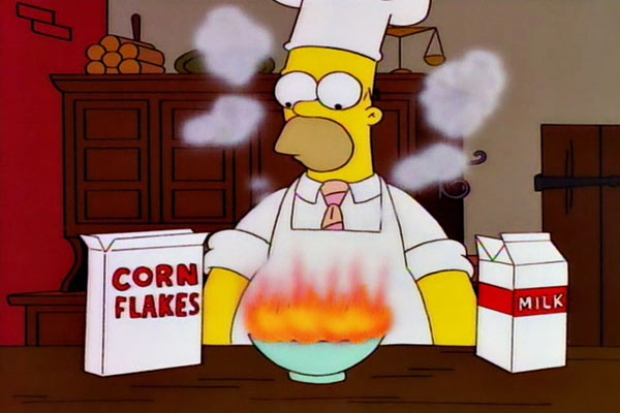 Apple is doomed if it doesn’t

Trip Chowdhry of Global Equities Research has called for the “completely clueless” Apple CEO Tim Cook, to be replaced.

We don’t know if Chowdhry reads Fudzilla but he appears to at the very least agree that Apple is doomed and he is blaming the man who Apple Messiah Steve Jobs handed the company over to – Tim Cook.

Apple’s shares fell hard in the second half of 2015, and is now down more than 25 per cent  from its July high and it looks like things are going to get much worse as Apples only significant product, the iPhone slumps.

But what is worrying Wall Street is that no-one in Apple appears to care. Its management appears to believe its own marketing and thinks it is an innovative company which invents new products that everyone buys. To be fair it never was, but at least its marketing could convince enough of the world that this was the case.

Wall Street sentiment has started to shift for Apple, and the shares are dangerously close to a new 52-week low after falling below $100 for the first time since August. Apple’s stock is actually at its lowest level since October 2015.

With the iPhone 6s failing and the iPhone 7 not around until the second half of the year, Jobs Mob really has nothing. The new iWatch, which is basically what the old iWatch should have been, is unlikely to sell well. Apple made a huge mistake of issuing product which was out-of-date when it arrived and with none of the health features which would have made users go “wow.” It sold few of the devices and many users questioned if they would buy another.

New services like Apple Pay and Apple Music have also not gained the expected traction thanks to the fact that there is a lot of better competition out there.

In fiscal 2015, which ended in October, Apple recorded $234 billion in total net sales. Of that figure, the iPhone tallied $155 billion, or 66 per cent. The next biggest category, the Mac computer segment, accounted for less than 10% of sales. 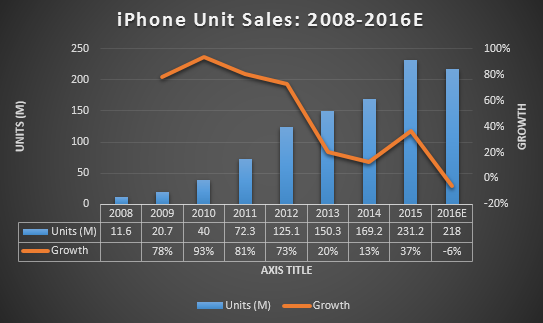 What’s more, the iPhone’s share of Apple’s revenue has only grown. In 2014, the smartphone was worth 56 per cent of sales and in 2013 just 53 per cent. That means the iPhone is more important than ever before.

So a huge cut in iPhone production means the beginning of Apple doom and this really is all Tim Cook’s fault, at least according to Chowdhry.

To be fair to Cook, Chowdhry is not the best commentator on things Applish. In the past he made a couple of silly comments about how Apple would only be saved if it put out an iWatch. Cook himself cannot he held entirely responsible either. He inherited a company which was built around taking something that had been widely rejected, marketing the hell out of it and convincing people they really wanted it. It worked when you had an archetypal snake oil salesman like Steve Jobs. But also Jobs had it easy. There were some interesting products to choose from.

To save itself Apple needs to spend a lot of its cash pile researching real innovations and getting them to market. Its managers need to lose their smugness and behave like a real company rather than a self-obsessed cult.

I have no doubt that they will fail to do this completely, simply because the reality distortion field around Apple will continue to tell it that it is “super, cool, and innovative” long after they have had to sell their Spaceship HQ to keep afloat.  Hell, if we could see this two or three years ago we can't understand why Cook and his chronies couldn't.