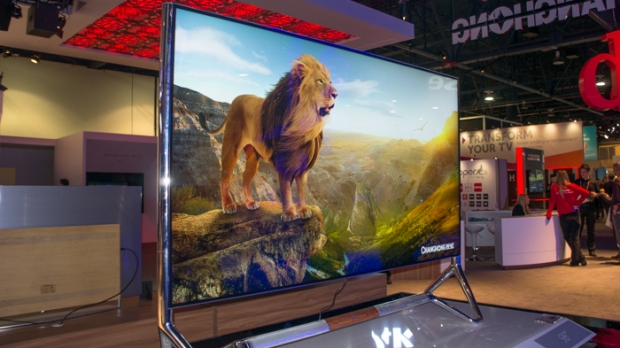 For starters, the Changhong 98ZHQ2R 8K Full UHD set packs 7680x4320 pixels, the usefully functional Android 4.4 operating system, the HDMI 2.0 specification, a Mobile High Link (MHL) port and some USB 3.0 ports. More importantly, however, is the display’s use of a Wide Color Gamut, which offers a wider color space than sRGB and Adobe RGB color spaces. 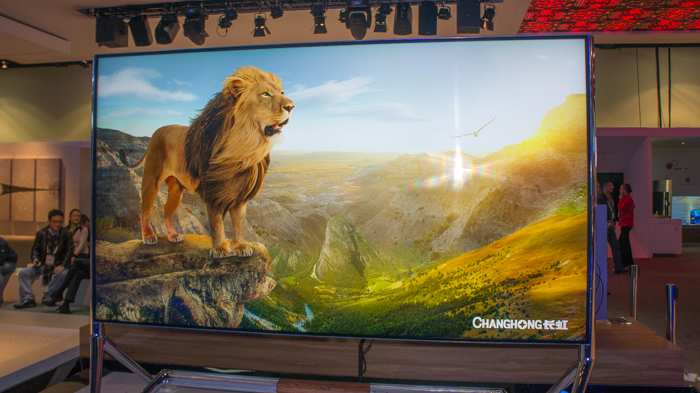 We are unsure of how well this display set adapts to the ITU’s Rec.709 and Rec.2020 specifications and have reached out to the company for more information. 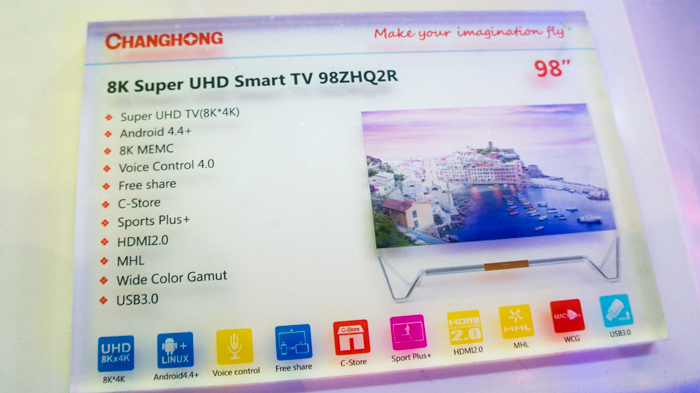 Unfortunately, the HDMI 2.0 specification tops out at 4K (4096x2160p) 60Hz over a single link. Other than through Internet video sources, we are unsure how an 8K 7680x4320p display such as this one would provide a native 8K picture from a physically connected device unless it also had a DisplayPort 1.3 connector. This would at least allow for 7680x4320p at 30Hz with 24-bit color.

Pricing for Asian and European markets is currently unknown, and we have reached out to the company for more information regarding this curious 98-inch wonder that is at least four years ahead of its time.

As we've said in our story on the Hisense 98-inch 8K ULED 3.0 MU9800U, you’ll notice that this and other 8K 7680x4320p television sets will be able to play a whopping eight YouTube clips filmed by non-amateur videographers. They include Patagonia 8K, Ghost Towns in 8K, Norway in 8K, Saturn Timelapse in 8K, Haleakala National Park in 8K, Tokyo Timelapse Demo in 8K, Tokyo HDR Timelapse in 8K, and a Highway, Shipyard and Soccer Field in 8K. 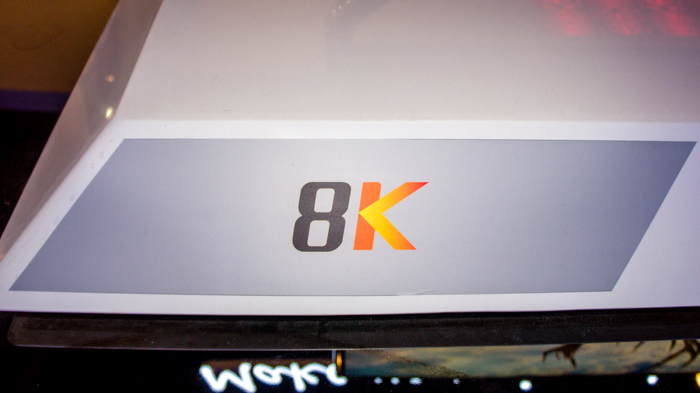 Last modified on 14 January 2016
Rate this item
(2 votes)
Tagged under
More in this category: « Nvidia puts more of its deep learning under the bonnet of cars Analyst calls for “Clueless Cook” to be replaced »
back to top