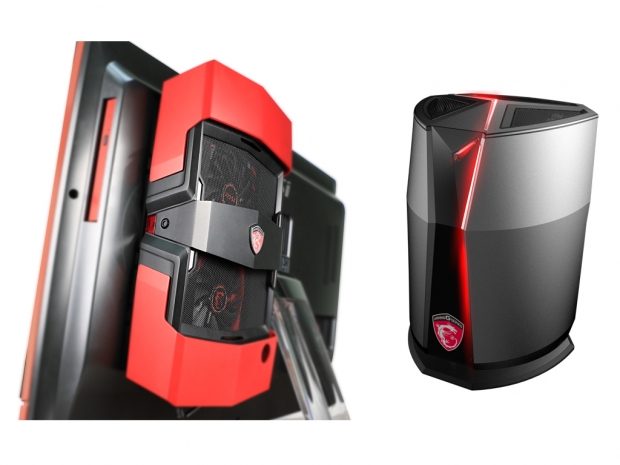 MSI has brought a couple of interesting products to CES 2016 show in Las Vegas and some of theose included a 27-inch all-in-one (AiO) gaming system with external graphics box as well as new gaming system that takes a page out of Apple's Mac Pro design book.

The new MSI Gaming 27XT AiO looks like a standard All-in-One system with a 27-inch screen and Intel's 6th generation Core Skylake CPU, at least until you take a look at the back, which features an external graphics card box, which supports up to GTX Titan X graphics card. The system will probably have a few options when it comes to hardware, including plenty of Skylake CPUs, couple of panel choices, including full HD 1920x1080, QHD 2560 x 1440 at 144 Hz and a 4K/UHD 3840 x 2160 running at 60 Hz as well as two M.2 slots for PCIe SSDs in RAID 0 and more.

Although MSI did not provide any detailed specifications, it appears that the external box is connected via some PCIe extender and connects to the AiO via DisplayPort port. The AiO also packs some MSI gaming features like Nahimic Audio Enhancer and Killer LAN networking.

In addition to the Gaming AiO with external graphics card box, which are by the way quite popular at CES 2016, MSI also unveiled a rather cool looking gaming PC system, called the Vortex Gaming Tower. Winner of the CES 2016 Innovation award, just like the 27XT Gaming AiO, the Vortex Gaming Tower looks a lot like Apple's Mac Pro, mostly due to the cylindrical-shaped 6.5L chassis and what MSI's calls the 360° Silent Storm Cooling design.

The MSI 360° Silent Storm Cooling is a center placed system which draws the air from the bottom and pushes it over components and out through the top of the case, same as on the Mac Pro system. MSI promises that it will be quite quiet, under 37 dBA at full load, and offer superior cooling performance.

According to the provided video and details, the MSI Vortex gaming PC system will be based on Intel's Core i7-6700K CPU and two GTX 980 graphics card in SLI, which should be enough for around 21000 points in 3DMark 11, which is quite an impressive feat for a 6.5L system.

Unfortunately, MSI did not provide any price or availability details regarding the 27XT Gaming AiO but did note that the Vortex gaming PC will be available in March 2016. 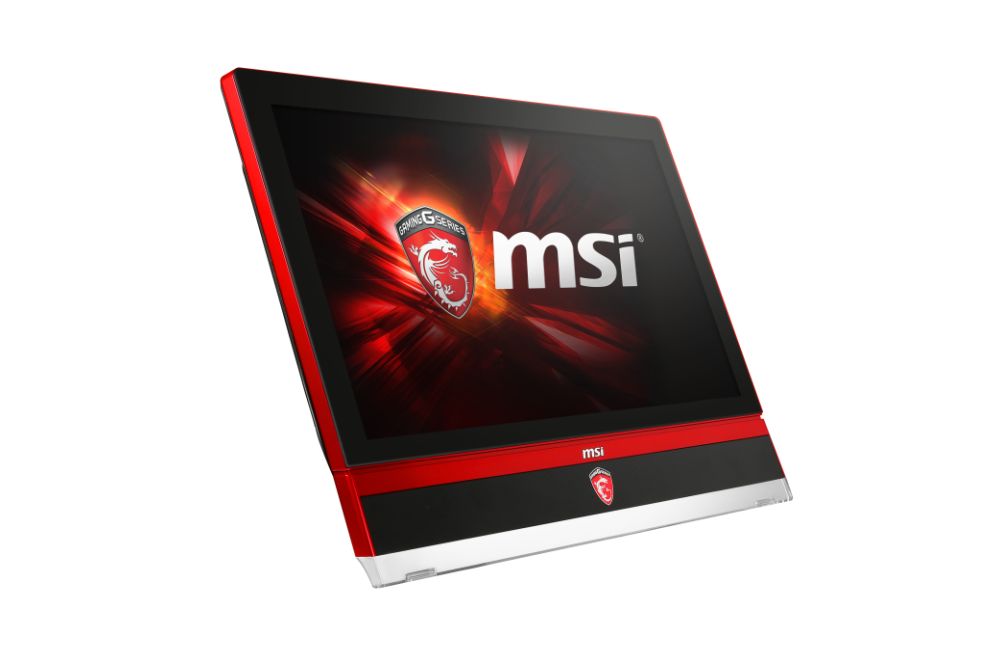 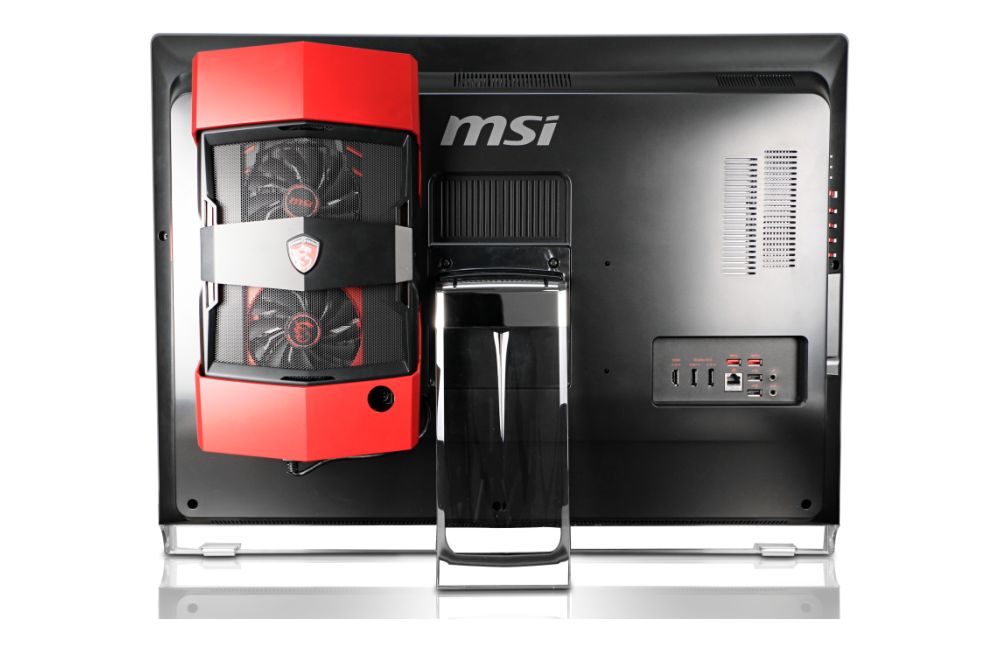 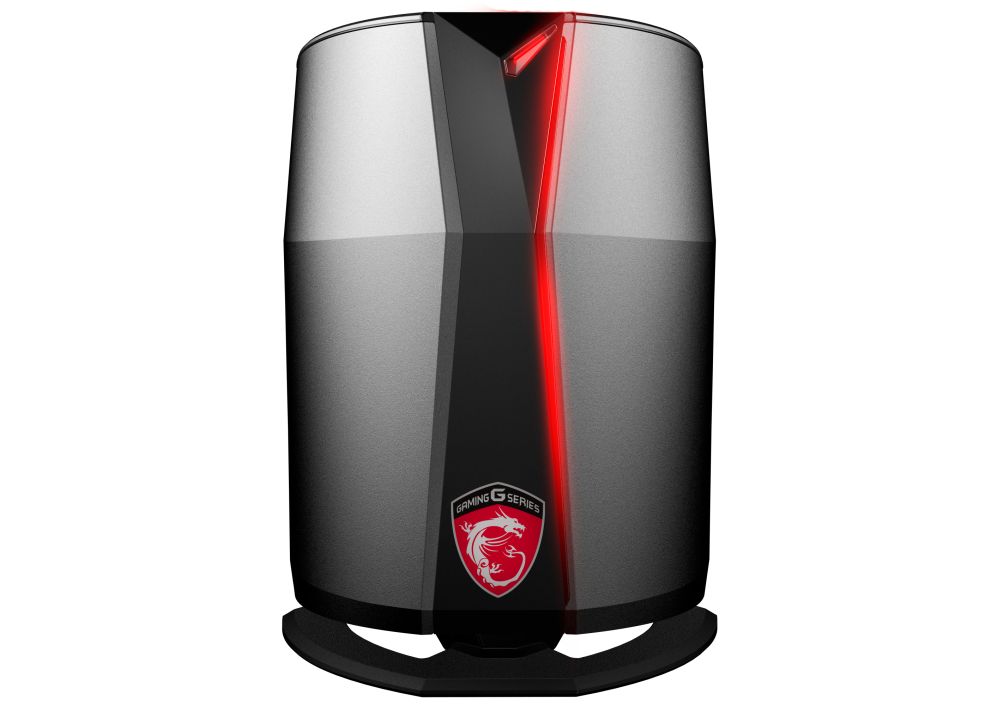 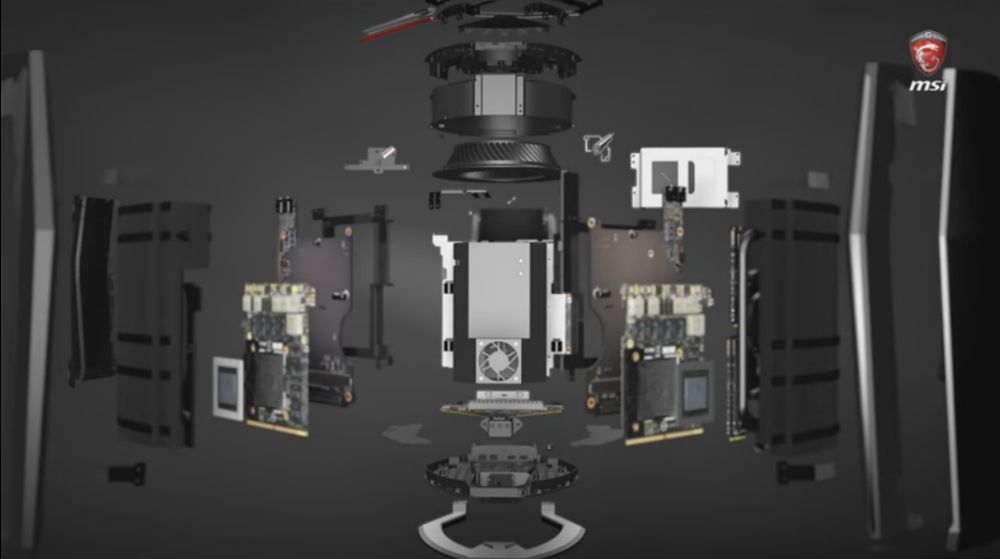