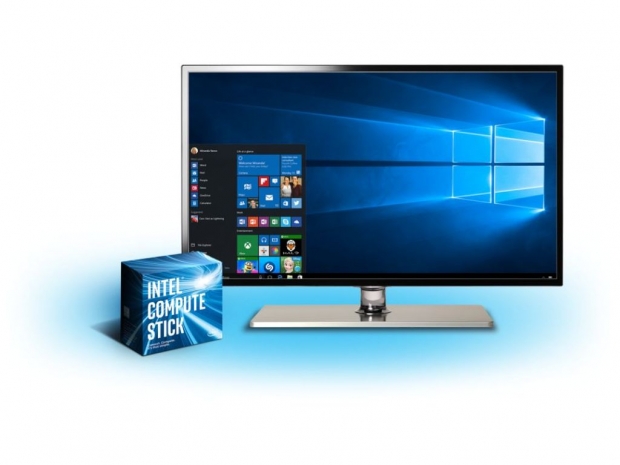 At CES 2016 show in Las Vegas, Intel had quite a lot of new things to show, including a whole new line of Compute Stick devices powered by its latest Skylake-based Core M chips as well as a new entry-level Compute Stick based on Intel Cherry Trail Atom chip.

Although the original Compute Stick, based on Intel Bay Trail Atom Z3735F CPU, was quite enough for such a device, Intel has decided to refresh the lineup a bit as well as give it a bit more performance with the new Skylake-based Core M chips as well as a dual-band 802.11ac WiFi, Bluetooth 4.1 and an additional USB port.

The Core m3 Compute Stick will be available in two SKUs, without an operating system and with Windows 10 OS. The Core m3-6Y30 is a slightly lower clocked part as it works at 900MHz base and 2.2GHz maximum Turbo clocks. It is also a dual core part with Hyper Threading and comes with the same Intel HD 515 graphics card clocked at slightly lower maximum frequency of 850MHz. Unlike the Core m5 chip, this one lacks Intel vPro technology.

All three SKUs, based on the Core M parts will also feature 64GB of eMMC storage and 4GB of RAM.

In addition to the Core M-based Compute Sticks, Intel also unveiled a new entry-level Cherry Trail Atom Compute Stick. This one is based on a Cherry Trail Atom x5 Z8300 quad-core SoC, clocked at 1440MHz base and 1840MHz maximum Turbo clock and lacks Hyper Threading support. It also comes with 32GB of internal storage and 2GB of RAM. While it has the same 802.11ac dual-band WiFi, this SKU comes with Bluetooth 4.0 and only two USB ports. This one will also be available without an operating system and with Windows 10 OS.

The new entry-level Atom-based Compute Stick, the STK1AW325SC, is already in production and should be available soon with a price tag of US $159. The Core M-based models are a bit more expensive as the Core m3-based one, the STK2M3W64CC, is priced at US $399, while the more powerful Core m5 model, the STK2MV64CC, will be priced at US $499. Both new Core M-based Compute Stick should be available in February. 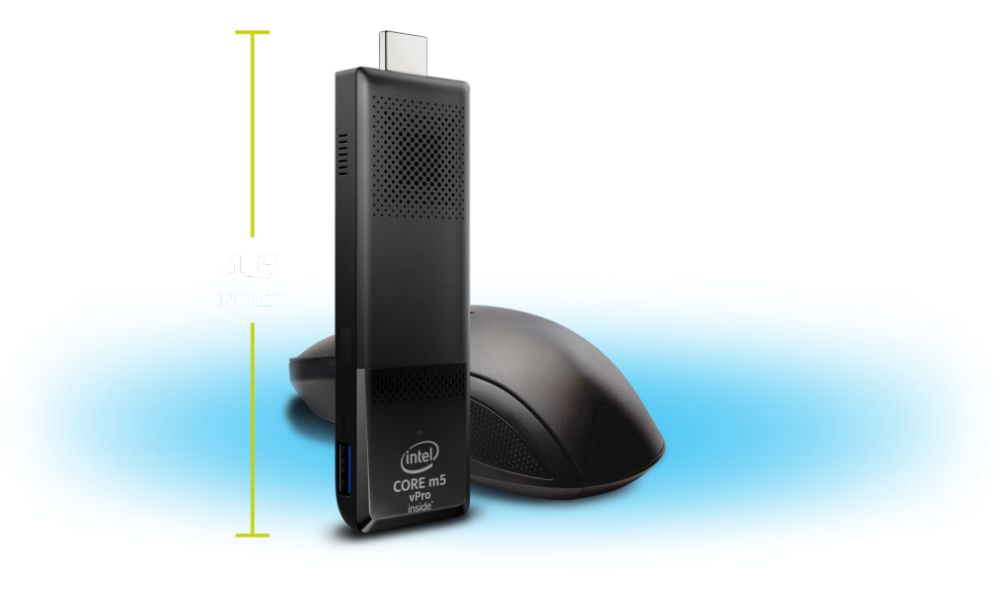