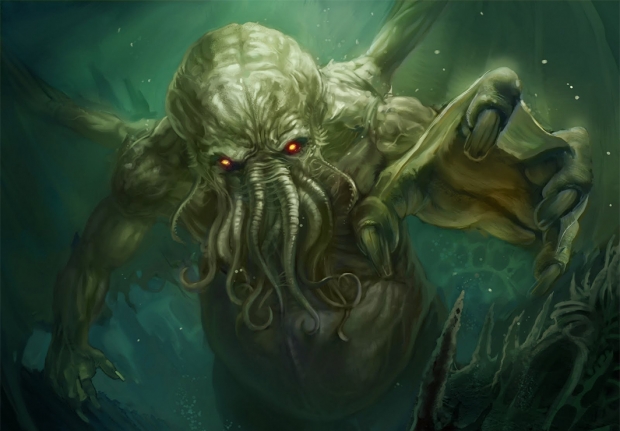 Upgrade or Yog-Sothoth will eat your soul

Software giant Microsoft is getting so desperate to have its users upgrade to Windows 10 it has started spreading FUD about its own Windows 7 operating system.

Talking to Windows Weekly Microsoft Marketing chief Chris Capossela explained that users who choose Windows 7 do so “at your own risk, at your own peril.”

He warned that Redmond has concerns about its future software and hardware compatibility, security and more. In fact every time a person turns on Windows 7 machine a baby dies and a bag of kittens is dropped in a river.

Capossela said: “We do worry when people are running an operating system that’s 10 years old that the next printer they buy isn’t going to work well, or they buy a new game, they buy Fallout 4, a very popular game, and it doesn’t work on a bunch of older machines. And so, as we are pushing our ISV [Independent Software Vendor] and hardware partners to build great new stuff that takes advantage of Windows 10 that obviously makes the old stuff really bad and not to mention viruses and security problems.”

He also stressed it is “so incredibly important to try to end the fragmentation of the Windows install base” and to get users to a “safer place”. So Windows 7 is now the Great White Shark of operating systems and Windows 10 is Roy Scheider with a bigger boat.

While Microsoft should be the expert of its own operating system, it is fairly clear that Redmond’s attempts to cast Windows 7 as the software equivalent of the Taliban is mis-placed and stupid.

Perhaps the biggest problem though with Capossela’s comments is that they were not quite, but were completely and utterly untrue. Windows 7 is no less secure than Windows 10 (it will be supported until 2020) and no less compatible with new hardware and software.

At the moment because it has a bigger market share it means that developers’ have to make it work. It also has greater compatibility with legacy programmes and peripherals. If Fallout 4 won’t run on your Windows 7 computer, it will be upgrading your components not installing Windows 10 which fixes that.

The other issue is that Microsoft itself has created its own reasons for not upgrading to Windows 10. It has written a pretty good operating system which was certainly better than Windows 8. But then tiggered the whole thing by bringing out mandatory updates, dodgy spyware and being as controlling as Apple. If it fixed those problems, then users would be happier to update and not need to be scared into doing so with bogus fears about their perfectly serviceable Windows 7 machine.

Last modified on 04 January 2016
Rate this item
(29 votes)
Tagged under
More in this category: « AMD claims 2016 will be “the year of high-end CPUs” Carrizo APU will go Zen this year »
back to top