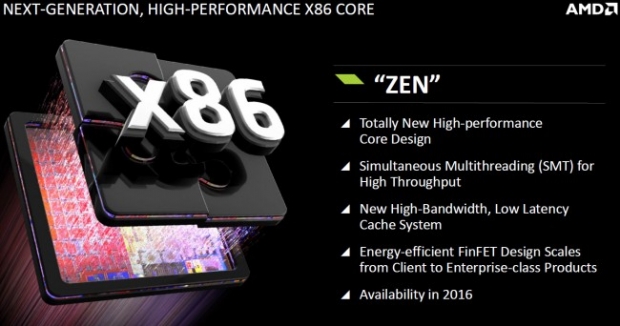 According to a recent report from MKM Partners, chip manufacturing giant AMD has received a “neutral” stock rating to end 2015, citing “mild pricing trends.”The rating suggests that the stock is expected to perform in line with the expected returns of the market.

While the price of AMD’s stock has risen over 70 percent in the past few months, it is important to take into consideration the company’s prospects to fuse more competition into the market in 2016.

The MKM Partners report notes that both AMD and Nvidia are meeting the rapidly expanding “addressable” gaming market that enjoys a sales boost from consumers who are now using their GPU technologies more frequently in the entertainment market (gaming consoles, tablets and mobile devices) versus traditional desktop gaming and notebook gaming environments.

The red team earned $1.06 billion during the third quarter of 2015 compared to analysts’ expectations of $995.80 million. However, business revenue for the quarter was down 25.8% on a year-over-year basis. The company is estimated to report earnings for Q4 2015 on January 19th. 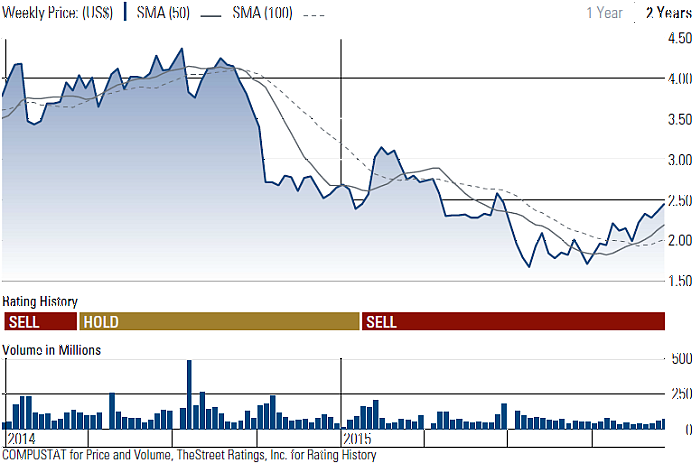 Zen CPU core will either make or break AMD in 2016

Back in May at its 2015 Financial Analyst Day, the company introduced “Zen,” its upcoming high-performance x86 core that is anticipated to finally bring competition back into the CPU market. Zen will be the first ever CPU core from the company to adopt SMT (Simultaneous Multithreading), a new unified AM4 socket and support for DDR4 memory.

In our opinion, the Zen lineup could not come at a better time. Moore’s law, the observation that the number of transistors in a dense integrated circuit doubles approximately every 18 to 24 months, has been on the rocks for the past few years and signs of innovation plateau are starting to show. Intel, for instance, is releasing three iterations of 14-nanometer chips due to scaling issues at the 10-nanometer process node.

AMD's Zen core will be built on the more efficient 14-nanometer process node as well, but it needs to be free of yield issues at launch in order for the company to remain competitive in the high-end desktop segment. Intel also plans to remain aggressive with its 14-nanometer process nodes, releasing yet another architecture on the same process later this year and will likely retain the same competitively low pricing on its low-end range. This means that AMD needs to step-up its high-end consumer CPU business as this is one of the few areas where the company really has potential for a “huge make” or a “huge break” in 2016.

Historically speaking, AMD’s high-end CPUs have been largely unsuccessful for the past decade, particularly the first-generation iterations. As SeekingAlpha notes, it is not clear what AMD means when it says instructions per clock (IPC) per core is 40 percent improved over its Excavator core. Zen will be a multithreaded architecture, similar to Intel’s current designs. If it is 40 percent faster while running two threads, this is a very different performance number than comparing it head-on with Intel CPUs running one thread. 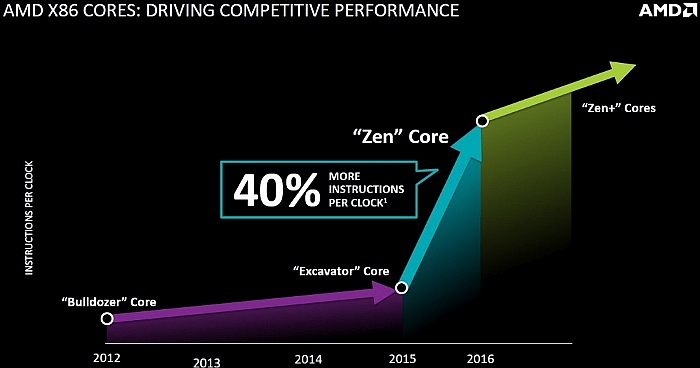 Last modified on 04 January 2016
Rate this item
(7 votes)
Tagged under
More in this category: « 4K Ultra HD Blu-ray disc format to make its big debut at CES 2016 Microsoft spreads FUD about Windows 7 »
back to top