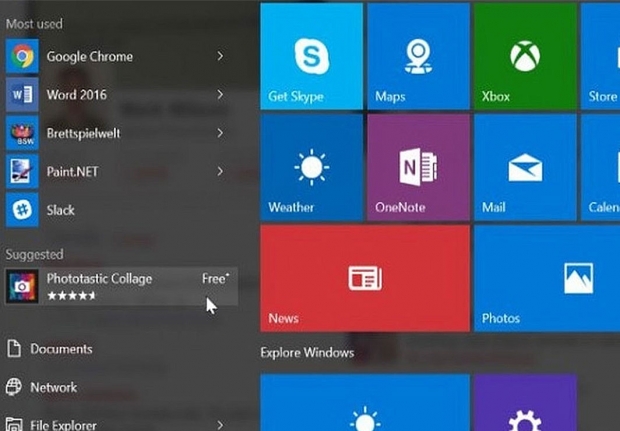 You get nothing for free

Those who really believed that Microsoft was going to not make any money off the back of Windows 10 will be disappointed to discover that the software giant is experimenting with adverts.

In build 10565 of Windows 10, Microsoft is beginning to test advertisements for apps.

To be fair it is pretty discrete and is placed on the Start menu and it can be switched off. Having seen US telly’s obsession with an advert every two seconds, we are concerned that it is only a matter of time before we get full screen demands to fill in customer satisfaction sudden shouting videos which themselves on forms (funny how no browser company has worked out how to stop those).

All Redmond is doing now is suggesting an app displayed by Microsoft is from the Windows Store and the advertisement is placed on the Start menu. Since the ad is right below your most used apps, it is quite prominent.

Since the app suggestions are still only part of a test. As long as the ads can be easily turned off, they don't greatly affect Windows 10, but the question is, who is actually going to keep them and how long will it before they have to be made compulsory.

Last modified on 20 October 2015
Rate this item
(7 votes)
Tagged under
More in this category: « Amazon sues over fake reviews IBM allowing Chinese government to look at source code »
back to top