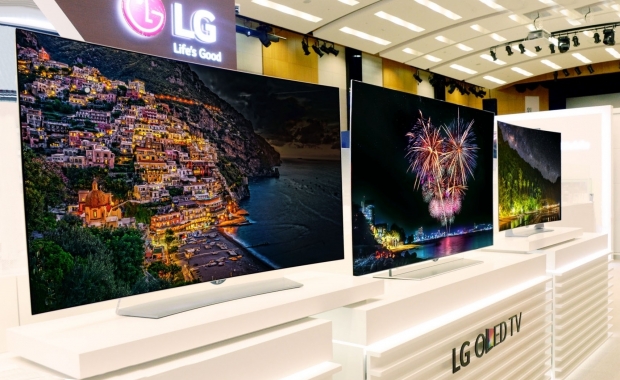 After several years of basically no news, the TV market is exciting again. LG wants to be a leader of the pack and they've announced several amazing new products in the 4K OLED HDR TV lineup.

IFA saw a number of cool product launches that will take tech journalists a few weeks to process. We've covered some of them and will keep discussing some of the more interesting developments. Honestly, we didn't expect to be talking TVs too much, but surprise, we feel like there is definitely something to cover here.

LG is doubling its offering of OLED TVs this year. And the new models are definite stunners.

OLED by definition produces perfect blacks and quite vibrant colours, which provides a definite improvement over LED and plasma screens (remember those?). LG has been talking a lot about very wide dynamic range with their HDR development and it surely sounds like an interesting technology, as long as there is content to support it.

But the company isn't stopping there. They've just launched a new set of OLED TVs with 4K resolution that are also ridiculously thin. We wrote yesterday that Sony's 4.9mm thin TVs are the thinnest in the world, but along came LG and now we have a new record. 4.8mm is the new black in TV fashion.

We can hardly wait to put a TV on our wall that will be barely visible from the side. It's almost like a coat of paint on the wall. A ridiculously high resolution, beautifully colourful, dynamic coat of paint. Man, to think that Moon landing was shown in terrible quality black and white only a few decades ago...

Among these will be 65- and 55-inch 4K high dynamic range (HDR) OLED TV sets (models 65/55EF9500 and 55EG9200) and a curved OLED TV (model 55EG9100). The EF9500 units feature the industry’s first flat 4K resolution OLED displays while the 55EG9200 and 55EG9100 measure an incredibly slim 4.8mm. With an expanded 2015 OLED TV lineup — which includes nine models offering a diverse range of resolutions and frame types — LG is keen to demonstrate its commitment to making OLED’s unparalleled viewing experience available to more consumers.

Image quality is only a part of the story, though. LG's inhouse TV operating system WebOS is at version 2.0 and brings customisation in addition to ease of use. And Harman Kardon makes sure that the sound doesn't appear to be coming from a rusty tin can.

Last modified on 05 September 2015
Rate this item
(15 votes)
Tagged under
More in this category: « Logitech Sorts Out Our Multi-Device Lives Logitech Brings Your Smart Home Together »
back to top