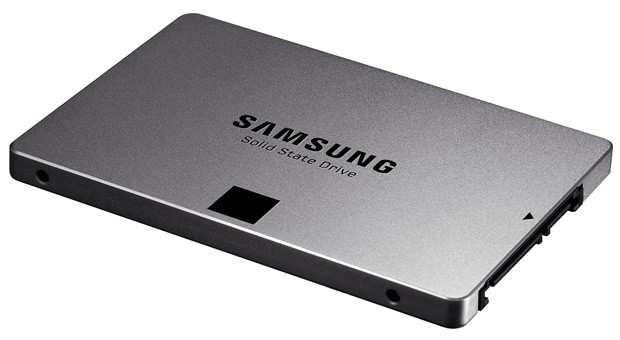 Despite a shrinking PC market, unit shipments for SSD's increased, according to a new report.

Beancounters at Trendfocus have added up the numbers and divided by their shoe size and penned a report with the catchy title Quarterly NAND/SSD report covering the NAND & SSD industries' performance in the second quarter.

In the SSD market, unit shipments increased slightly by 2.9 per cent, despite the fact that a good portion of the volume is tied to a weak notebook PC market.

This was caused by an increase in drive form factor client SSDs in the channel market, as well as an uptick in datacenter demand for SATA SSDs, driving a total of 23.859 million units.

Enterprise SAS SSDs declined 10 per cent while PCIe SSDs in the enterprise segment remained under 100,000 units for the quarter.

Enterprise SATA SSDs were the bright spot in the enterprise market, posting an increase of 48.6 per cent Q-Q as datacentres resumed purchases of SSDs.

Samsung continues to dominate due to its successes in the client space - both from a unit and exabyte perspective and while Kingston showed it can be a major player by focusing on the channel market.

HGST's unit and exabyte share leads the SAS SSD market and Intel continues to dominate the enterprise PCIe market for a second quarter in a row. 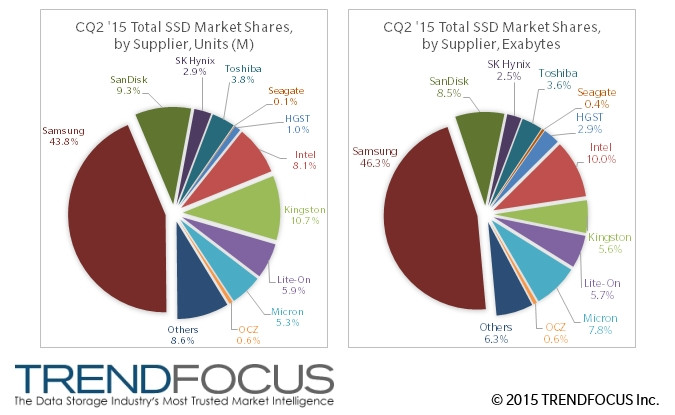