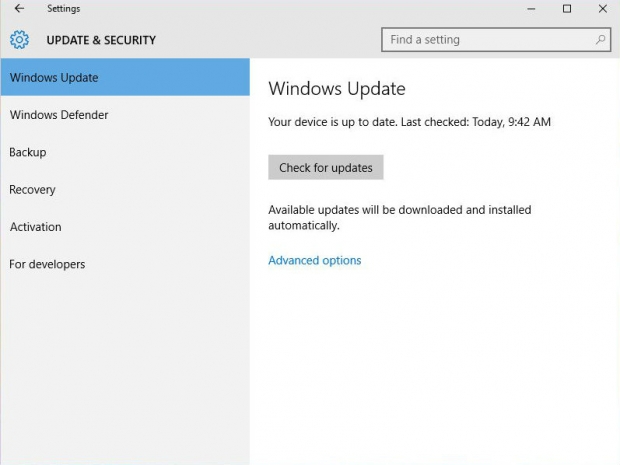 After merely a week from releasing the unfinished Windows 10 unto the world, Microsoft has brought tears of joy to our eyes with the first cumulative update for the exciting new OS the KB3081424.

As far as we can tell, this update is all about stability improvements, what basically should have been in the OS before it went RTM (Release To Manufacturing). However, with Microsoft's new philosophy of continually updating and upgrading Windows 10, it seems that we will just have to get used to our OS being in a state of flux.

If you search for the code online, you'll find quite a few users complaining about botched installations, though, so thread carefully and do create a restore point before applying the update.

I have to report that on my good old Samsung Series 7 slate (more on this machine and my experience using it with Windows 7, 8, 8.1 and now 10 – later), the update worked without a hitch. I'll update the article when I apply the patch to my other PC(s). After reading a few horror stories from Fudzilla staff, I've turned to prayers and meditation before applying every update.

Don't get me wrong gals and guys, I've been testing Windows 10 for months now and I definitely love the direction MS is going with it. My recommendation to you all is to definitely upgrade to the shiny new OS, but depending on how mission-critical your PC is, you should probably give it a few more weeks – at least until the first service update that is promised to come very soon.

Last modified on 06 August 2015
Rate this item
(8 votes)
Tagged under
More in this category: « Fudzilla Chymera growing another big head EU working out data deal with US »
back to top