McAfee arrested in US 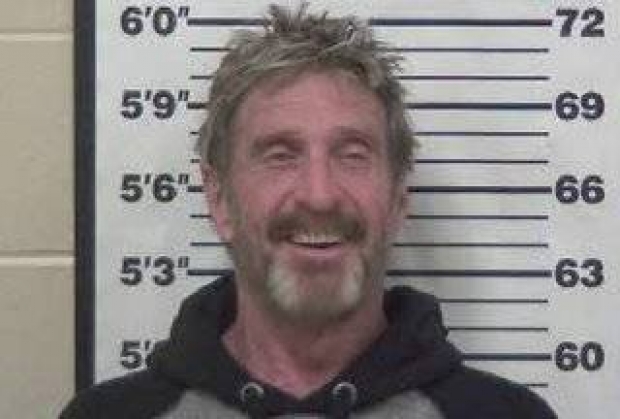 IT bad boy John McAfee fought the law and the law won.

He was arrested in Tennessee for driving under the influence of drugs and possessing a handgun while off his face.

Given that carrying a pistol appears to come with US citizenship and the drug he was using was legal (unless you drive) we don't see him having to skip the country like he did when trying to avoid questioning in a murder case.

It also seems that McAfee does have a pretty good excuse this time. In an email he said:

"Yes, I was arrested while under the influence of Xanax. It was a brand new prescription received the same day of the arrest, and the physician neglected to warn me about driving while taking it. As to the weapons, I always carry them and, unless one is impaired, they are legal to possess and carry."

His mugshot was also released and in it he is laughing. He does tend to have a weird sense of humour, unless it was the Xanax. The arrest occurred on Sunday night on Highway 22 in Henderson County.

Sheriff Brian Duke confirmed to the Jackson Sun that the software pioneer was arrested on Sunday night.

McAfee's company was making $5 million a year and then he flogged it to Intel.

Last modified on 05 August 2015
Rate this item
(4 votes)
Tagged under
More in this category: « Windows 10 fails when updating Why you should not upgrade to Windows 10 »
back to top