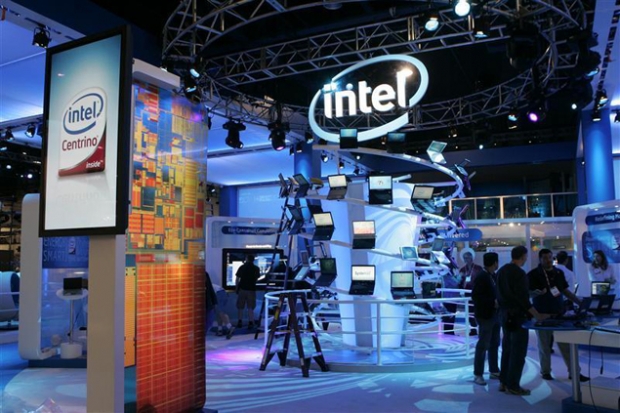 Sales of semiconductors were up eight per cent and reached $340bn according to a report by analyst house Gartner.

The figures were positive growth for semiconductors powering all device categories.

Needless to say that Intel was the top ranking chip manufacturer in 2014, seeing a return to growth after two years of revenue decline and retaining the number one market share position for the 23rd consecutive year with 15 percent.

Gartner thinks that this was down to a recovery in PC production, which saw sales up just under eight percent to $52bn.

Samsung was the second best in terms of semiconductor revenue last year with $34bn in revenue and a market share of 10 percent. However, the 2013-2014 growth was almost double that of Intel's at 13 percent.

Qualcomm came in third with revenues last year of $19bn, growing 12 percent compared with 2013, but with a much lower market share of almost six percent.

The top 25 semiconductor vendors' combined revenue increased by almost 12 percent and accounted for 72 percent of total market revenue, up from 70 percent in 2013.

Across the industry, the memory market was the best performer for the second year in a row, Gartner said, growing 17 percent.

"As a group, DRAM vendors performed best, lifted by the booming DRAM market which saw revenue increase 32 percent to $46bn, surpassing the all-time high of $41.8bn in 1995," he said.

Last year also saw more merger and acquisition activity among the major semiconductor vendors than the previous year, Gartner said, and some announced deals are still to close in 2015.

Rate this item
(0 votes)
Tagged under
More in this category: « Samsung saved by display and chip business Farrell escapes from Apple tyranny »
back to top