Most Brits post pictures on net that they regret 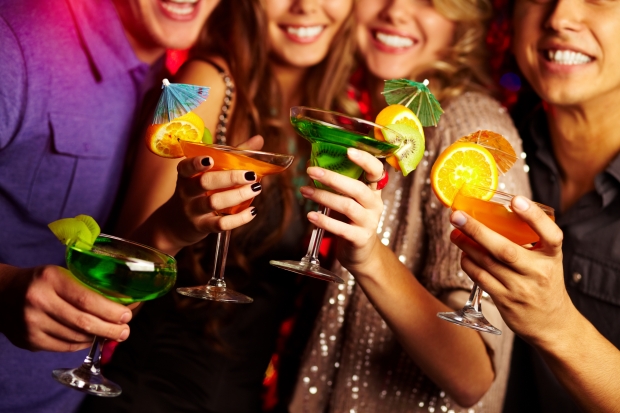 By the time they reach adulthood the average British person has 17 internet regrets after posting something they wish they had not.

These include photos depicting drunk and raucous behaviour to soppy status updates about an ex - the typical Brit frantically deletes 10 posts every year from social notworking sites.

These include drunken rants about the boss, emotional outbursts and voicing an opinion which makes Matteo Renzi look intelligent..

Also there are those unflattering photos, pictures in skimpy clothing and loved up, personal comments about our partners.

Sam Allcock of Custard Online Marketing, which commissioned the study of 2,000 people, said: "In the last 10 years, the number of Brits using social media has grown rapidly - even our grandparents are on Facebook now.

"It's perhaps not surprising that so many adults have regrets lurking on their social media profiles, as our frequent access to smartphones and tablets makes it easier for us to post photos and comments at times we really shouldn't.

"We suspect that everyone has made the mistake of posting too much information online, so at least it's something everyone can relate to."

Unflattering photographs are the first thing to be deleted when they crop up on social media news feeds followed by photos of us in a drunken state.

Lots of people signed up to TimeHop and were shocked to see their newsfeed start to be filled up with cringe worthy posts from years ago.

A third of Brits admitted later regretting posts put up while they were drunk, but other cases such as been pissed off, in love, or suddenly thinking that a political party will solve the nation’s ills when mixed with social media, are a recipe for disaster.

The average Brit believes they currently have two photos with an ex, one mad rant about the boss and five unflattering photographs on their profile.

They'll also have two soppy statuses about someone they love, two embarrassing posts from a parent and two drunken posts full of spelling errors. There are some who actually have admitted to having sex with someone who owned an Apple product – normally when they were drunk.

Brits apparently are fairly self-aware when they are being twats on Facebook – mostly because they will unfriend people who are behaving that way.

Brits say that they unfriend people who post constant selfies, gush about their babies and children, pictures of food or their Apple products.

Almost one in three have been in trouble with their boss over something they've posted but 31 per cent have had a telling off from their parents.

Last modified on 02 January 2015
Rate this item
(5 votes)
More in this category: « India bans Open Source Sites Intel could save Apple’s bacon »
back to top