What made Steve Jobs a tech icon

Perfectionist, innovator, salesman and much more
Steve Jobs, co-founder and charismatic CEO of Apple died last night at the age of 56, following a decade-long struggle with cancer.

Jobs started Apple with Steve Wozniak back in 1975, but after a string of initial successes he was fired from his own company in 1985, only to return as a consultant with the acquisition of its Next by Apple in late 1996.

In July 1997 is he was reinstated as interim CEO and launched the innovative iMac and iBook, two products that helped apple to become what it is today. In 2000 he got a permanent CEO title and in 2001 Apple introduced iTunes and iPod, two game changing technologies that made Apple insanely successful and popular. Apple went on to introduce the iPhone, iPad and a number of innovative technologies over the past five years, continuing to reinvent old ideas and introduce new ones.

Beyond Apple’s success story and Jobs’ carefully crafted public image, stories of his unusually demanding management style slowly emerged. Jobs was obsessed with attention to detail and rumour has it that he personally approved even changes to Apple products. That cable holder you have on your iPhone headphones, that tiny speck of plastic? Well, Steve Jobs came up with it and that is what set him apart from most CEOs in the industry. As a perfectionist, he virtually had a say in every design solution, from overall concepts to seemingly irrelevant details. This is not something CEOs usually do, or what they are supposed to do, and this is why questions about Apple in the post-Jobs era were raised years ago. 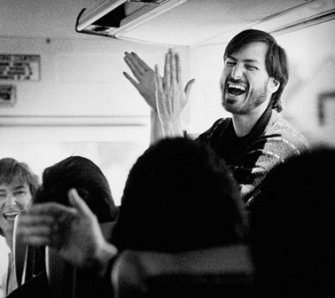 In addition to his perfectionism, Jobs was a great public speaker and salesman, and his keynotes quickly became the stuff of legend. He had an uncanny ability to figure out what consumers wanted even before they did, and he delivered his message with the conviction of a religious leader. This is not something most CEOs can do and it goes to show Jobs really believed in his product and his company.

Although Apple has been making reassuring statements for years, it is clear Steve’s influence and control over the company were unparalleled in the industry. Much of Apple’s much flaunted spirit of innovation was in fact the result of one man and his vision. However, after decades in the industry, Jobs apparently managed to groom a top notch team of designers, executives and engineers and instil his vision and drive in the entire team. He drove his team hard and he drove himself hard right until the very end.

Back in 2005, Jobs delivered a poignant commencement address at Stanford, commenting his eventual demise among other things:

“When I was 17, I read a quote that went something like: ‘If you live each day as if it was your last, someday you'll most certainly be right.’ It made an impression on me, and since then, for the past 33 years, I have looked in the mirror every morning and asked myself: ‘If today were the last day of my life, would I want to do what I am about to do today?’"