In order to put a bit more pressure on Intel's Core i3 Haswell lineup, AMD has now officially introduced the newest A10-7800 FM2+ socket APU which will be based on 28nm Kaveri architecture.

Featuring four Steamroller CPU cores, the A10-7800 does not feature an unlocked CPU base clock multiplier like the A10-7850K APU but does come with a slightly lower 65W TDP. It packs 4MB of L2 cache, works at 3.5GHz base and 3.9GHz TurboCore CPU clocks and features Radeon R7 series GPU with 512 GCN2 cores and 720MHz base clock.

The rest of the specs include integrated dual-channel memory controller with support for DDR3-2133 memory and PCI-Express 3.0 root complex. 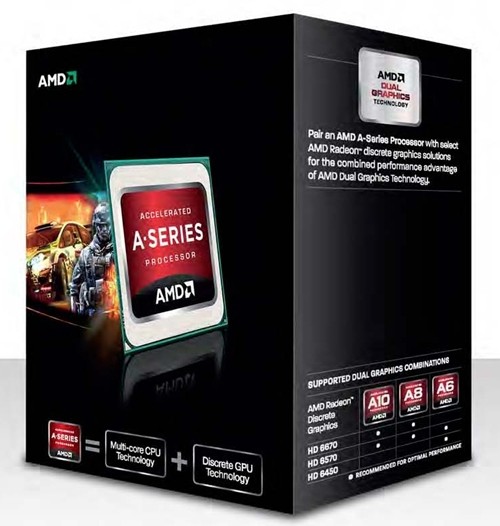