The A4-4000 is a cheap Richland based dual-core and it is already available in Europe. It was listed a last week and it goes for about €40, depending on the market. In the US it should go for $40. As the price suggests, it’s an entry level chip, clocked at 3.0GHz. It can hit 3.2GHz on Turbo, but it has just 1MB of L2 cache.

However, it also packs HD 7480 graphics clocked at up to 720MHz. AMD claims it can wipe the floor with any Celeron or Pentium in terms of graphics performance, as you can see in the chart. It basically looks like the perfect chip for no frills office PCs. Let's just hope AMD doesn't keep us waiting for the rest of the series much longer. 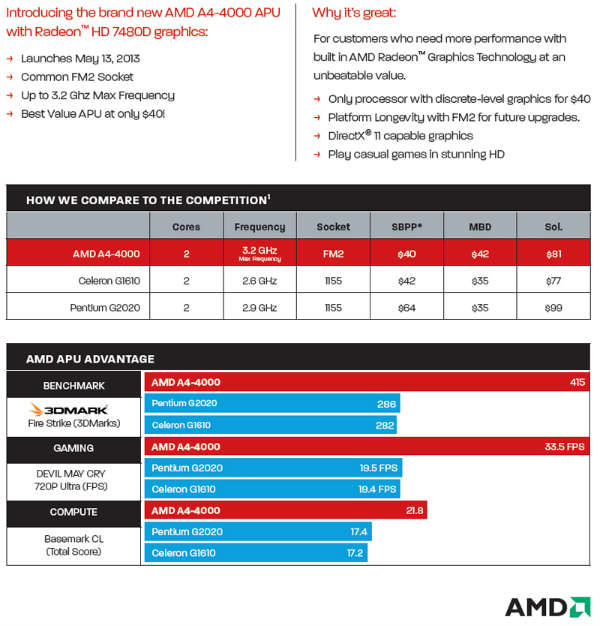 Rate this item
(0 votes)
Tagged under
More in this category: « Tegra 4 was pushed because of Tegra 4i Qualcomm and Samsung overtake AMD »
back to top