Vapor-X Editions with 3 and 6GB of memory


In addition to the recently introduced Sapphire HD 7970 Toxic Edition graphics card, Sapphire has decided to expand its HD 7970 lineup with two new HD 7970 models that will be a part of the Vapor-X Edition lineup. As expected, both are based on AMD's Tahiti XT2 GPU.

The Sapphire HD 7970 6GB Vapor-X shares some features with the recently introduced Sapphire HD 7970 Toxic Edition as it packs the same 6GB of GDDR5 memory set to work at 6000MHz. It ticks at 1000MHz base and 1050MHz Powertune boost clock on standard BIOS while performance BIOS is set at 1050/1100MHz. It has a 10-phase power design with Black Diamond Chokes, DirectFET technology, 12-layer PCB and a set of LEDs that display PCB temperature, same thing we have seen on the Toxic Edition graphics card.

The second model is the Sapphire HD 7970 3GB Vapor-X Edition, that, according to Sapphire, should deliver similar high performance at a more aggressive price point. It packs 3GB of GDDR5 memory clocked at 6000MHz and works at 1000MHz for the base and 1050MHz for Powertune boost clock. It is based on 8-phase power design.

As a part of the Vapor-X Edition lineup, both cards feature the same dual-slot cooler based on a new vapor chamber that is connected to a heatsink via four heatpipes (2x8mm and 2x6mm) and cooled by two 90mm fans with aerofoil blades and dust repelling bearings.

Unfortunately, the price or the actual availability date have not been announced but Sapphire noted that both cards are in production now and should hit retail/e-tail pretty soon. 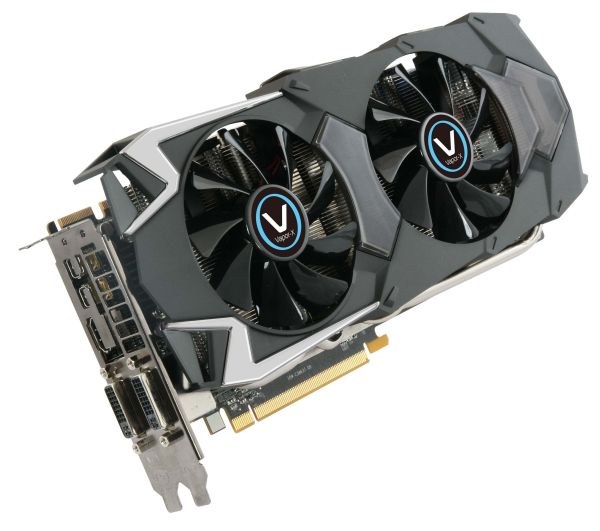