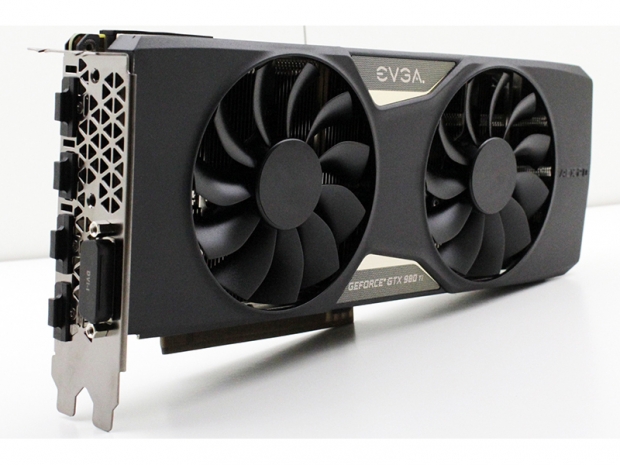 EVGA’s GTX 980 Ti Superclocked+ uses the ACX (Active Cooling Xtreme) 2.0+ cooler which we already had a chance to try out on earlier cards, including the GTX 980 Superclocked. It impressed us in terms of low noise. The cooler is 27cm or just under 11 inches long and sports a dual-fan cooler design.

High-end graphics cards generate plenty of heat and some AIB partners resort to a bulky triple-slot coolers to reduce noise and allow higher clocks, while keeping the GPU under the thermal threshold. The ACX 2.0+ cooler EVGA is a dual-slot design (11.0 cm thick) and it is perfect for enthusiasts who want to use the card in three-way or four-way SLI setups. 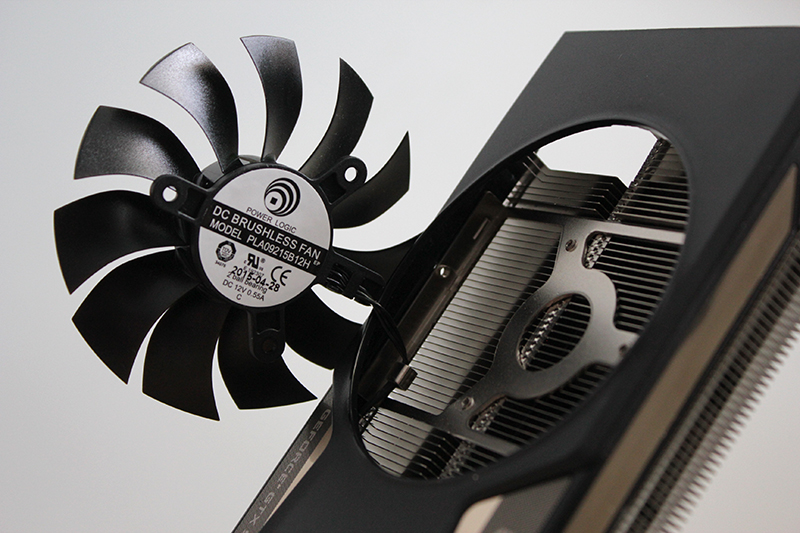 A poor blade design generates more noise but, this particular 9-blade fan seems to be up to the job. EVGA says that the blades are up to 700 percent more rigid than fan blades used in competing fans. This results in a 25 percent weight reduction. These fans really do live up to these claims. The fan uses a double ball bearing design. The noise generated by ball bearing designs tends to be low, at least while they are new. Since this fan uses two ball bearings it should last a bit longer and generate a less noise even after a couple of years of wear. This is what the bearings look like in real life, opposed to standard sleeve bearings used in most fans. 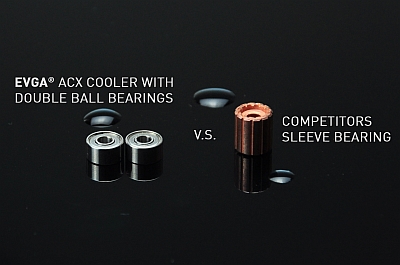 EVGA designed a special heatsink with many dissipation surfaces. Unfortunately you cannot  remove the shroud without removing the whole cooler. This is due to one hidden screw below the EVGA top label. EVGA should really remove/reposition this screw and allow the user to remove the shroud easily.

EVGA GEFORCE GTX 980 Ti and SC logos are illuminated with white LED light, which has its own 2-pin power connector. 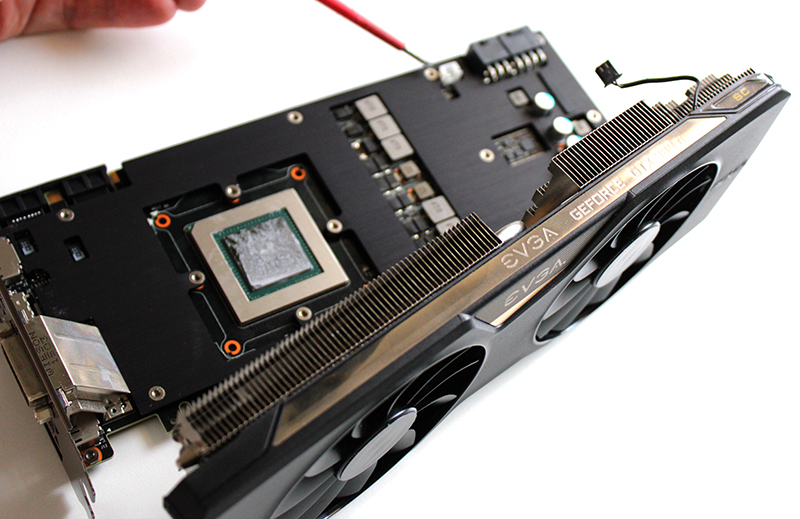 The heatsink was designed in such a way to minimize airflow turbulence between the fans, with clever barriers directing the airflow. 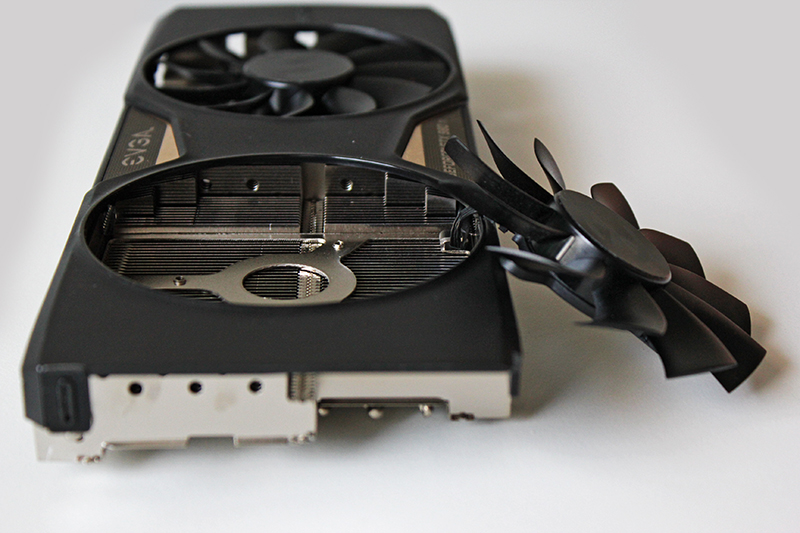 EVGA used a few tricks to maximise dissipation volume such as tall fins at the sides of the cooler. The heatsink was elongated to match the full length of the PCB. Airflow channels provide better airflow and prevent pockets of hot air from creating inside the heatsink and they should be kept clean. 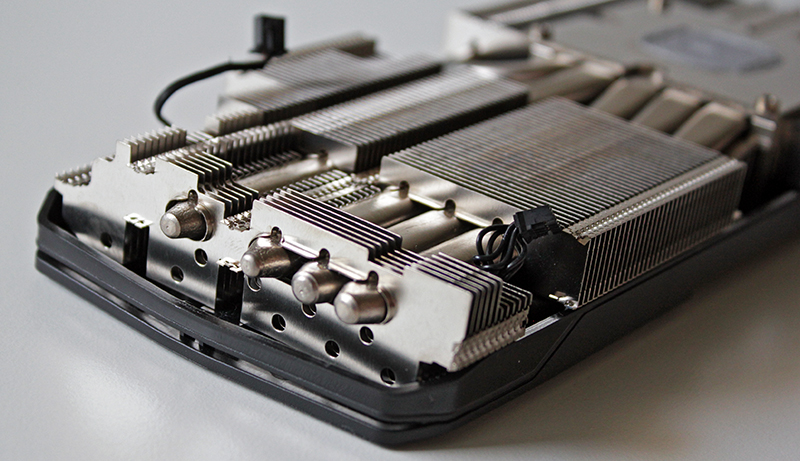 The ACX 2.0+ cooler comes with five elaborate heatpipes. There are three 8mm straight heatpipes and according to EVGA findings, these heatpipes offer 6 per cent  better heat dissipation than bent heatpipes with reduced thermal resistance.