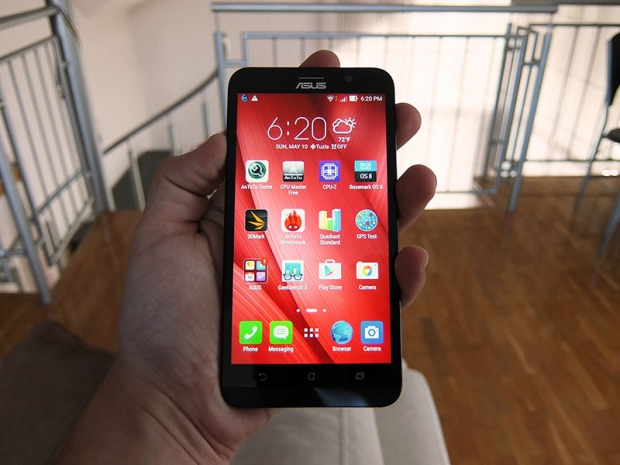 Like we pointed out in the introduction, the Zenfone 2 soldiers on with Intel silicon in a market dominated by Qualcomm and MediaTek. There is nothing wrong with this, the more the merrier, and the Z3560 has a few things going for it.

Before we get to the specs, we need to point out that there are quite a few versions of the Zenfone 2, and we ended up with the ZE551ML model, the 4GB SKU to be precise. It’s available in three flavours, with a Z3560, 2GB of RAM and 16GB of storage, with the same processor with 4GB/32GB (which we got our hands on), and a flagship  model with a faster Z3580 processor and 4GB of RAM, with 32GB or 64GB of storage.

While the Zenfone 2 can be considered a mid-range device by virtue of its pricing, the spec sheet leaves little room for improvement. The phone comes with a powerful processor, loads of RAM, ample internal storage and loads of connectivity options, along with impressive network support.

However, in some respects it falls short of 2015 flagships. The 13-megapixel camera is a mid-range affair. There is no fancy fingerprint reader, optical image stabilization or other bleeding edge features. If you’re not into gimmicks, you probably won’t miss out on much.

The big question is performance. Can the Intel SoC keep up with similarly priced solutions from Samsung, Qualcomm and MediaTek? Does the additional RAM help? Let’s take a closer look. 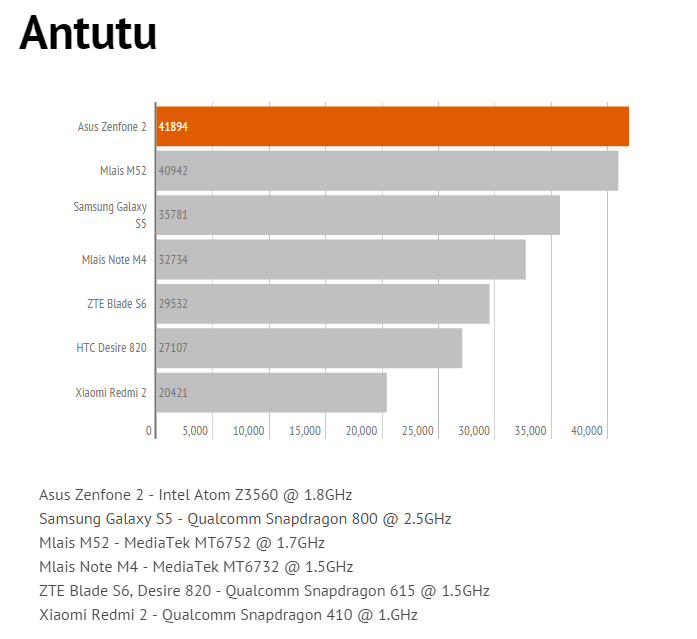 In Antutu, the Atom scores well and easily outpaces mid-range offerings from Qualcomm, although MediaTek's octa-core is very close. 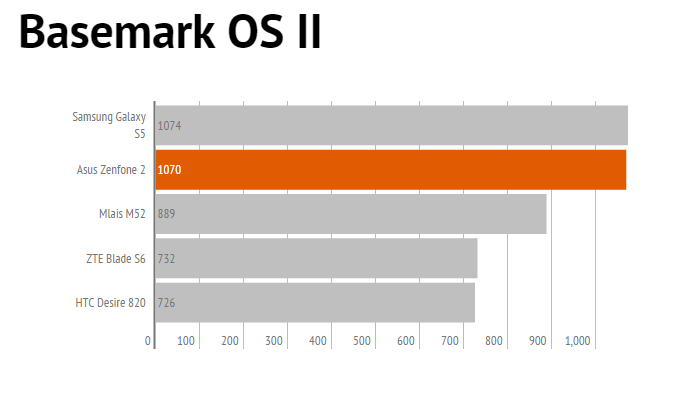 In Basemark OS II, the Zenfone matches the Galaxy S5 and beats Qualcomm and MediaTek mid-range parts by 10-20% 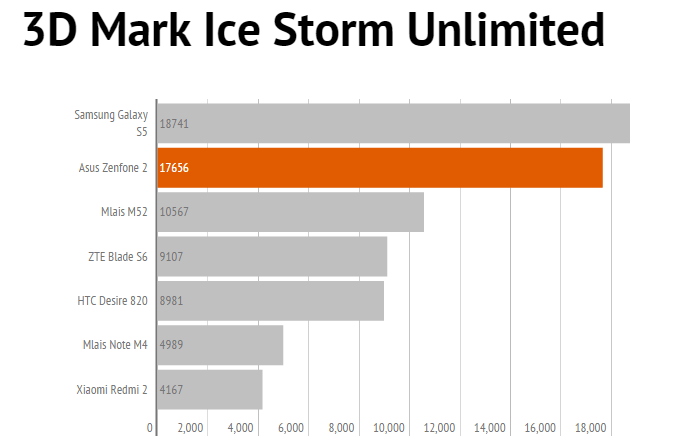 Although MediaTek and Qualcomm mid-range chips tend to offer a lot of performance in CPU-bound benchmarks, Intel's chipset pulls ahead in 3Dmark, although it fails to beat the Adreno 330 on the Galaxy S6.

The Zenfone 2 can’t match the current crop of flagships in terms of sheer performance, but it’s not that far off, either. It’s roughly on a par with last year’s flagships like the Samsung Galaxy S5. Given its price, comparing the Zenfone to $500 or $600 flagships does not make much sense, but it still manages to hold its own in many tests.

Personally, I am not sold on the whole 4GB concept and I believe it has a lot more to do with marketing than real-world performance. Unfortunately, I did not get a chance to try out the 2GB version, but I suspect the results would be very similar in most scenarios. However, in case you tend to keep a lot of “heavy” apps open at all times, if you like to have a game or two running in the background, 4GB should make a difference. For the average user, it won’t mean that much.

The Intel SoC is pretty much on a par with Snapdragon 800 and 801, and it’s not that far behind the new Snapdragon 810. The PowerVR G6430 GPU has been around for a while and was used in the Apple A7 SoC (iPad Air, iPhone 5S). It’s not the fastest GPU around, but it still packs a punch.

Overall, the Zenfone 2 performs admirably in most tests, ending up 15-25% slower than flagship devices that cost twice as much.