The GTX 660 Superclocked’s cooler was made using the GTX 670’s cooler as basis. EVGA improved the design by throwing in a heatpipe and cooling low profile components with a heatsink. The heatsink stretches across the entire card, which toughened the card up and provided a fan bracket at the same time. 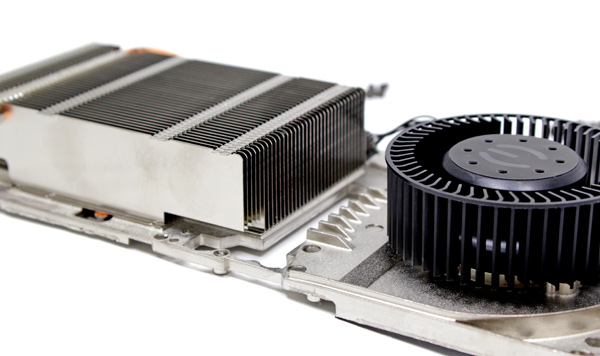 We couldn’t hear the fan not even under heavy load. In idle it is almost inaudible.

Intensive gaming sessions saw the card go up to 81°C. We’re glad EVGA kept noise levels down by letting temperatures go slightly higher. The GPU is designed to operate safely up to 98 Celsius degrees, which coupled with GPU Boost mean there’s no danger of overheating.

If you want a cooler card you’ll have to speed the fan up manually, since it won’t go over 2100RPM in AUTO mode. The fan is limited to 74%RPM, most likely to keep the noise down. Anything beyond 74%RPM, which you’ll most certainly hear, would’ve been pointless. As you can see, increasing the fan RPM may knock the temperature to about 70°C. 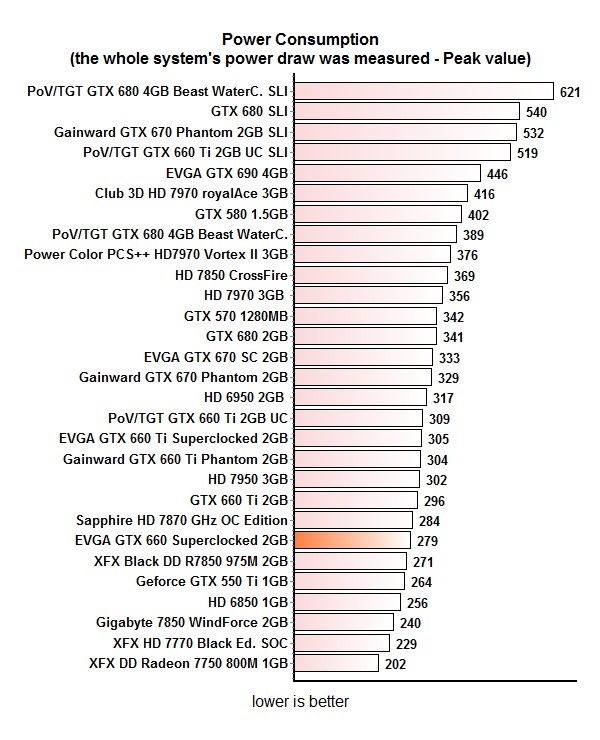