Our today’s mission is to check out the GTX 660 Ti Ultra Charged’s performance on its own, as well as in SLI mode. The GTX 660 Ti launched as Nvida’s new weapon of choice for gamers, but the price of €300 meant it’s not quite your average budget solution. Nvidia will soon launch the Geforce GTX 660, which should hit the sweet spot with most gamers, judging by the price at least.

Point of View/TGT overclocked its Ultra Charged by 118MHz, but the memory clocks were left intact. The card uses a cooling solution based on the reference design as well, but that of the GTX 670. The GTX 660 Ti doesn’t get as hot as the GTX 670 so it’s is quieter as well, so today we’ll see how it handles the Ultra Charged’s 1033MHz. 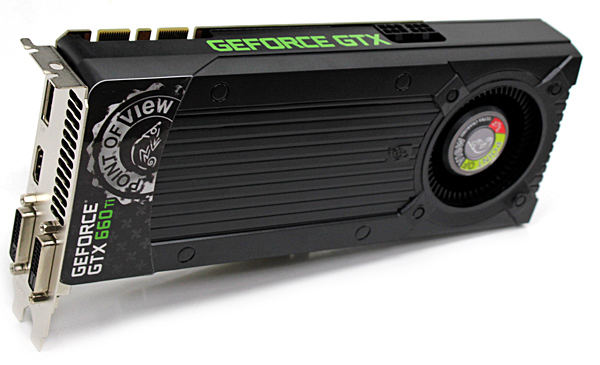