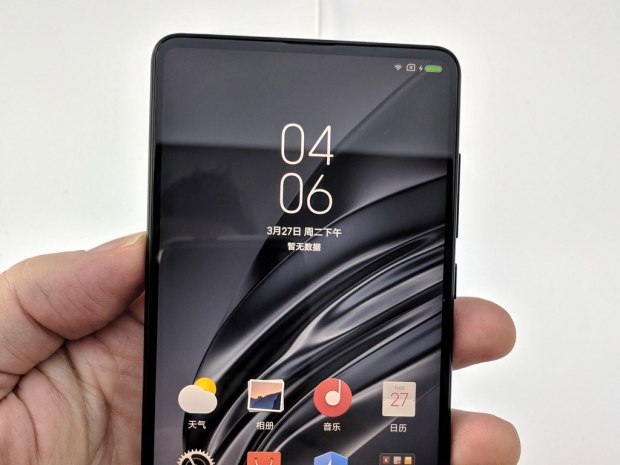 Not that long ago, China-based phonemanufacturers were considered being copycats of the well-established phone companies, mainly from California. A lot of things have changed over the last few years.

In November 2016, Xiaomi introduced the first Mi Mix device which was a concept phone showcasing what a China-based phone company can achieve. It was an instant success as this is exactly what the market was craving for. After that, Xiaomi established itself as one of the leaders in mobile phone design and innovation.

Fudzilla realized that Xiaomi has a different mindset and that is the company understands the market needs, even a few years before the breath-taking Mi Mix. The company that is rumored to IPO between $70 to $100 billion has to be doing something right.

After the initial success with a bezel-less device, Xiaomi decided to continue and offered the phone to the masses.  Xiaomi Mi Mix2 amazed the world one more time with updated hardware and the Snapdragon 835. This time we are going to tell you if its successor, the Mi Mix2s will be continuing the trend.

Fudzilla was present at the unveiling event that took place in Shanghai a few weeks ago. Although the device's exterior looks almost identical from the front, on the back, we can see a dual camera setup. This is a big difference from its predecessor. Inside of the smartphone beats the heart of the Qualcomm Snapdragon 845. There are three versions of the phone - one with 6GB RAM and 64GB of storage, second 6GB RAM and 128GB storage, both Chinese market versions, and the third phone featuring 8GB RAM and 256BG storage with global LTE bands support. We played with the last one on the list.

The Mi Mix2s is a beautifully designed phone dominated by the gorgeous IPS LCD 5.99-inch screen and thin bezels. On the top, there is a tiny bezel with thin speaker aperture for handling the calls and beneath it the ultrasonic sensor which acts as a proximity sensor. On the bottom right corner, there is a front 5MP camera. You can still take selfies as the camera will rotate when you rotate the phone. The phone sides are made from grade 7000 aluminum and the back from ceramics material which looks classy and has enough grip.

The dual camera is slightly raised and has a nice silver accent in a white version and 18k gold in the black version. At the bottom, there is a USB-C port for charging and audio output (cable converter to 3.5 mm audio jack is included) and loudspeaker. The phone comes preinstalled with the latest MIUI 9.5 android customization based on Oreo 8.0.

Prev Next »
Last modified on 09 May 2018
Rate this item
(1 Vote)
Tagged under
More in this category: « Hedy Lamarr, the mother of wi-fi, dissed by film industry Qualcomm, ARM and Windows change the shape of notebooks »
back to top