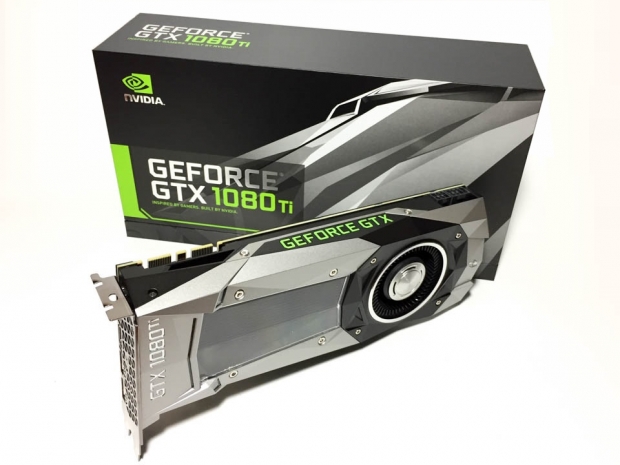 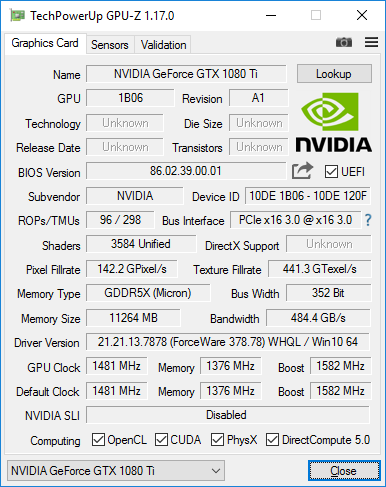 According to GPU-Z, the card features a pixel rate of 130.2GP/s, a texture rate of 332GT/s, and single-precision floating point performance just above the Titan X Pascal at 10.61 GFLOPS. 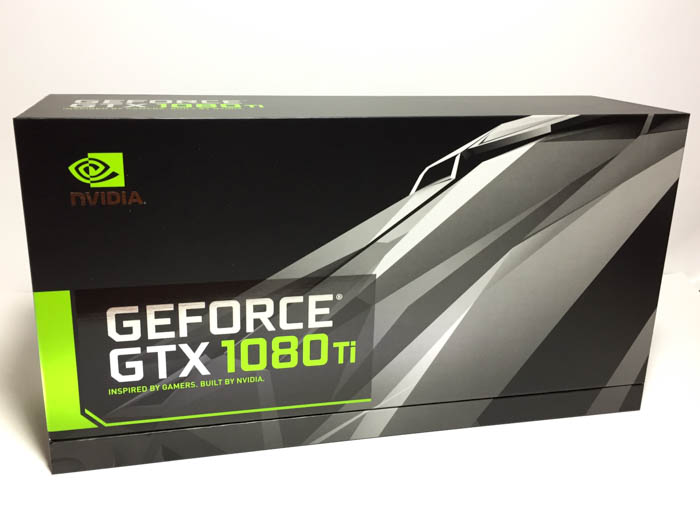 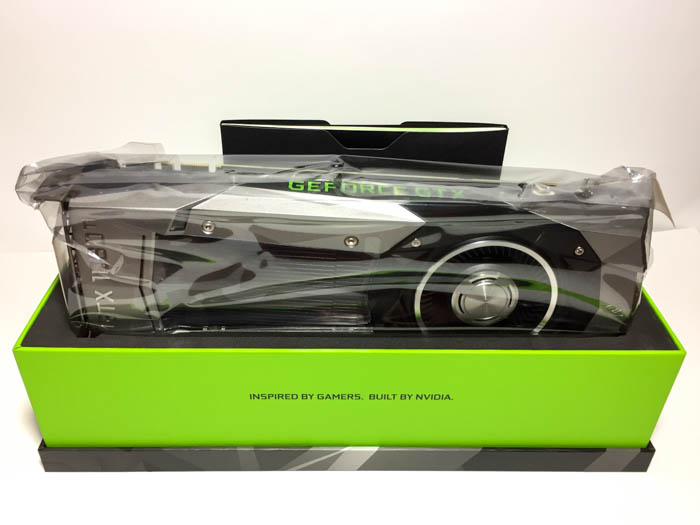 The GTX 1080 Ti Founders Edition box features the same squared, rectangular shape style used for all of Nvidia’s performance cards, including the GTX 1060, 1070 and 1080. Upon opening the package, the GPU is neatly fitted inside a foam cut out that props up the card to display its side profile. 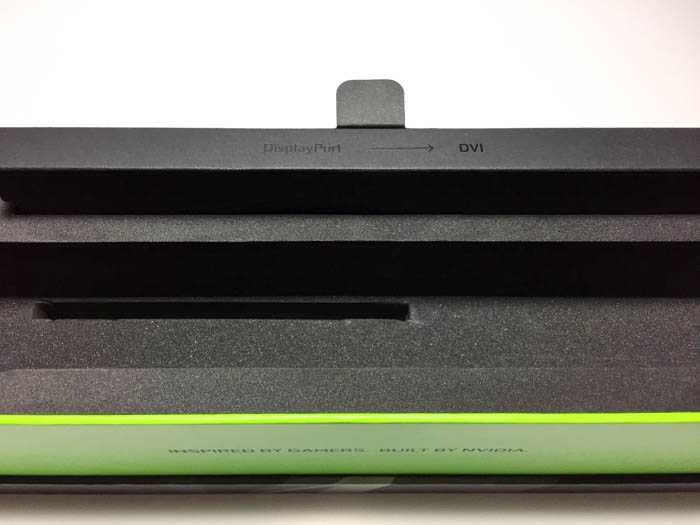 Behind the GPU is a smaller rectangular package featuring a heavy-duty Nvidia Simula DisplayPort 1.2 to Single-Link DVI Adapter (PN: 030-0851-000).

Behind the rectangular package is an envelope labeled "Welcome to GeForce GTX Gaming," which features the GeForce GTX 1080 Ti Support Guide, the Quick Start Guide, and a Special-Edition "GeForce GTX" case badge that the company has advised can only be applied once - so pick a good spot on the external part of your case for best results. 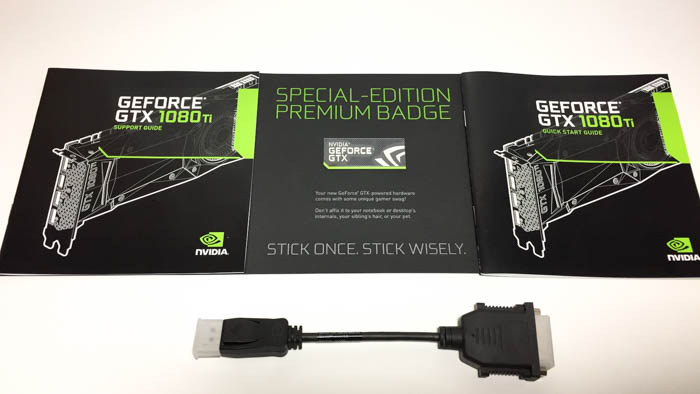 The Quick Start guide essentially advises users of minimum system requirements - 8GB of system memory (16GB recommended), a motherboard with at least one dual-width PCI-E 3.0 x16 slot available, and a 600W or higher power supply with one 8-pin and one 6-pin connector. More importantly, the Support Guide encourages users to register their card online through the company's website to gain priority access to Customer Care in the event that warranty service needs to be accessed.

The card itself looks nearly identical to the GTX 1070 and GTX 1080 Founders Edition, with the exception of one small detail in display connectivity ports (more below). 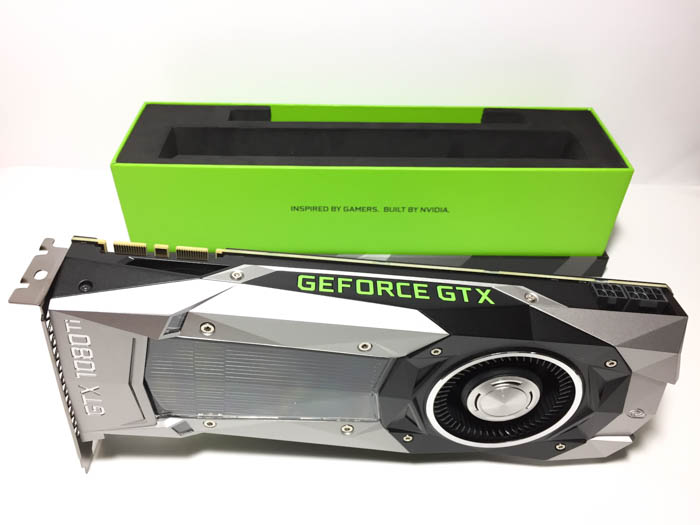 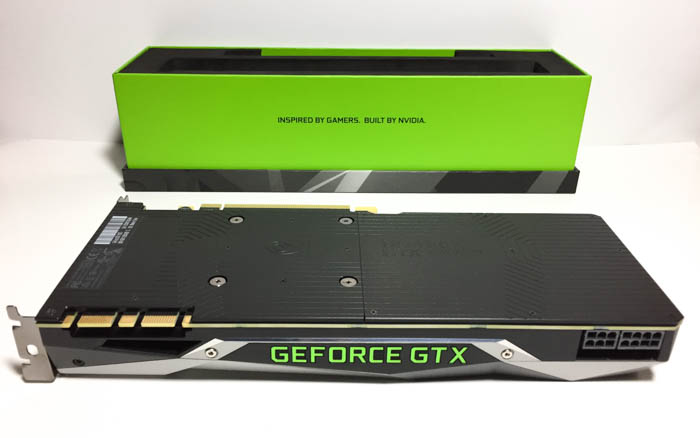 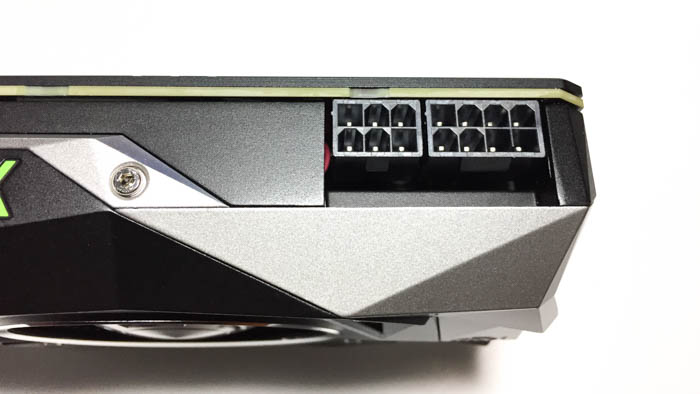 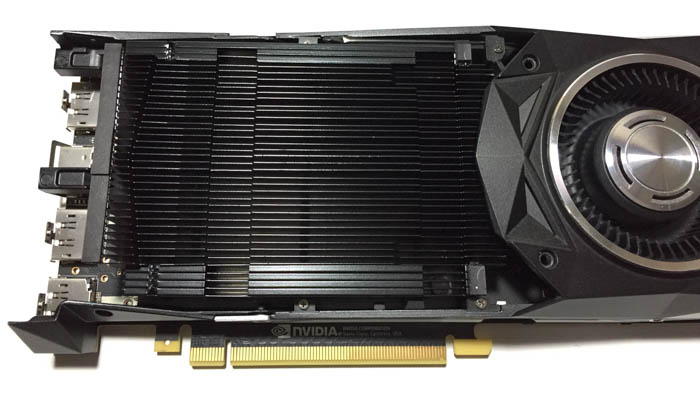 Under the hood of the Founders Edition shroud is a sight very similar to what we discovered with the GTX 1070 Founders Edition last year, including a metal shroud design with vapor chamber cooling and a VRM blower fan, and a large alloy heatsink under the shroud. Removing the shroud is a two-step process that requires unscrewing the polygon-shaped aluminum housing and then carefully lifting out a plastic cover plate from the center. Beneath the heatpipe is the GP102-350 GPU, along with a total of eight Micron GDDR5X memory modules placed around it in a circular manner. Of course, the back of the card also includes a free backplate for additional heat dissipation, something which Nvidia has been doing since its Founders Edition debut last summer. 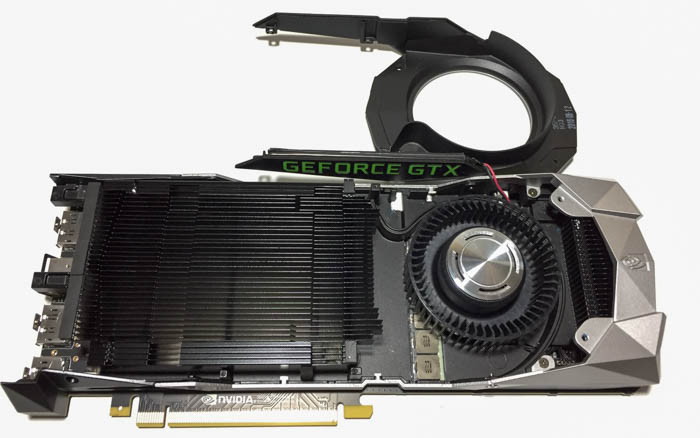 Away with the DVI-D port, only DP and HDMI now

As for connectivity ports, Nvidia has finally done away with the DVI-D connection that has been prevalent in computer graphics cards and displays since 1999, replacing it with a total of three DisplayPort 1.3 (1.4 Ready) ports and a single HDMI 2.0 port. This is essentially the same configuration as the GTX 1060, 1070, 1080 and Titan X Pascal, minus the DVI-D port. It is for this reason that the company now recommends using the Simula DP 1.2 to DVI adapter included in the box. 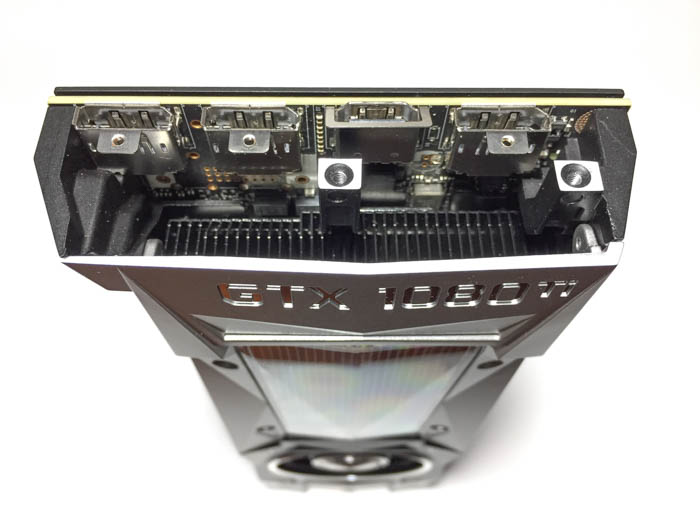