Don’t be fooled by the huge size and marketing. The Mi Max is no flagship, but then again, it’s no slouch either. The phone is based on Qualcomm’s Snapdragon 650 platform. The entry level models ship with the SD650 processor, with two Cortex-A72 and four Cortex-A53 CPU cores. The Mi Max Prime which we are playing with packs a more powerful SD652 chip, with two extra Cortex-A72, for a total of four A72 and four A53 cores. Either way, both parts share the same Adreno 510 GPU, which doesn’t come close to flagship GPU performance.

So which one should you get? This is a tricky question since the Snapdragon 650 variant is available with 2GB RAM and 16GB ROM, or 3GB RAM and 32GB storage. The Prime variant, based on the SD652 processor, comes in two flavours: 3GB/64GB and 4GB/128GB.

Prices start at about $175 for the 2GB/16GB model, followed by the 3GB/32GB model at $230+. The latter seems to be in high demand, as it’s probably the most attractive version, but value for money is questionable. Due to stretched demand, the 32GB variant isn’t much cheaper than the $250 Prime 64GB SKU we are testing today. The top of the line 4GB/128GB variant is priced well over $300 and doesn’t make much sense.

We’d focus on the plain 3/32GB model and the 3/64GB Prime. Unfortunately, the 32GB variant is overpriced due to high demand, but this could change in a matter of weeks. Once it dips to $200 or so, it will definitely be the one to go for.

So, it’s a well-rounded device with a lot of options to choose from - perhaps too many? The Snapdragon 650 versions (16GB and 32GB) should offer the best value for money, but limited availability is a problem and renders the 32GB model uncompetitive. It’s just priced too close to the 64GB variant, with a faster processor.

On the other hand, the two other SKUs, 2/16GB and 4/128GB don’t make too much sense. This is a device for content consumption, so 16GB simply isn’t going to cut it for most people, despite the microSD slot. Yes, it’s very affordable, but value comes at a price. At the other side of the spectrum, the 4/128GB version looks like overkill, and it’s quite pricey. If you really need that much storage and RAM, you should get a flagship device instead. No matter which one you choose, you'll get two SIM slots, one of which doubles as the microSD card slot.

Here’s our problem – the entry-level version costs about half as much as the 4/128GB model, which has a marginally better processor and a lot more storage. The display, camera, and appearance are the same, so we just don’t think it’s worth it.

About the Snapdragon 650 series… It’s a weird chip, and if you were to look at some parts of the spec, you could assume it’s a MediaTek processor. In many respects, it resembles the MediaTek Helio X20/X25, which also have two A72 cores, as well as four additional Cortex-A53 cores and an ARM Mali GPU. Performance is quite similar too, and both MTK and Qualcomm parts are 28nm, which means they’re dirt cheap to manufacture. Actually, it feels like a processor specifically designed to mess with MediaTek, because it’s a departure from Qualcomm’s traditional mid-range layout.

The Snapdragon 652 is more of the same, but it adds two more Cortex-A72 cores. As we all know, A72s are blazing fast, so you’d expect a massive performance boost, and you get one – but not in the GPU department. Here’s the thing – both versions share the same GPU, which will bottleneck graphics performance on both parts. Yes, your apps will launch and update slightly faster, but you won’t see a noticeable uplift in GPU performance.

We almost feel as if Qualcomm intentionally “nerfed” the Snapdragon 652 by retaining the Adreno 510 GPU.

Let’s take a look at some synthetic and real-world performance.

At about 72,000 in Antutu, the Snapdragon 652 shows it can deliver a lot of performance on a budget. Sure, it's still substantially slower than flagship parts like the SD821, but it's still a pretty good result. However, it's on par with the hexa-core Snapdragon 650. 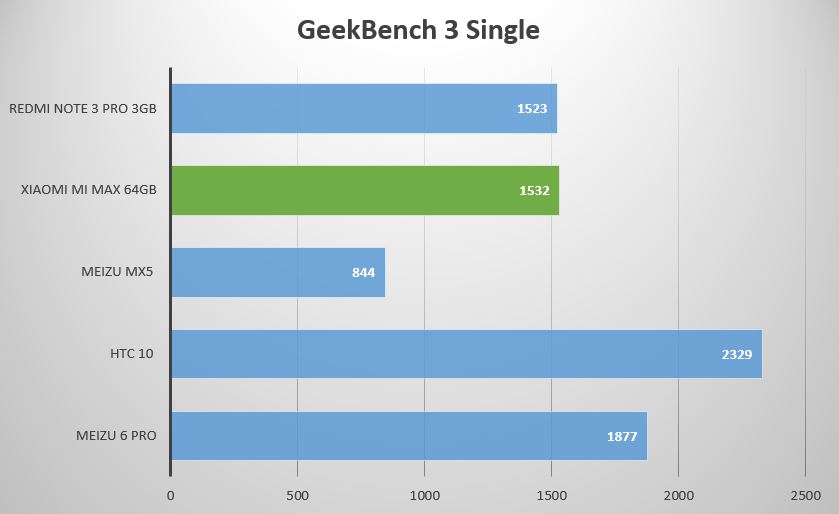 Let's take a look at single-core performance in Geekbench. Core-per-core, the SD652 matches the SD650. 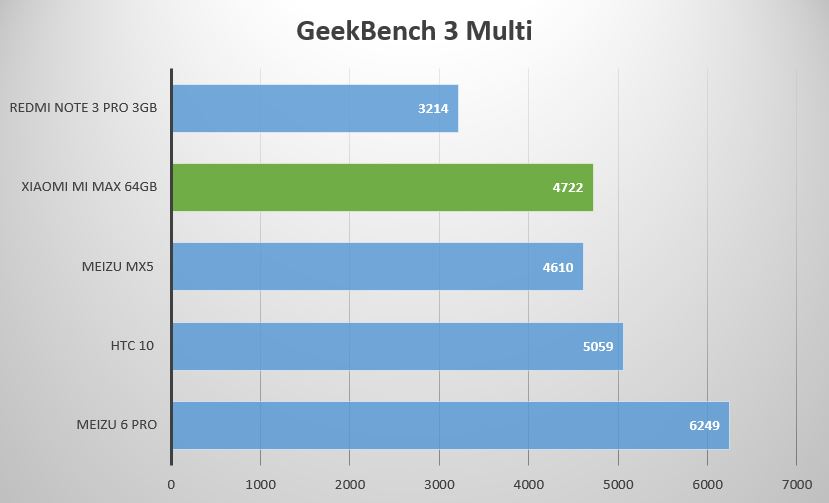 But the multi-core test demonstrates the difference. It places the SD650 closer to the Snapdragon 820-powered HTC 10 and outpaces the MediaTek Helio X10 in the Meizu MX5. Not bad at all. 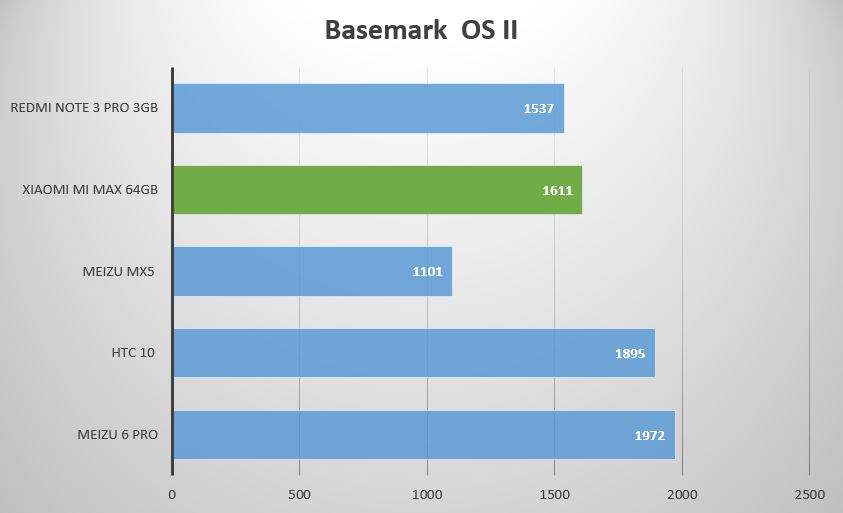 Basemark results are quite good too. In this benchmark, the SD650 series wipes the floor with the old Helio X10. 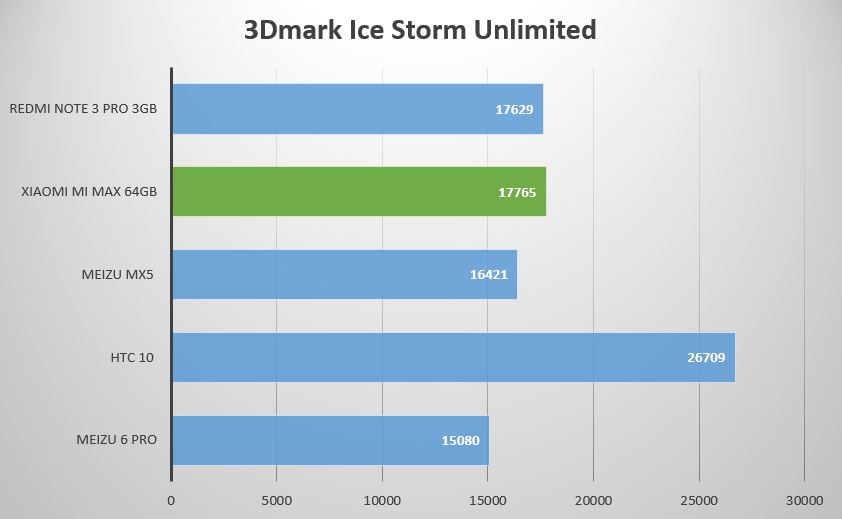 But here's the problem. The Adreno 510 GPU bottlenecks the Snapdragon 652, so 3D scores on the hexa-core Snapdragon 650 are nearly identical.

So what’s our verdict on the Snapdragon 650 series? Well, to be honest, we tried it out back in June and were impressed by the overall performance. However, don’t forget this is still a budget processor. While you get good CPU performance, the GPU is unimpressive and the processor is built on the old 28nm node, which helps reduce manufacturing costs but at the same time compromises power efficiency.

Bottom line? The Snapdragon 652 makes a bit less sense than the 650.

Adding two powerful CPU cores to a SoC with an underpowered GPU doesn’t make much of a difference in real-life applications. On the other hand, it’s a good marketing tool, as getting four Cortex-A72 cores in a budget chip sounds awesome. In reality, the CPU is not going to bottleneck the system, but the underpowered GPU will.

Either way, the Snapdragon 650 series remains a good choice for mid-range devices, and easily holds its own against MediaTek’s latest Helio X20/25 series, while at the same time outpacing older MTK chipsets like the Helio X10. But that’s just the performance – let’s not forget Qualcomm’s platforms usually get more support on the software front, so if you’re a ROM addict, they’re a better choice than MediaTek parts.

Also, Xiaomi is in some hot water with Ericsson, so it can’t market MediaTek-based phones in India, which is sort of a big deal considering the sheer size of the Indian market and Xiaomi’s rather aggressive and successful entry into the emerging Indian subcontinent. For now though, Qualcomm is the only choice for Indian users, at least when it comes to Xiaomi devices (contrary to some media reports, this issue is limited to Xiaomi and does not affect other vendors - so you can't still pick up a MediaTek-based phone in India, just not one made by Xiaomi).