Nvidia GTX 1080 fulfills almost all of our expectations 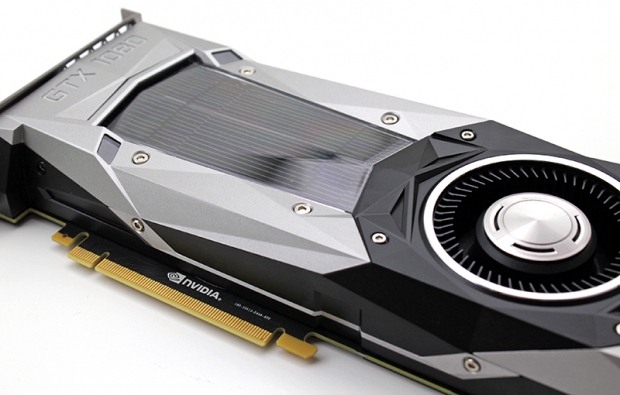 Nvidia Geforce GTX 1080 debuted earlier this month, and since 27 May Friday it is possible to buy or order one. We have the reference card and we are pleased to inform you that the GTX 1080 is exceptional in almost all aspects.

We saw great gains in performance and energy efficiency compared to the last Geforce generation. Sadly the $699 price is higher than we would want to see. Nvida reference design is called the "Founders Edition" and in Europe the price varies between € 669 - € 799.

There are optimisations and improvements across the GPU that provide a better performance per watt curve. As in the previous generation, the GPU core is divided into four graphics processing clusters (GPC), but the GP104 GPU has less of shared resources and more of dedicated resources which leads to better performance.

The GTX 1080 supports Microsoft Direct X12 and DisplayPort 1.4 and HDMI 2.0b. Since DVI connector lacks analog wiring there is no support for D-sub monitors through dongles. After we become acquainted with Adaptive V-Sync which was introduced with Kepler, and with G-SYNC introduced with Maxwell, now is the time to learn about Fast Sync. This display sync option combines good and bad sides of the two V-Sync modes. Fast Sync provides low-latency but at the same time it eliminates frame-tearing.,

Next image shows the reference package and the GTX 1080 graphics card. 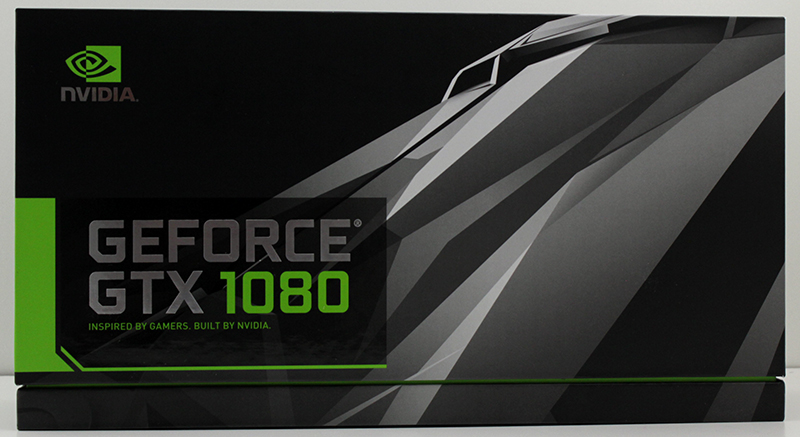 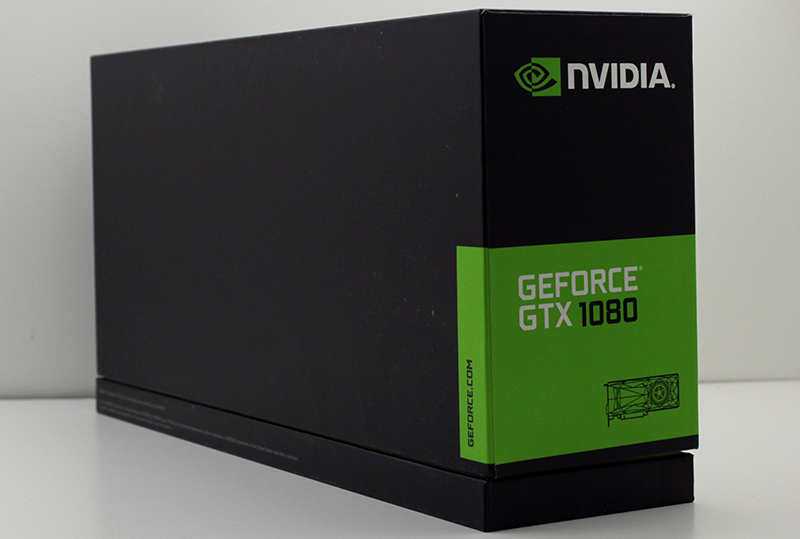 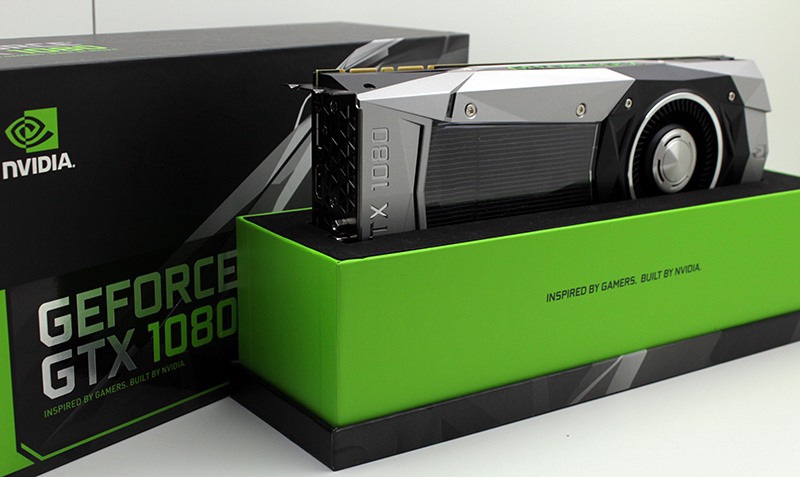 The cooler design is not changed much. It uses a vapor-chamber baseplate to soak up the heat quickly - but as you can see the shroud has a slightly tessellated surface to provide more edged surface. The GTX 1080 has high GPU clocks and the reference cooler is not the best thing to use. It is not really loud or annoying, but it is not quiet either. In idle mode fan is still spins and it does not have a "fan-off" mode like the previous generation. Dimensions of the card are 27.0 cm x 11.0 cm.

The Geforce GTX 1080 has a TDP of 180W and uses a single 8-pin power connector which provides the same power as two 6-pins. Together with a power over a PCIE slot this is enough for up to 225 watts of power draw.

There are three DisplayPorts, one HDMI port and one DVI port. 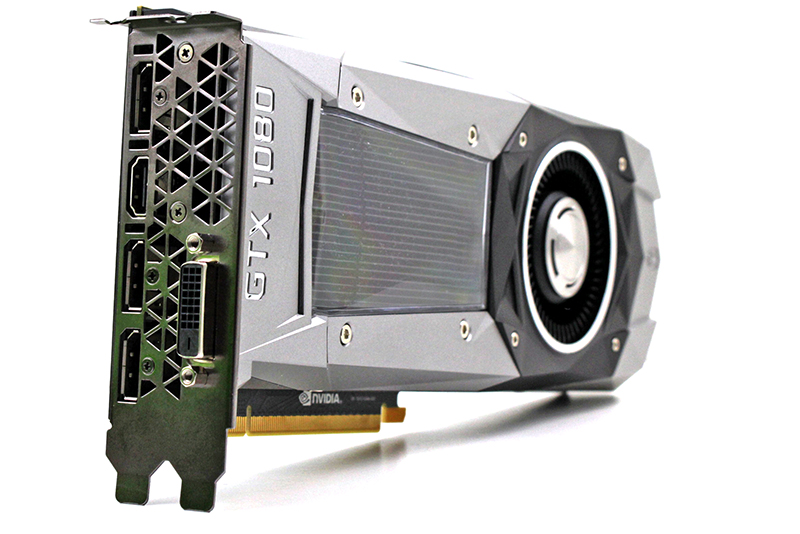 Officially the GTX 1080 supports only two-way SLI. This is so that it can provide more bandwith at 4K at 60 Hz and above. To support this, Nvidia developed an advanced high-bandwidth SLI bridges called "SLI HB" which needs both SLI connectors in 2-way SLI mode. Both 3-way and 4-way SLI are still possible using a special software key from NVIDIA (while support in future games depends on the game/benchmark developers). 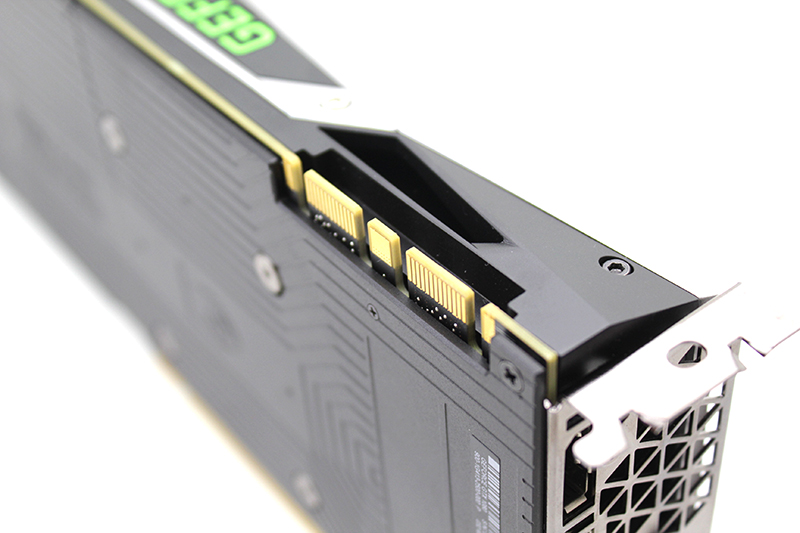 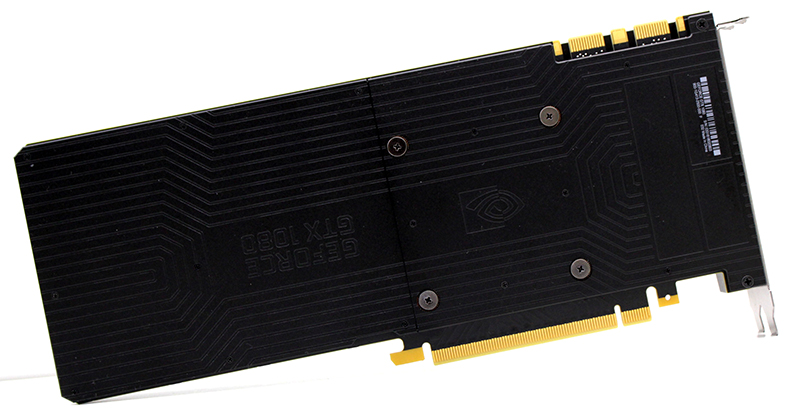 The GPU temperature reaches 80°C during gaming and we could hear the fan from inside the closed case, however gaming performance is best side of the whole story and it is just great.