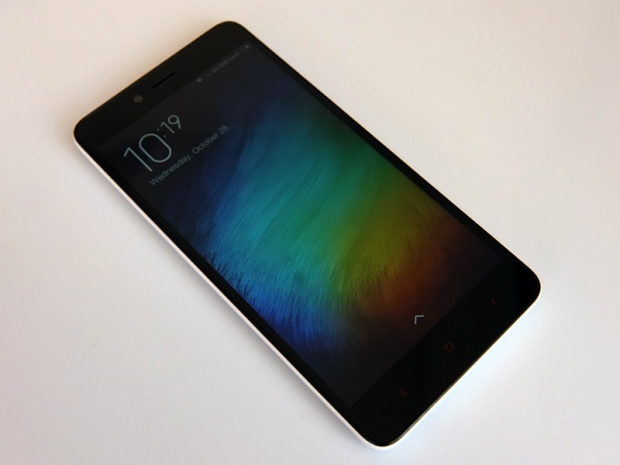 For some reason, Xiaomi decided to ship the Redmi Note 2 with Android 5.0.2 and MIUI 6, without waiting for MIUI 7. We already had a chance to play around with MIUI 7 and Android 5.1 on the Xiaomi Mi4c, and we can report that the new version is a nice upgrade. However, it’s nothing to cry about since an OTA update for the Redmi Note 2 should be rolling out in a matter of days. 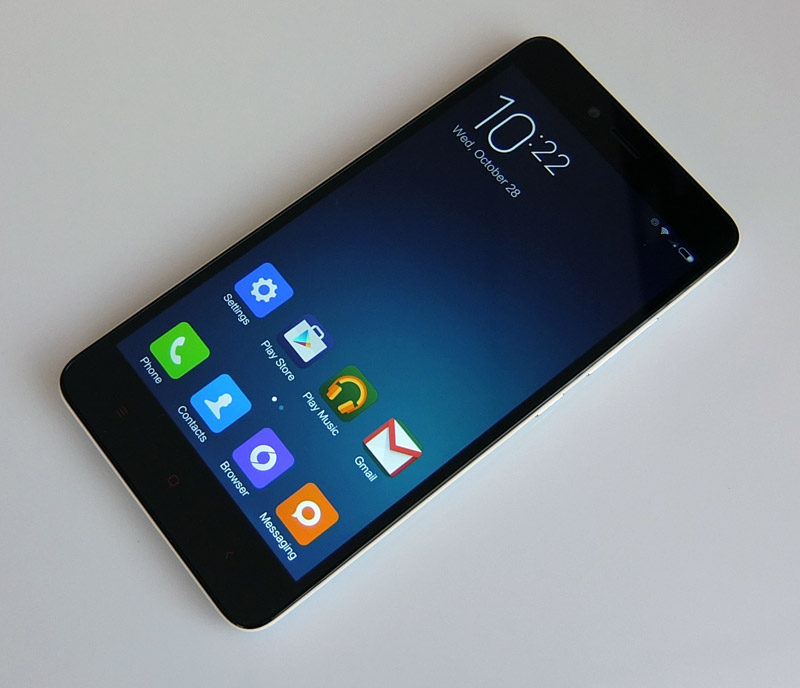 MIUI is an aesthetically pleasing Android skin, although it can be a bit of a memory hog. While it has a reputation for adding useful features before they show up in stock Android, this sort of works both ways, so MIUI is sometimes late to the party. For example, you can’t expand or dismiss notifications from the lock screen, and this will be quite annoying for users coming from stock Android.
Be as it may, MIUI offers a host of advanced features and customisation options, so if you like to play around with the appearance of your device, or control a lot of stuff that most average users don’t care about, it’s a pretty good flavour of Android. 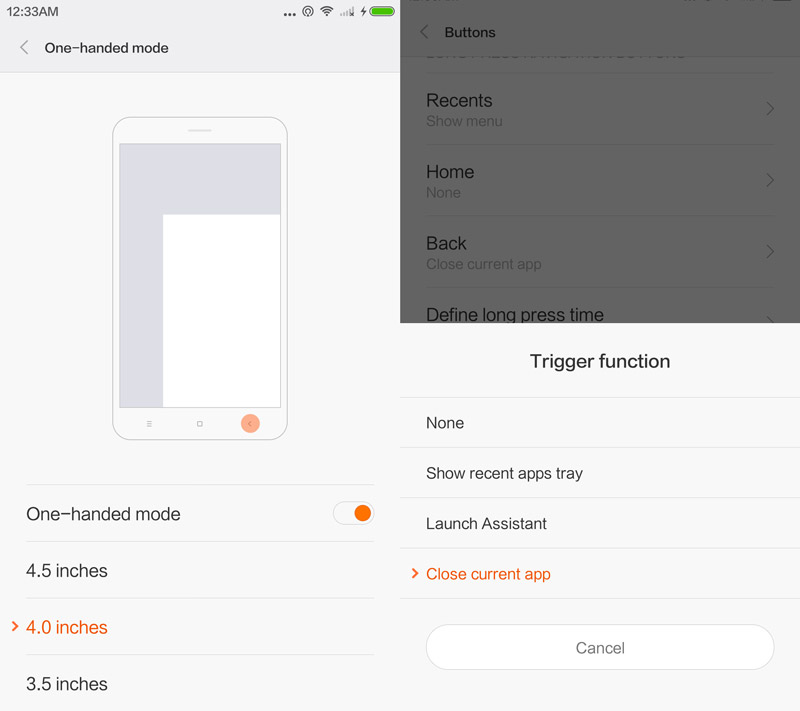 We appreciate MIUI’s useful features, such the ability to launch the torch app from the lock screen with a long press of the home button, or to go into one-handed mode with a quick swipe between the capacitive navigation buttons (you can set 4.5-, 4-, and 3.5-inch layouts). It’s obvious that quick access to a customisable one-handed mode is a useful addition on such a big device, so kudos to Xiaomi. Going back to MIUI 6 from MIUI 7 was a bit of a problem because there is no double tap to wake function, which is also very useful on phablets. Luckily, this should be sorted out with the update, which is just around the corner.

Our biggest problem on the software side was the international ROM included on this particular sample. It comes with a fair amount of annoying bloat, so our suggestion would be to replace it with a new MIUI 7 ROM as soon as it becomes available.

Software aside, what’s the Redmi Note 2 like to live with, as a daily driver? 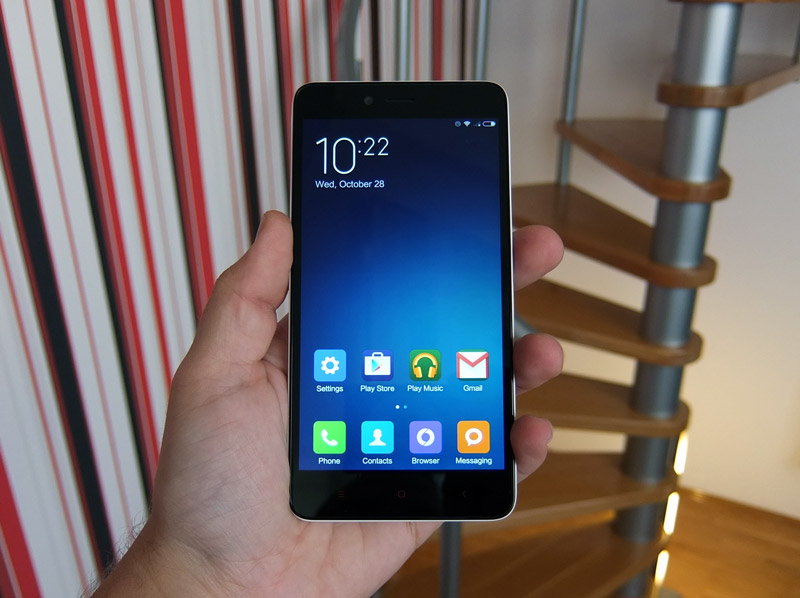 Long story short, it’s good, but by no means perfect. Like all phablets, it can be unwieldy and hard to pocket. The excellent one-hand mode compensates for this, but it can’t change the fact that you’re carrying around a plus-size phone. 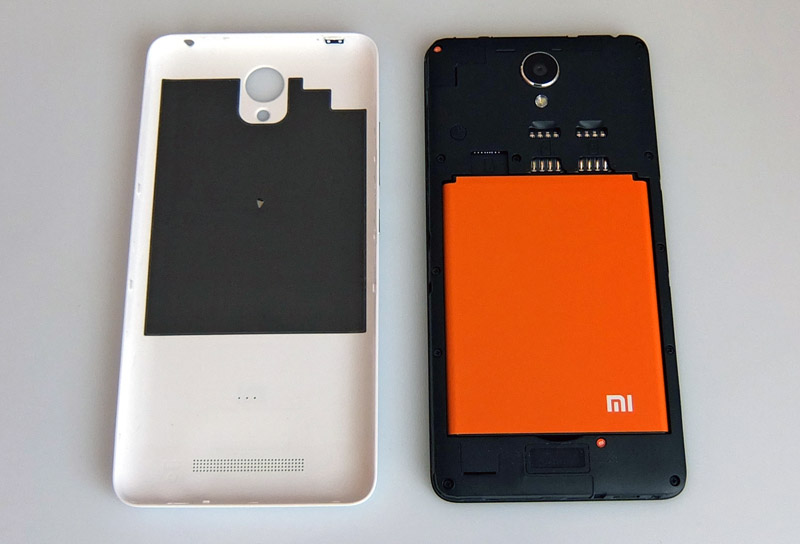 The back cover offers a lot of grip, but it feels too sensitive. We would rather go with the black or blue version, because we feel they will stand the test of time a bit better. Luckily, the back cover is replaceable and you should be able to get a different one for $10 or so. However, removing the cover can be tricky, as the shell is a very tight fit.

The added benefit of having a removable back cover is that you can use both SIM slots and the microSD slot at the same time, plus you can swap out the battery. Although carrying around a replacement battery and going through the delicate process of removing the back cover doesn’t sound very practical, it’s nice to know you can buy and swap out the battery on your own.

So what about battery life? Sadly, there is a lot of room for improvement on the battery front. The 2GHz processor and bright, high-res screen obviously take a toll on battery life. Xiaomi claim MIUI 7 will offer a significant improvement in battery life, but we wouldn’t bet on it. We did manage to get a day and a half of moderate use out of the new Redmi, but if you’re a heavy user, you’ll be lucky to get a day. It simply doesn’t last as long as we expected, and the Meizu M2 Note offers a lot more life on a single charge. The other issue is that there’s no fast charging technology on board. We hope Xiaomi can address the issue with the MIUI 7 update. 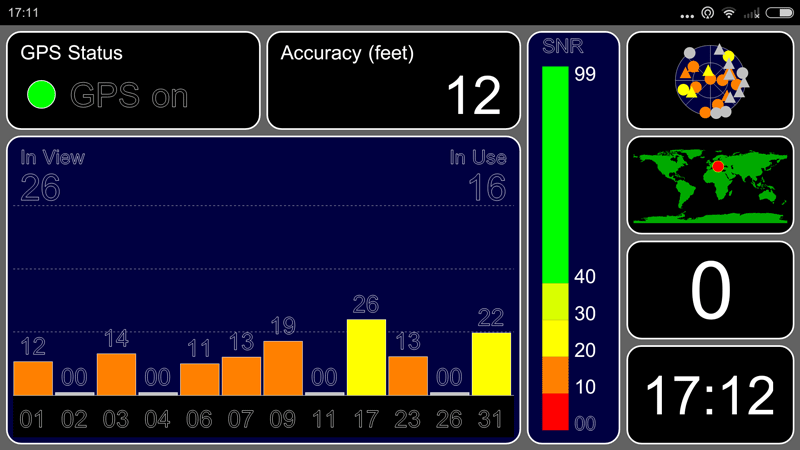 The Redmi Note 2 had no trouble getting and maintaining a GPS lock. The signal isn’t too powerful but the indoor lock we got from one of our home offices was very accurate.