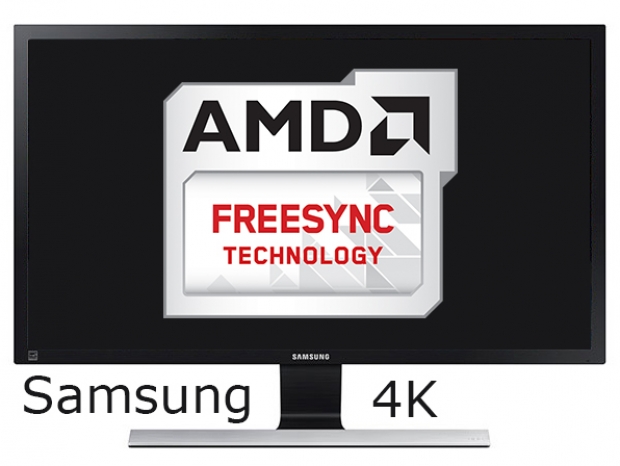 Review: Gaming at 4K with FreeSync and CrossFire

This monitor comes with FreeSync support and we obviously want to take closer look at this. With the latest driver release, AMD added CrossFire support for FreeSync, and we will check it out using two Radeon R9 290X graphics cards.

Today we will take a look at the U24E590D, a 23.6” 4K monitor from Samsung, based on a PLS panel. It also comes with FreeSync support. AMD’s FreeSyncis a new technology which enables adaptive refresh rates for monitors. It produces an effect similar to that of the Nvidia’s G-Sync. Both technologies help overcome input lag/stutter and image tearing in games and video by locking a display’s refresh rate to the framerate of the graphics card. In order to use FreeSync, you will need one of the latest AMD graphics cards and/or APUs compliant with DisplayPort Adaptive Sync 1.2 (or newer) and a special monitor, compatible with FreeSync.

The FreeSync name was chosen because the solution is based on the Adaptive Sync open standard employed in DisplayPort 1.2a. The bad news for consumers is that this standard is incompatible with Nvidia’s G-Sync, so you can either choose an AMD or Nvidia platform, and stick with it until you change your monitor. 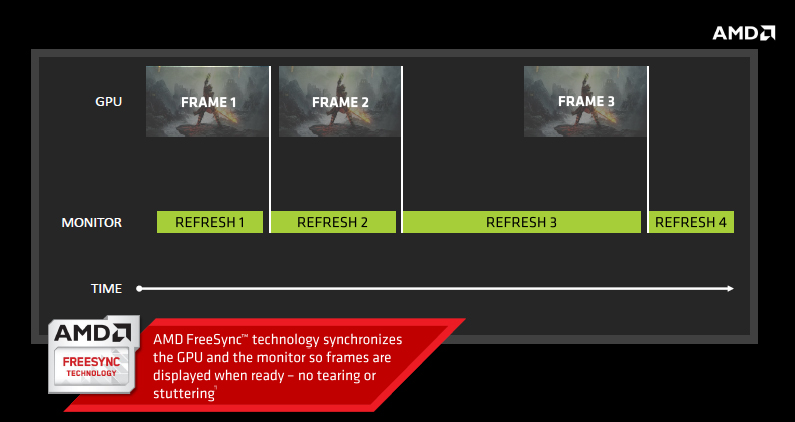 Using adaptive refresh rate in games, we can get totally smooth gaming, without tearing, but only if the GPU is able to provide high frame rates all the time. In other words, FreeSync works well when the frame rate stays inside the variable refresh rate (VRR) of the monitor. This is very important fact since not all FreeSync monitors have the same range of VRR.

The published refresh rate in AMD’s slide is a bit misleading. The quoted range (9-240Hz) is maximum and minimum refresh range published by the VESA standards body, while VRR actually depends on the actual implementation in the monitor. When the frame rate is higher or lower than this, tearing is possible. For example, the VRR on the Samsung U24E590D is 40Hz to 60Hz. We will explain later what you have to do in order to use FreeSync efficiently. 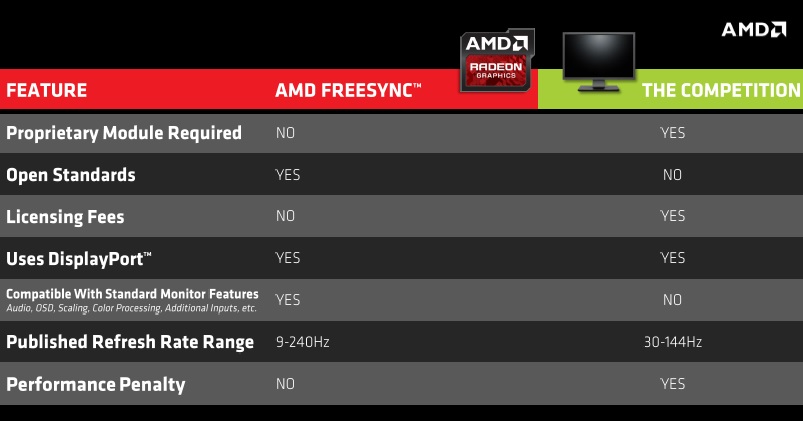 The next two paragraphs explain the two states of the V-Sync option, which most gamers disables to ensure the highest possible framerate. The downside to this is that it creates frame tearing.

When V-Sync is turned off, the monitor will paint the screen at a static refresh rate no matter what. For example, a monitor with a 60Hz refresh rate paints the screen every 16ms, while a monitor with 144Hz paints the screen every 6.94ms. The problem with a static refresh rate is that your monitor may get more than one new frame from the graphics card while it is in the screen refresh state. Monitors typically refresh from top to bottom and as a consequence it ends up drawing parts of multiple frames on the screen resulting in frame tearing. Our eyes are good in detecting contrast differences or edges in an image and we perceive tearing artefacts as disturbing effects since they appear to as like a horizontal lines (edge) across the whole screen. Tearing is most noticeable on vertical objects like pillars and walls with high contrast to the objects in background during faster horizontal motion. The next image shows extreme tearing, however it is unlikely that you will often experience such extreme tearing. 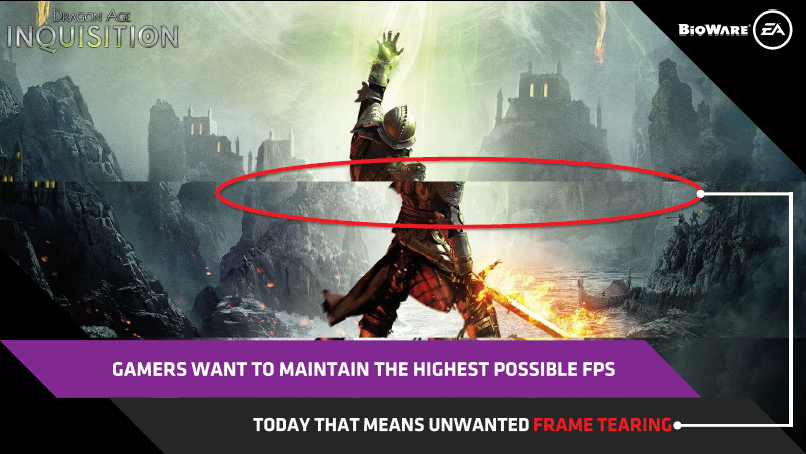 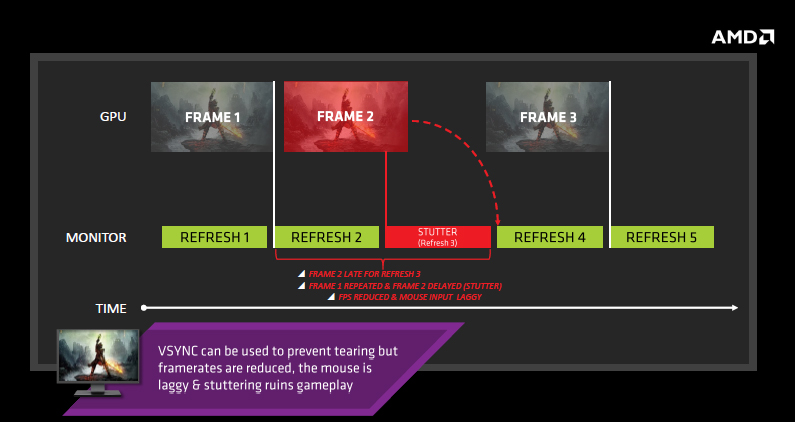