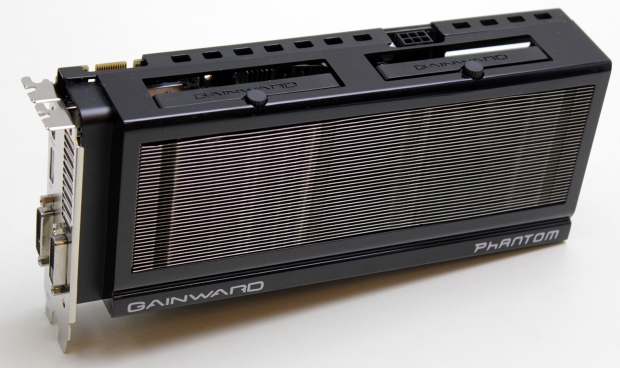 The memory overclock really does much to increase gaming results, and GLH is faster that many GTX 960 competitors cards which have higher GPU clock, but no memory overclock. This was a good call on Gainward’s part.

Nvidia just launched the GTX 960 series, the first mainstream graphics card based on the company’s Maxwell architecture and we are playing with a few samples, including Gainward’s GTX 960 Phantom GLH (Goes Like Hell) card.

The GLH card looks like many other Gainward cards with the trademark Phantom cooler, as it is not a new design – the cooler is used on the GTX 760 Phantom card and GTX 970 Phantom card, but this is not a bad thing. Actually, it’s a good thing since this is a great cooler, but the downside is that it takes up 2.5 slots in your rig. 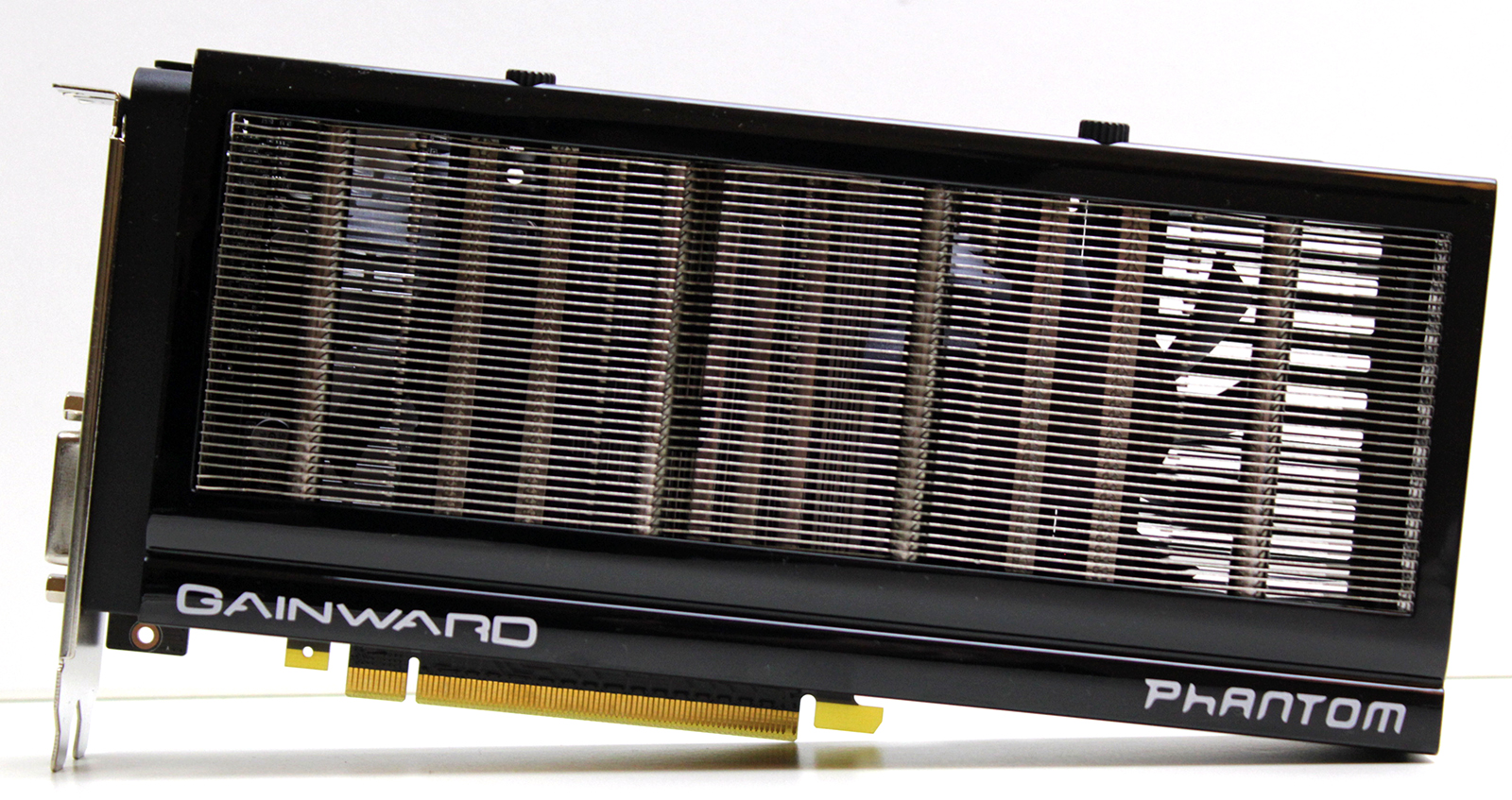 The Phantom’s fans are hidden behind the heatsink, so it may trick the casual observer into thinking that it’s a passive cooler. Still, if you peek through the heatsink fins, you’ll see the silhouettes of the fans. The shroud looks nice, but it is plastic. The GTX 970 Phantom card is 247mm long and 112mm high. 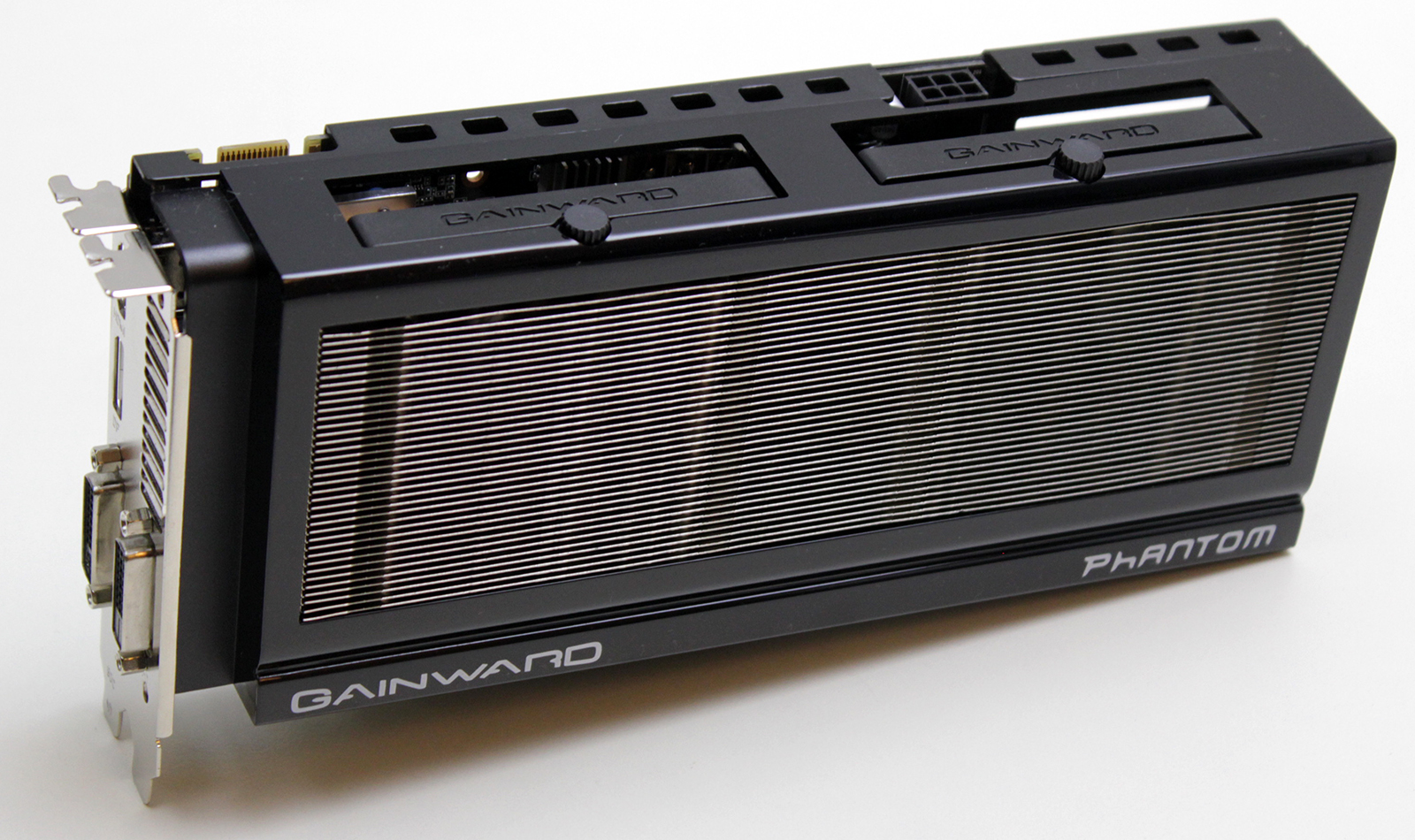 The fans can be removed without removing the heatsink or messing with the wiring. You just need to undo a single screw and pull the fan out of the heatsink. This clever trick was introduced on Gainward’s Kepler generation cards and it saves a lot of time if you need to clean your card. 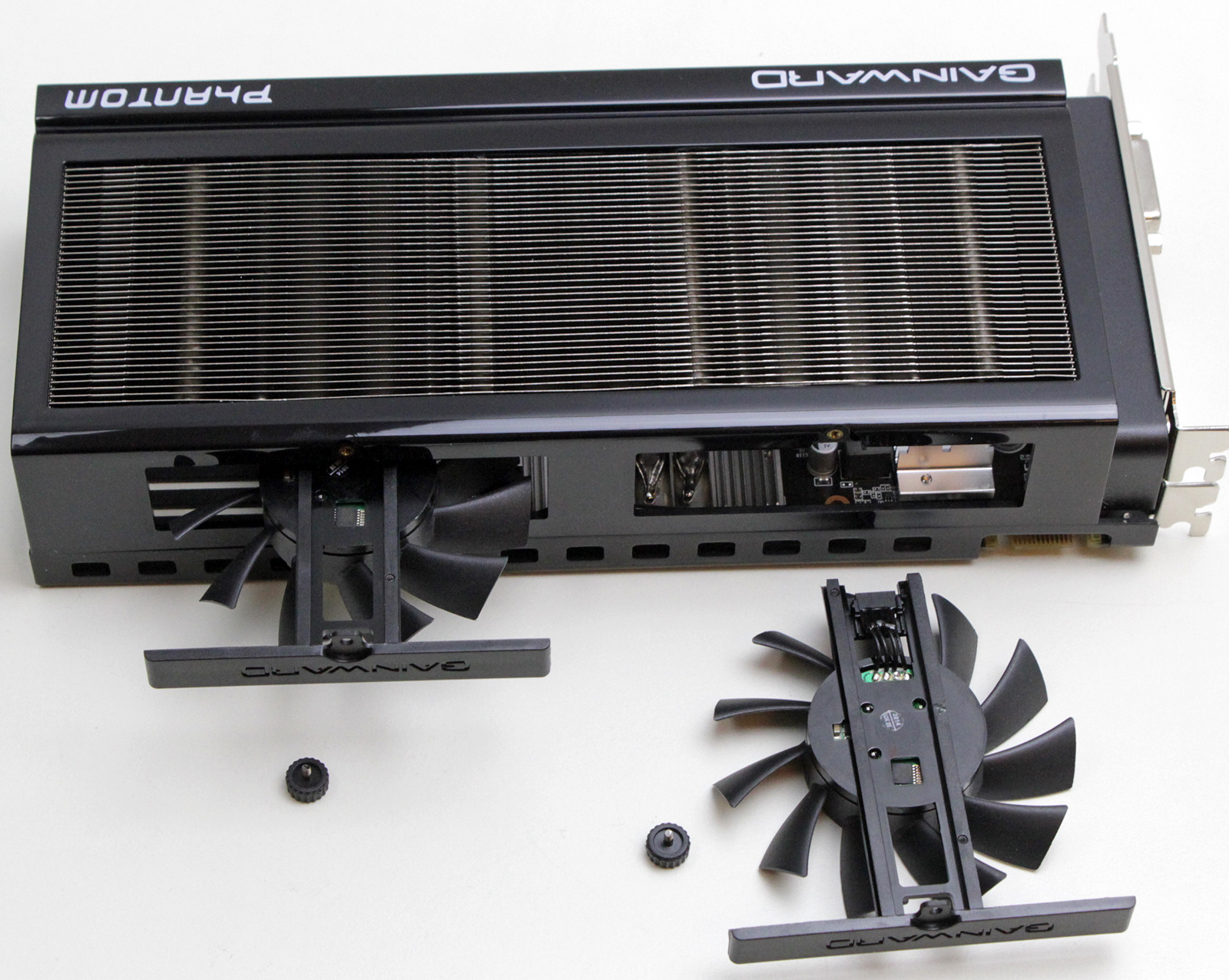 The Phantom cooler is can keep the temperature below 69 degrees Celsius despite high factory overclock. More importantly, the card is quiet all the time. Gainward did not implement Nvidia’s new Fan Stop Mode feature (which stops the fan in idle) but the GTX 960 Phantom GLH is inaudible in idle mode anyway. Our measurements can confirm that in idle the GPU temperature of the GLH stays below 32 degrees Celsius and the card is totally silent. When it’s idling, the fans spin at about 800RPM, as you can see from the GPUZ screenshots below. 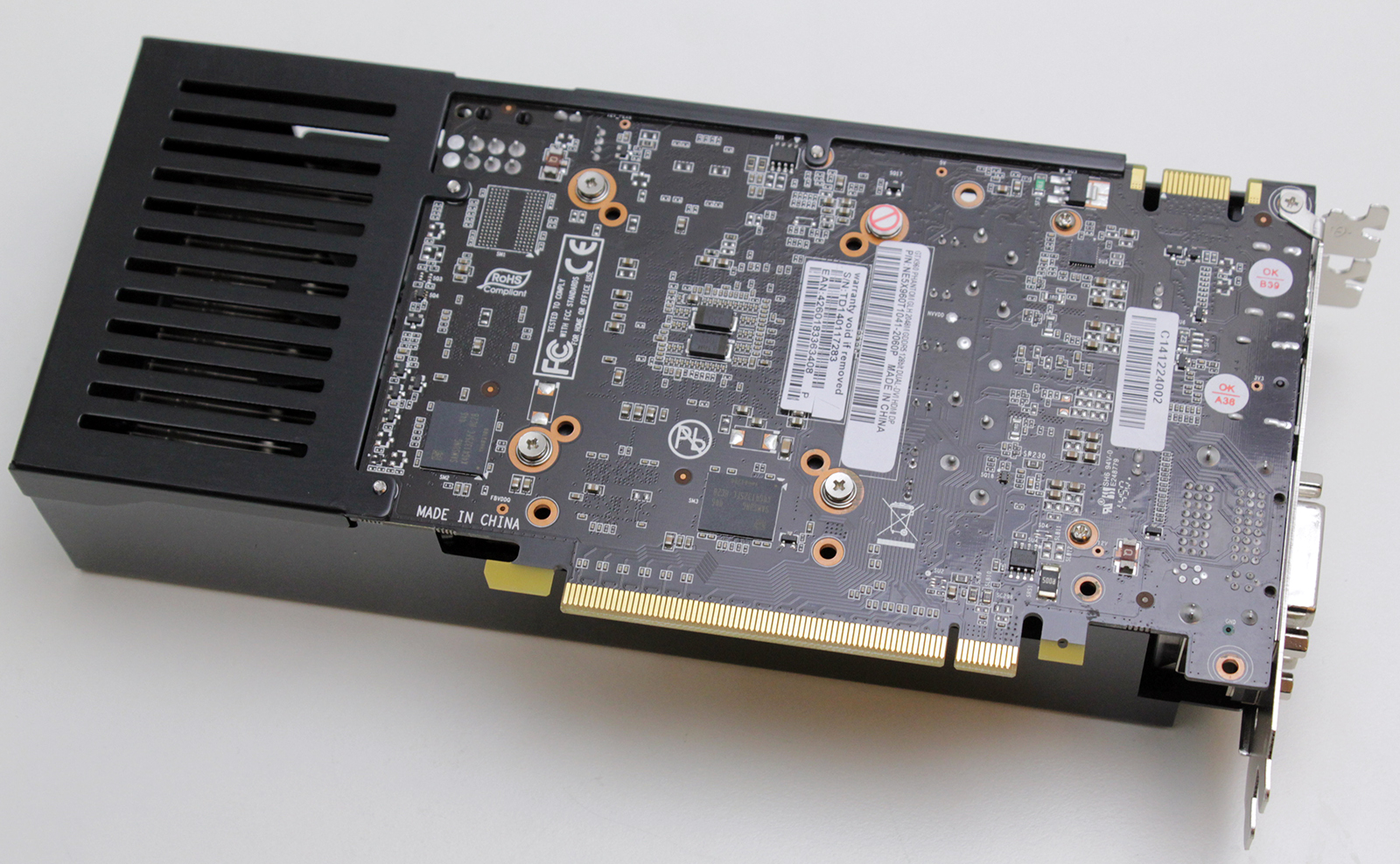 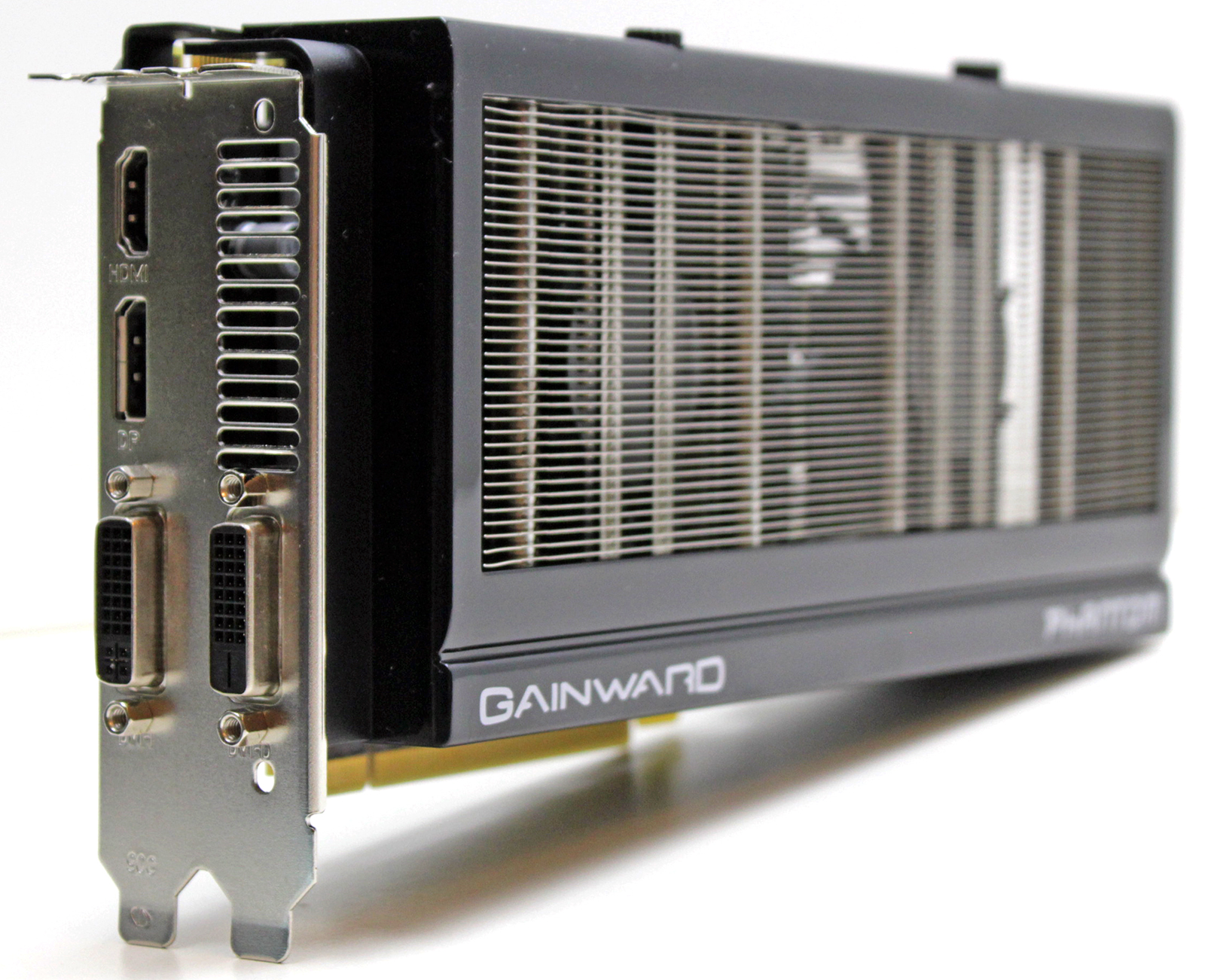 The GTX 960 Phantom GLH is good card for gamers on a budget who are keen to play at 1080p with plenty of eye candy. The factory overclock brings better performance out of the box. The Gainward card comes with a 153MHz GPU overclock, and what we really like is the 50MHz (200MHz effective) memory overclock. The memory overclock really does much to increase gaming results, and GLH is faster that many GTX 960 competitors cards which have higher GPU clock, but no memory overclock. This was a good call on Gainward’s part.

We will proceed to run more tests and the full review will be available soon. 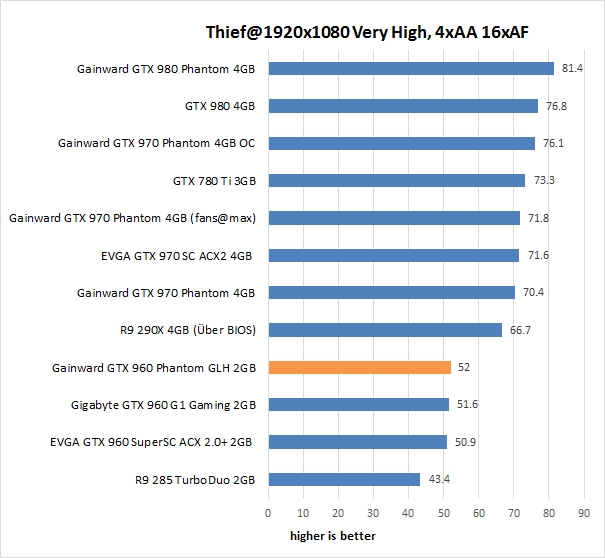