The cooler looks like it should have no trouble keeping the temperatures and noise emissions in check. We’re talking about a dual-slot cooler with two 7cm fans on top. Gainward took an open shroud approach, where fans are positioned on top and blow directly at the heatsink, but this approach means that hot air will not be vented out of the chassis. Adequate airflow is necessary to ensure the best possible cooling, but it’s nothing that a few quality intake and outtake fans won’t effectively nullify. What's more, this is not a 150W or 200W card - it won't generate much heat, so this is hardly something to moan about.

The next picture shows the GTX 750 Ti Golden Sample in all its glory. The card itself is 245mm (10 inch) long due to its non-reference cooler, but the PCB measures only 150mm in length. The reference GTX 750 Ti with cooler is also 150mm long. 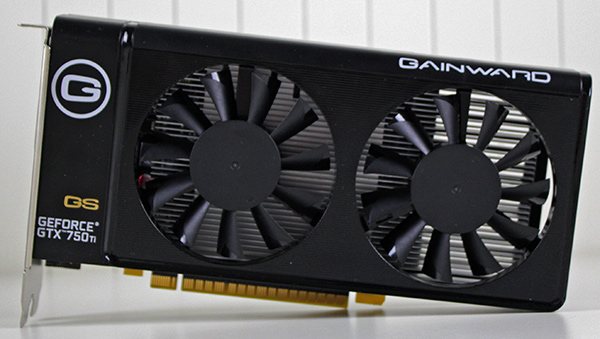 The Golden Sample card does not require any additional power connector. All the juice the card needs is supplied via the PCIe connector. 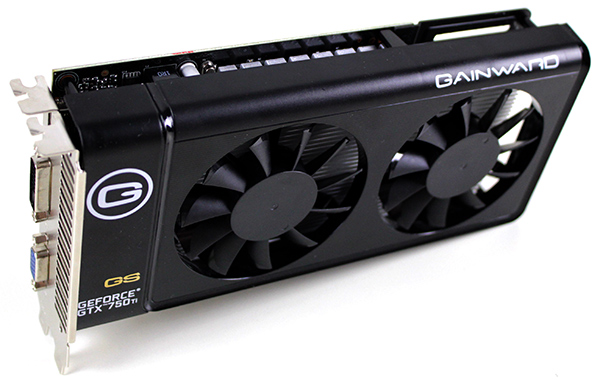 Since it's not a high-end product, Nvidia dropped SLI support on the GTX 750 Ti (with the GTX 650 Ti SLI was not possible, but it was supported on the GTX 650 Ti Boost). As you can see from the picture the card does not come with an SLI connector. 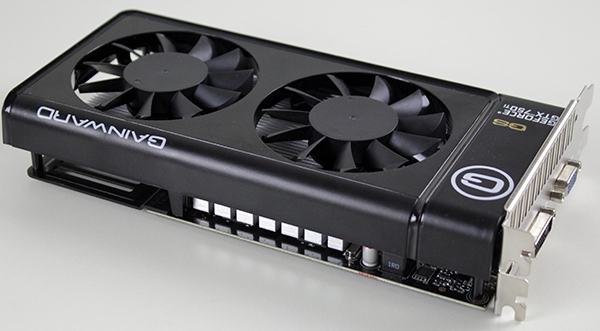 The DVI port on the card supports both DVI-I and DVI-D. Additionally you will get a mini HDMI port, but the converter is not included. You can use all three outputs at the same time. The reference card comes also with one mini-HDMI connector, but it has two DVI ports, one of which supports analog VGA output. 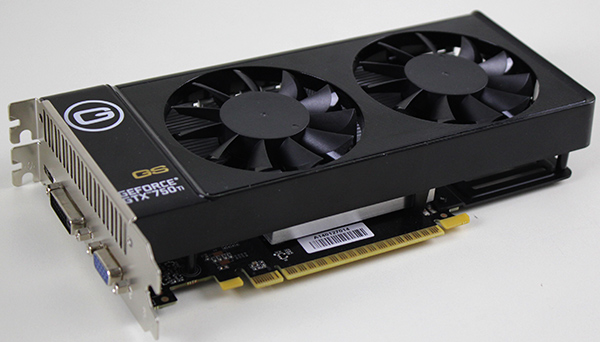 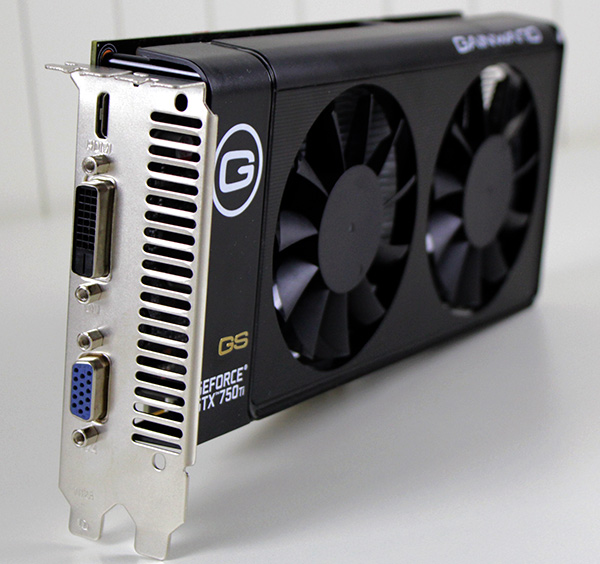 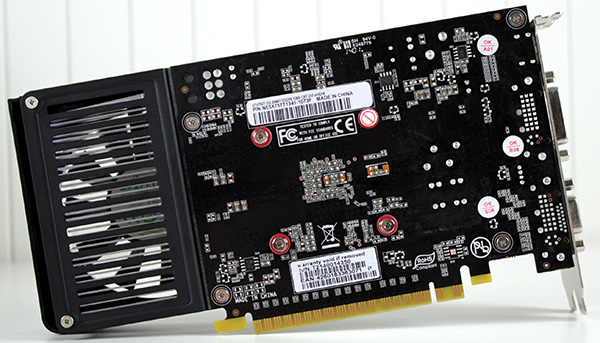 Just to illustrate the difference, this is what a reference GTX 750 Ti looks like. The low TDP, courtesy of the new Maxwell GPU, allows Nvidia to use a simple all-aluminum heatsink that reminds us of old Intel stock coolers. 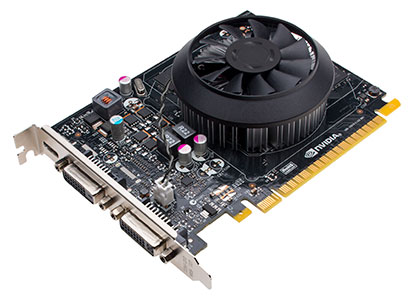 We were somewhat disappointed when we took the shroud off and looked under the bonnet. Gainward's cooler is oversized and it has a big heatsink, but there are no heatpipes, no copper base, nothing fancy to help the cooler distribute heat from the core to the fins. However, thanks to our earlier reviews we already know that the GM 107 GPU does not produce much heat anyway. This fact allowed Gainward to go for a hefty factory overclock, raising the GPU base clock by 182MHz (18% overclock). Two fans will hopefully should help keep it cool and the fact that the cooler does not really require heatpipes is a testament to Maxwell's efficiency. 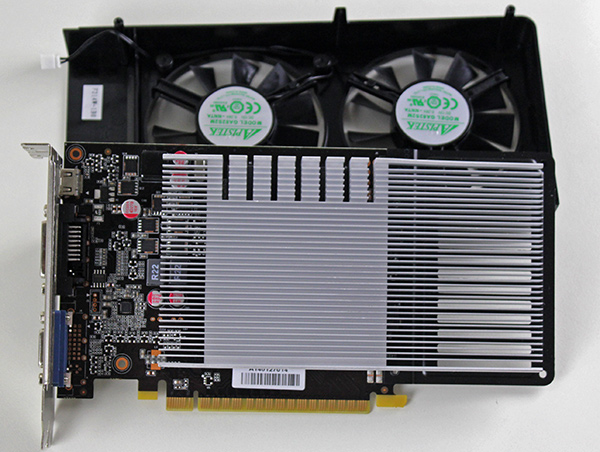 The card has 2GB of GDDR5 memory, courtesy of Samsung. The chip designation is K4G41325FC-HC03. All memory modules are on  the GPU side of the PCB. The heatsink only deals with heat dissipation from the GPU, while memory and power components are cooled indirectly by airflow.