While idling the GPU temperature ranged from 32 to 34 degrees Celsius. The fans are silent in idle mode. 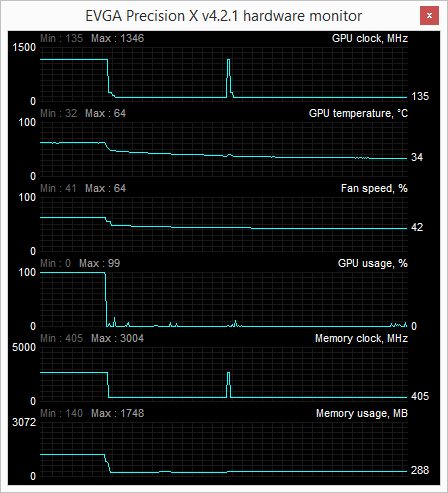 Although the cooler is relatively simple, with no copper base or heatpipes, it has a relatively big surface. With two fans on top, it is more than adequate given the relatively low TDP of the GM107. Let's not forget that the card is factory overclocked by 182MHz, either.

During our standard game benchmarks, we noticed that the card tends to change the speed fan when monitoring tools like PrecisionX or MSI Afterburner are used. When the tools aren't running, the fans are silent and don't run faster than 41% RPM, even when running games. The temperature tends to increase slightly higher than on other GTX 750 Ti cards we had a chance to test. The maximum temperature recorded during our tests was 74 degrees Celsius. This is still a safe temperature and we like the fact that Gainward optimized the card for silence rather than sheer cooling performance. Keep in mind the 41% RPM does not really correspond to noise level when compared to other cards, because the actual RPM and noise will vary from card to card.

In essence, users who are looking for silence should consider this card, as it balances silence and performance rather well. If for some reason you believe the temperatures are too high, you can activate the PrecisionX tool and allow the fans to speed up automatically to 64% RPM under load. This is enough to reduce the temperature by about ten degrees, but at the same time the fans become audible. Even at 64% the fans are relatively quiet, they're not loud enough to annoy you, not even close. 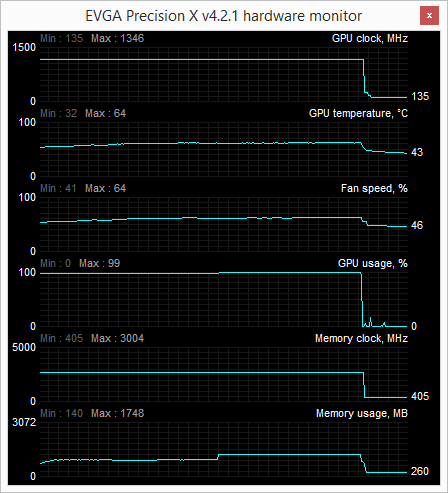 You can also use Gainward ExperTool to check or set some values. 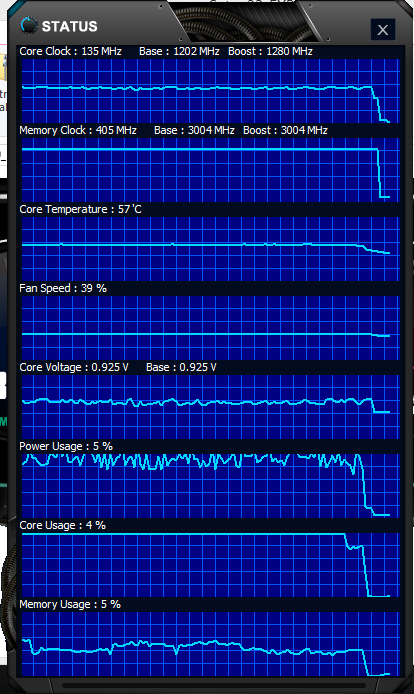