Gainward has been developing its own monitoring and overclocking tool for years and ExperTool is now in version II. It supports overlocking Kepler based cards, it displays sensor readouts and allows for simple fan RPM control. It looks much better than the previous versions as well. The current 8.9  version also supports Frame Rate Target, which wasn’t featured in the original ExperTool II release.

The status monitor is a welcome addition to any tool, but the sensor readings in the graphs only allow for real time readings. It is not possible to chart sensor readings over a certain period, which could come in handy.  In any case the key readouts reveal some important information about the card. 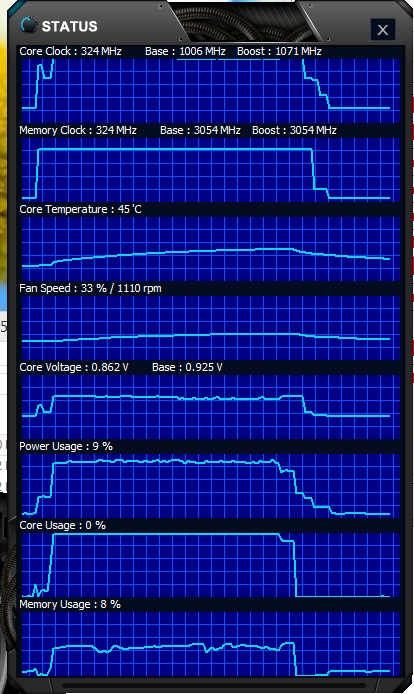 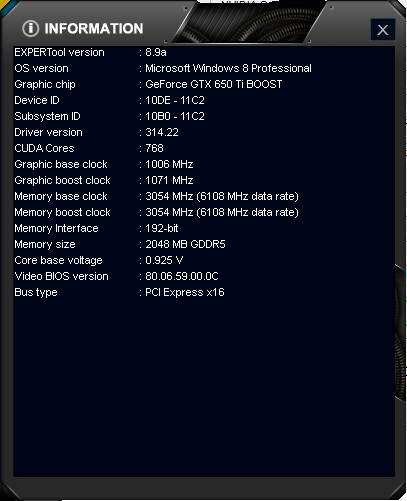 Clicking Overclock G button opens up a new window, where users are free to set their OC parameters. The overclocking results we got were nothing spectacular. The GPU was stable with a base clock set at 1100MHz, but as soon as we hit 1150MHz we encountered some stability issues. We managed to take the clock up from 1527MHz to 1700MHz with ease. 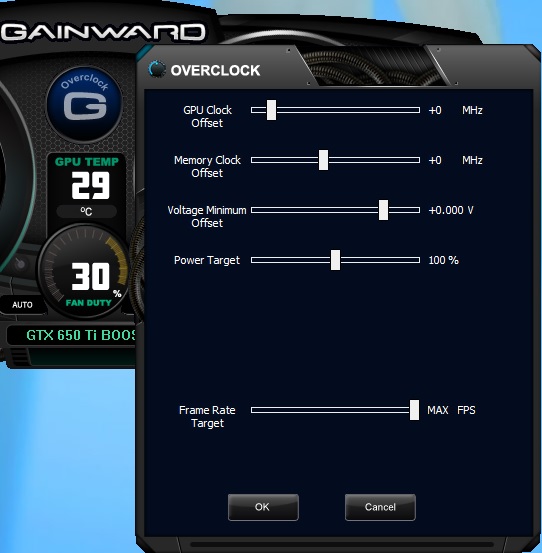