Suspending the mouse cable in order to keep it from from cluttering the table and getting in the way, is an idea that Rocat turned into reality three years ago, when the company launched the Apuri. Although CM Storm wasn't even around then, this Cooler Master's brand has built up quite a name for itself since. CM Storm already has plenty of quality gaming mice and now it’s time for some accessories.

So, let’s see whether the good old Apuri has a reason to stick around, or the Skorpion’s introduction equals Apuri’s retirement.

The Skorpion looks a bit like a real scorpio. True, a real scorpio has eight feet, while the Skorpion has three, but it’s the sting that evokes the similarities.  At the same time, the Skorpion’s “sting” is its most important part, and it’s described as an active flex rubber mouse cord arm. 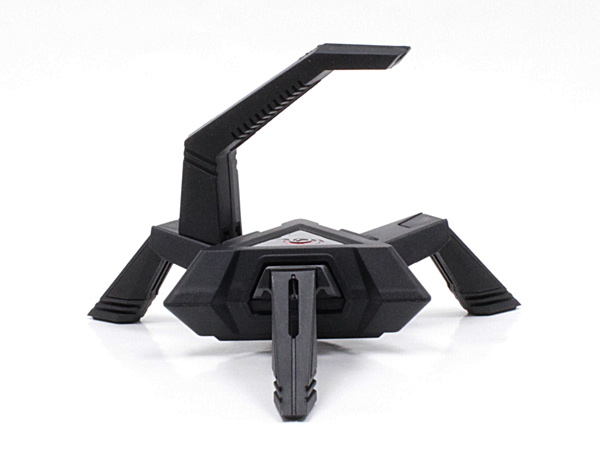