GTX 650 Ultra Charged is really a miniature graphics card, only 14.8cm long (PCB is 14.5cm). It couldn’t have been shorter because it would be too short for the PCI Express connector. 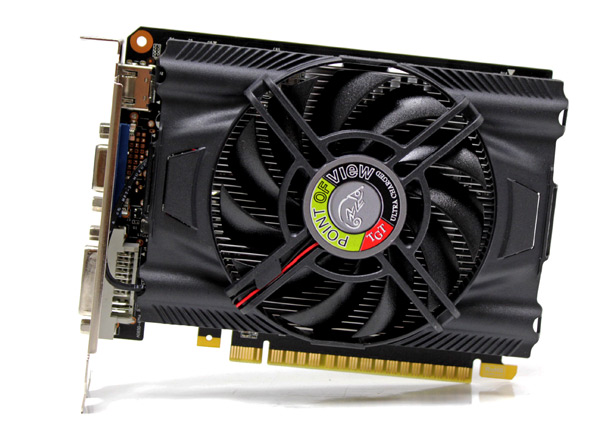 TGT strapped its factory overclocked GTX 650 Ultra Charged with dual slot cooling, making sure it’s quiet. The cooler is actually a simple solution made of a large heatsink and a single fan. The heatsink is one slot wide, while the fan takes up another. 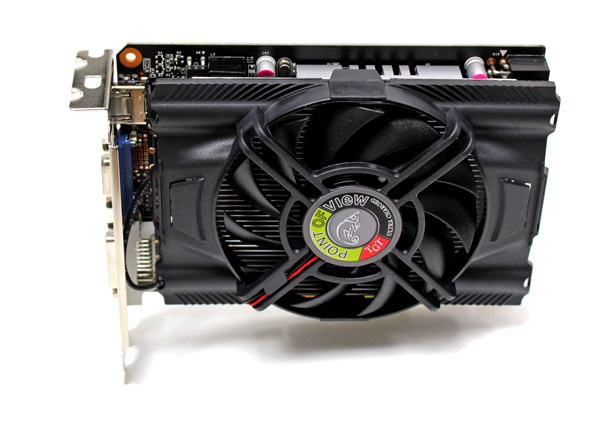 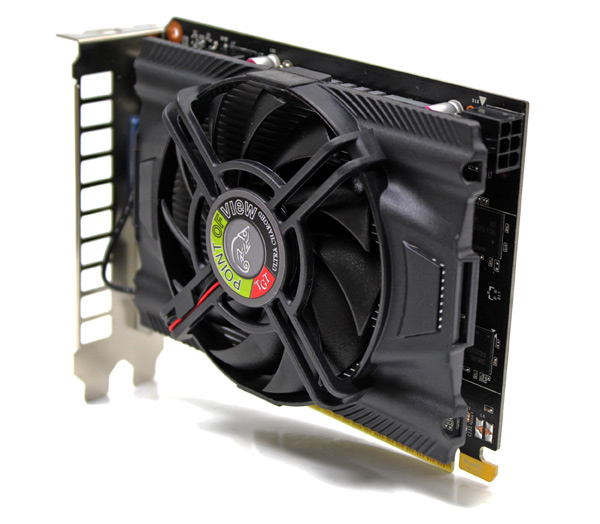 The fan is 9cm in diameter (CF-12915B 3000 RPM). It looks a lot like the fan used in GTX 680 cards. It also has 11 fins, but it uses two wires, instead of the GTX 680’s three. Its speed can still be controlled but all the tools we used read the RPM in percentages only. We maxed the fan out at about 90 percent RPM. All in all, the fan isn’t loud, not even when maxed out. The fan is easy to take out for cleaning - releasing the two latches holding the plastic frame will do. 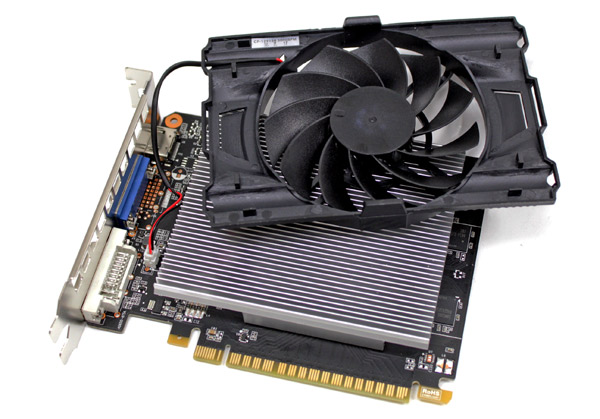 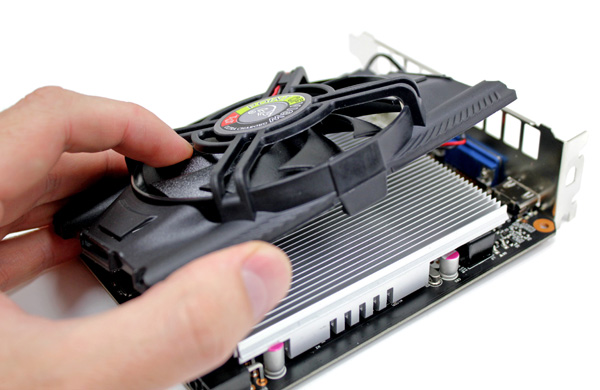 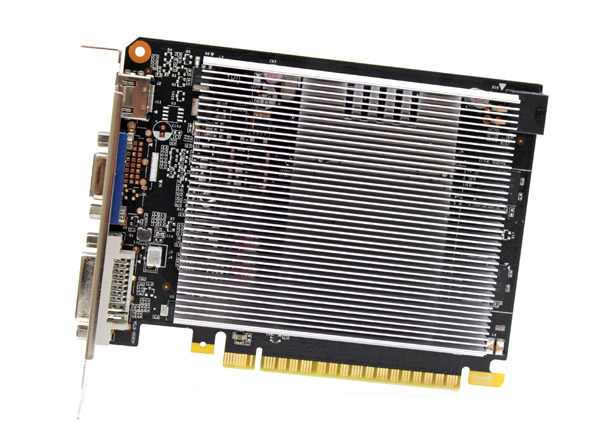 TGT’s GTX 650 Ultra Charged packs a total of 1GB of Samsung’s GDDR5, in four memory modules. All of the modules are placed on the front. The memory is model number K4G20325FD-FC04, meaning it’s GDDR5 specified to run at 5000MHz GDDR5 effectively. 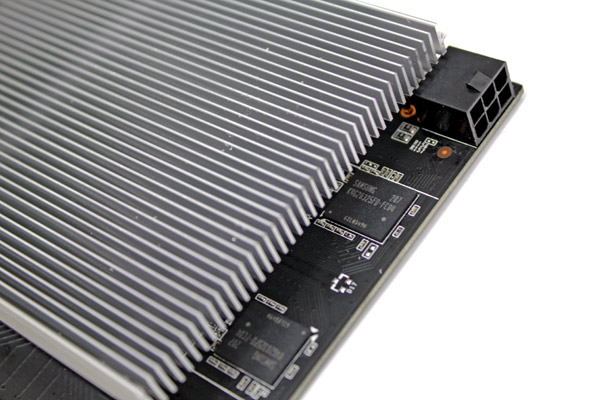 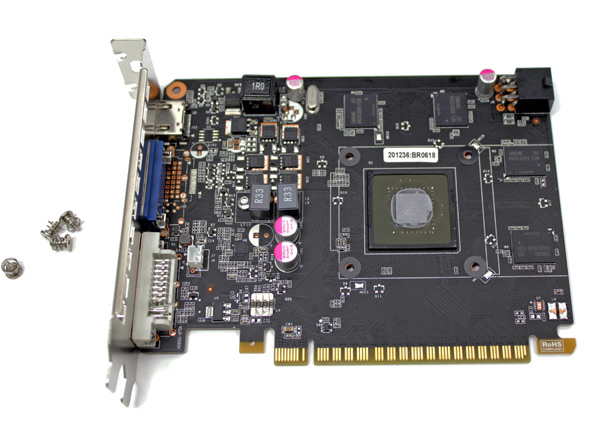 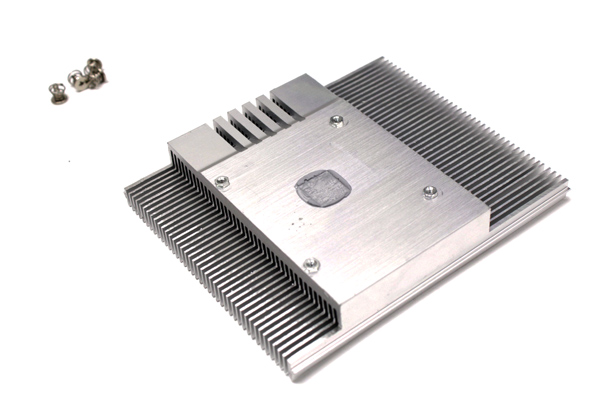 The Ultra Charged’s I/O panel offers three video outs. VGA out is slowly fading, but PoV/TGT thought there are still users who need it. The GTX 650 is too weak for surround gaming but using more displays for office work has multiple benefits as well, so no need to throw your old VGA display out just yet. 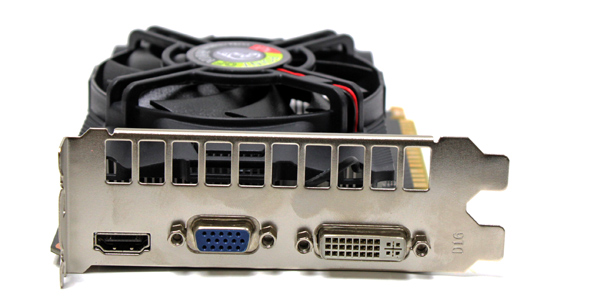 There is no SLI connector, which doesn’t mean SLI is off, but we don’t have two GTX 650 to try it out.