Our today’s guest is Point of View / TGT GTX 560 2048MB Beast graphics card. As the name clearly states, this graphics card has double the reference amount of memory whereas the moniker Beast says that the card is overclocked. In fact, the GPU runs at 920MHz (reference clock is 810MHz) while the memory is at 1056MHz (reference clock is 1002MHz). Naturally, higher clocks mean higher pricing but we’ll see whether this card can justify its price.

Nvidia expanded its performance segment offer with the launch of Geforce GTX 560 graphics card in May. The GTX 560, together with GTX 560 Ti, was classified as so called “gamers’ sweet spot” graphics, meaning that gamers on tighter budgets should find them very attractive. The optimum gaming resolution is 1680x1050, although 1920x1080 is possible as well depending on the game itself. Of course, factory overclocked GTX 560 2048MB Beast cards should score better at 1920x1080 than their reference counterparts.

The GTX 560 2048MB Beast will set you back more than €200, which is definitely a turn off for many. However, the card does boast double the memory and higher clocks, although we would have liked to see a quieter cooler as well. 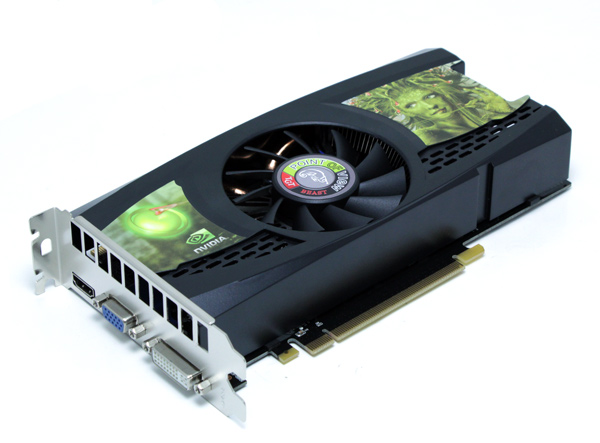 Point of View / TGT GTX 560 2048MB Beast comes in PoV’s recognizable packaging and TGT emblem. Beside the graphics card, the box holds the driver CD and a short user manual. The graphics card has three different video outs so there are not additional adapters/dongles in the box. 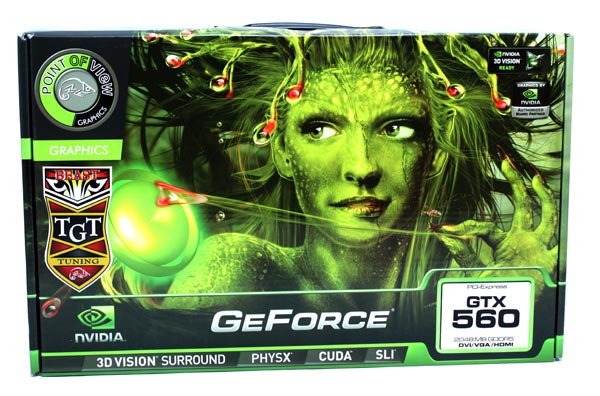 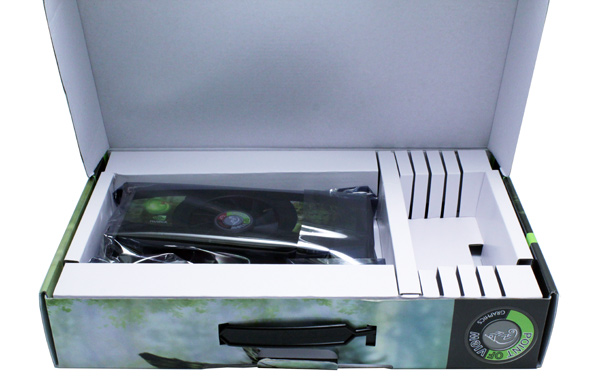 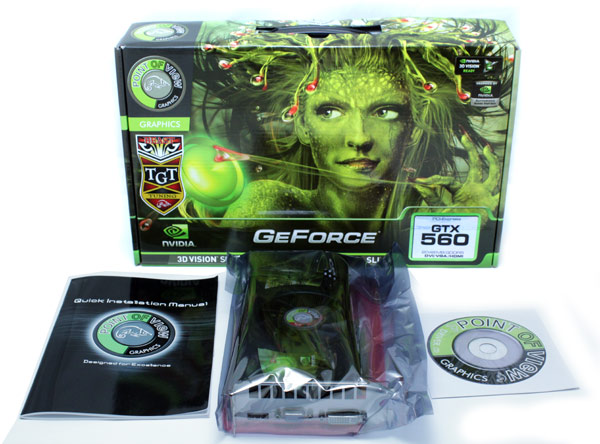