Before we removed the side panels, we had to remove the two SofTouch parts on the top and bottom parts of the rear panel. These parts are fastened with two screws each and only after removing them will you be able to access the sides or dust filters. The side panels are removed by tugging them towards the back of the case, but it gets a bit difficult since they are completely flat. 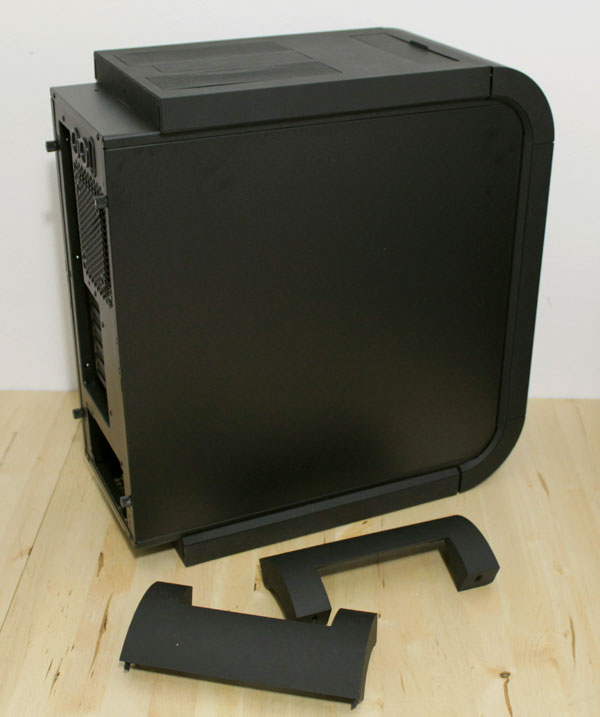 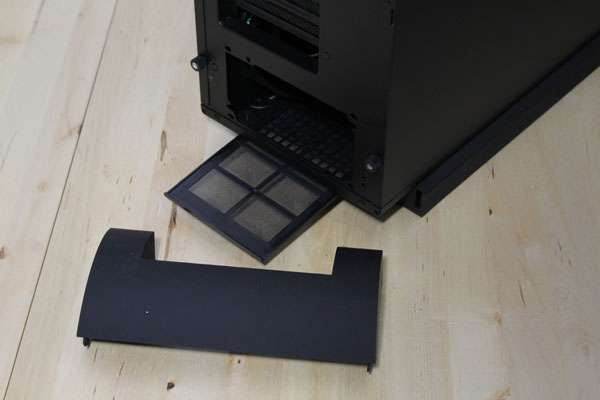 The insides seem pretty roomy, but let’s fill it up with some gear first. 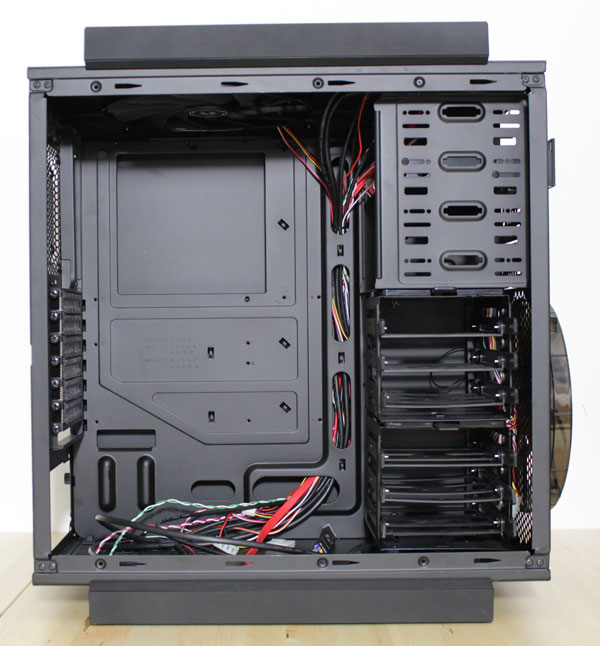 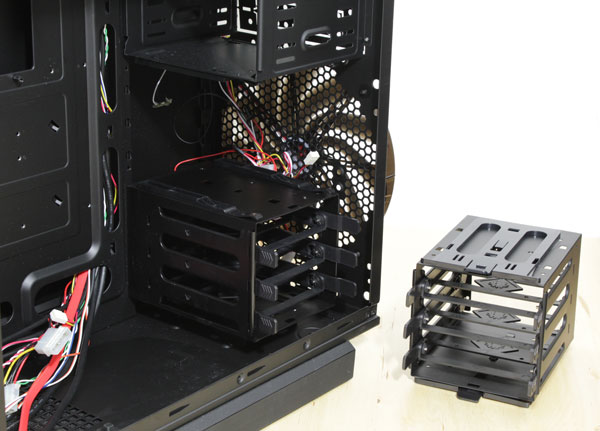 The Survivor’s standard setup boasts seven 3.5’’ and nine 2.5’’ slots. Furthermore, each 3.5’’ slot will take a 2.5’’ drive as well. Mounting the drives is pretty simple and straightforward and the brackets are rigid enough when placed in the HDD cage. 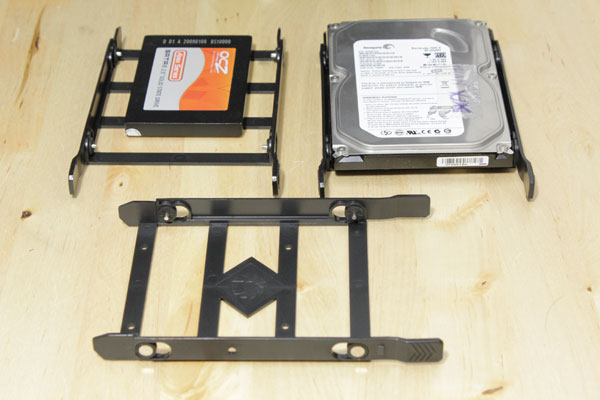 The Survivor has three external 5.25’’ bays for optical drivers. There is also an additional 5.25’’ bay on the top of the case, but it’s pretty much useless as it acts like a passageway for I/O panel cables. One of the three external slots can house a floppy drive, for which BitFenix included a converter. As you can see, the drives are mounted with regular screws. 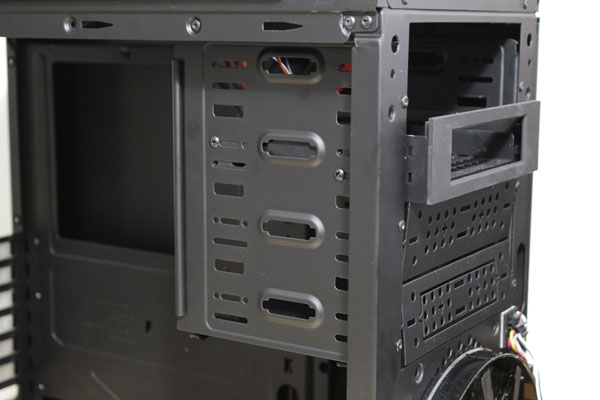 The Survivor comes with two 200mm fan that run at 700rpm and are really quiet. One fan is on the front while the other is on the rear panel. 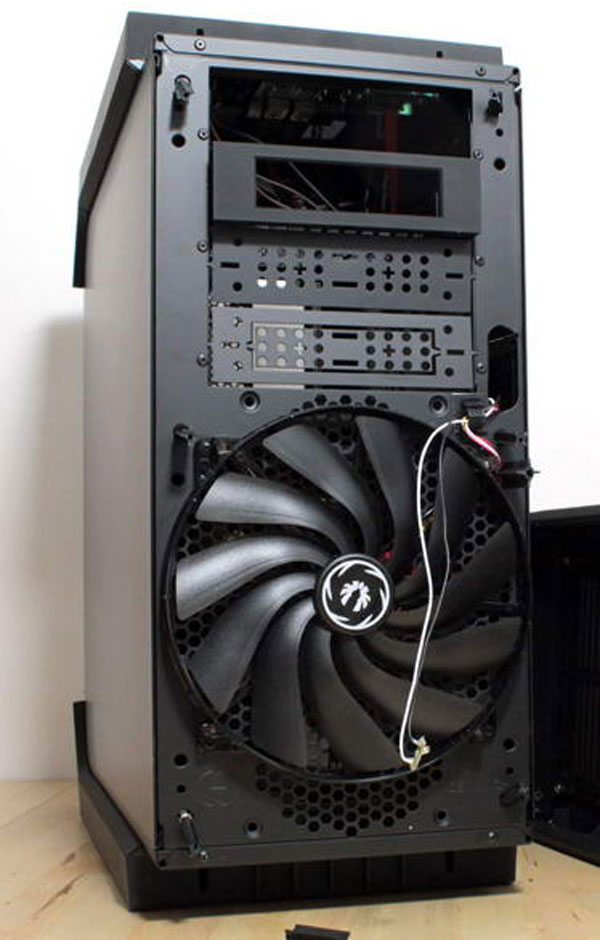 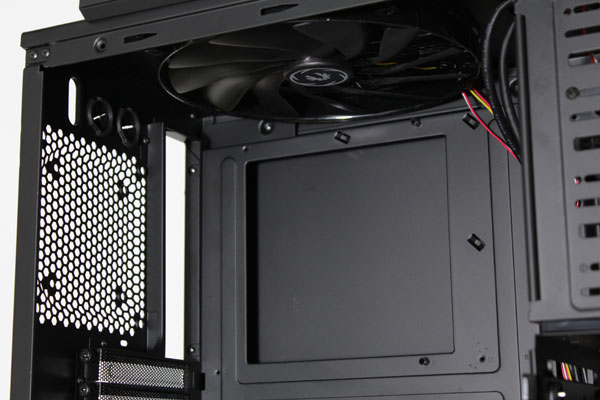 The case will take only one additional (120mm) fan, a spot for which was left on the rear panel. It’s really a pity that the side panels have no additional spots for fans and low cooling performance may yet turn out to be the Survivor’s biggest downside.

The motherboard tray has a large CPU backplate cutout and a few holes for cable management. 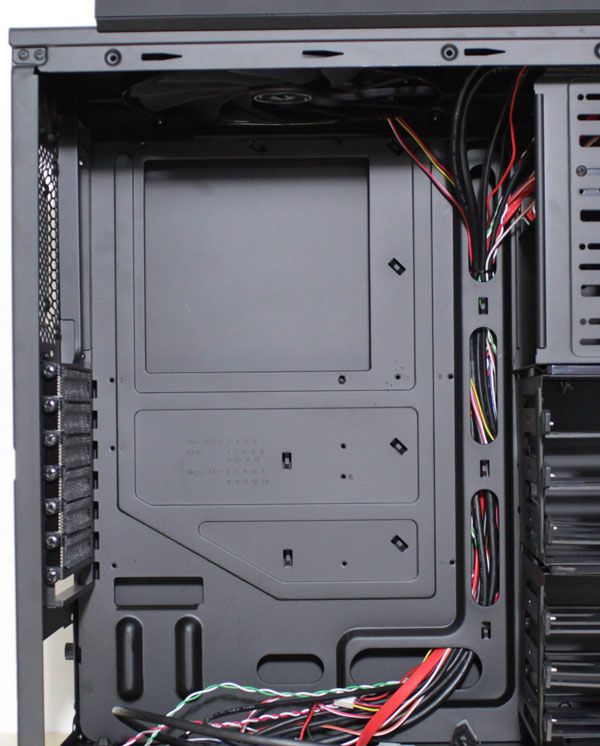 On the back of the motherboard tray has an indented channel for cable management, which really came in handy afterwards. There is 25.5mm of space between the motherboard and the side panel, which means that there is plenty of room for whatever cabling you may use. 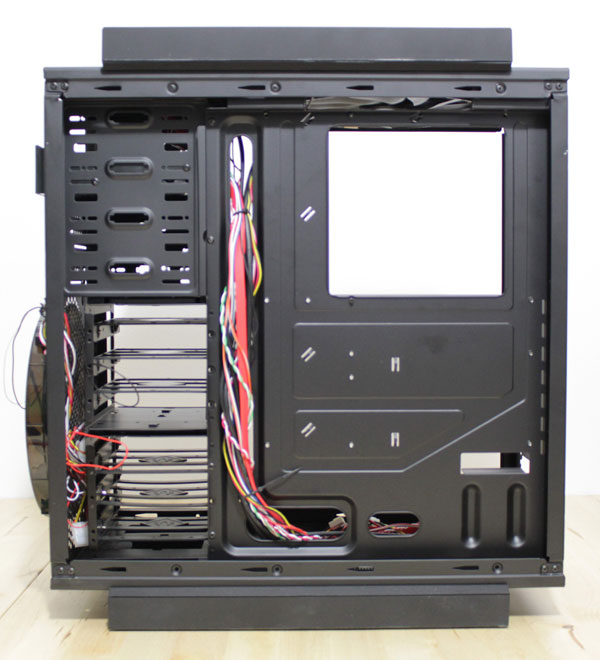 The Survivor is a mid-tower computer case for ATX motherboards. That didn’t stop us from trying to mount the Rampage II Extreme, but its 2.5cm of extra length over ATX boards meant we couldn’t. 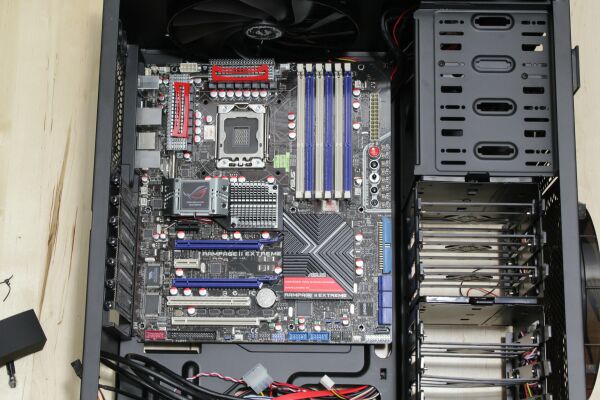 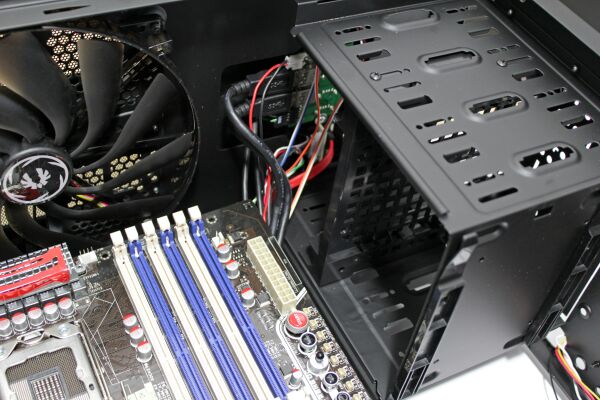 Although we had no trouble in mounting several standard ATX motherboards, mounting our gear made everything look a bit crowded. Perhaps it is because we used a large and passive CPU cooler that almost touched the top panel fan. 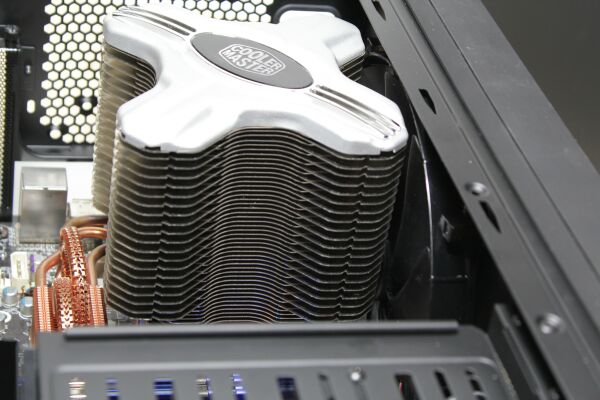 The Survivor comes with some kind of a LED controller, which we unfortunately could not test properly seeing as how our LED logo took a nosedive during transport. Still, we could use the LED controller for the top panel fan’s LED. The controller will take up to seven LEDs, which can be controlled via the front I/O panel. 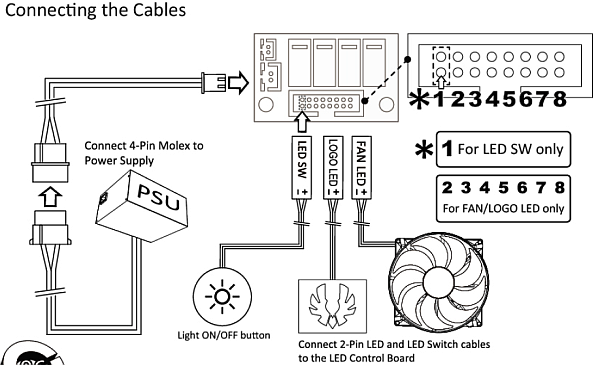 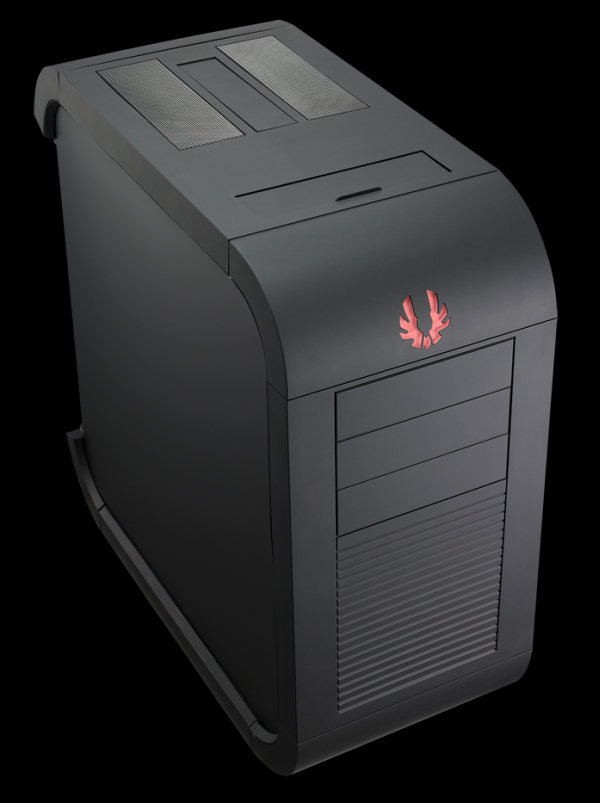 We did our testing using Intel’s Core 2 Extreme x6800 CPU, which we stressed to the max with Prime 95.

BitFenix strapped the Survivor with two 200mm fans, which are pretty quiet. The two included fans meant that performance is quite similar to that of the HAF 912 Plus case, which sits in the same price range.

The Survivor’s side panels have no additional air outlets. The back of the case will take an additional 120mm fan, which we’d advise you to do if you want maximum performance.

« Prev Next »
Last modified on 03 October 2011
Rate this item
(1 Vote)
Tagged under
More in this category: « Gainward GTX 570 Golden Sample reviewed Thermaltake Armor A30 tested »
back to top