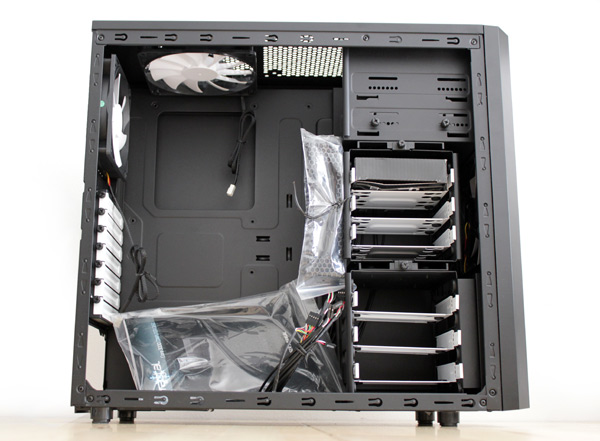 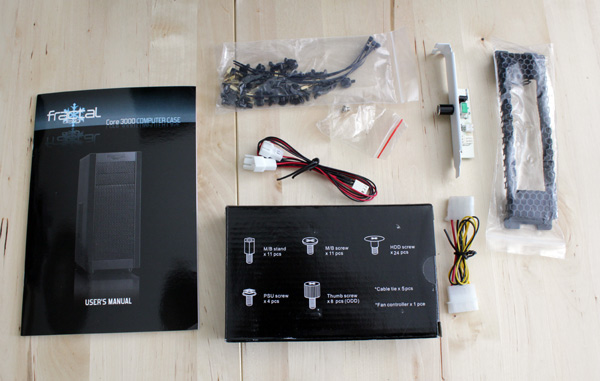 The manual has no pictures and only has a few instructions on how to remove or flip the top HDD cage or how to clean dust filters. The manual states that the case comes with a one year warranty. 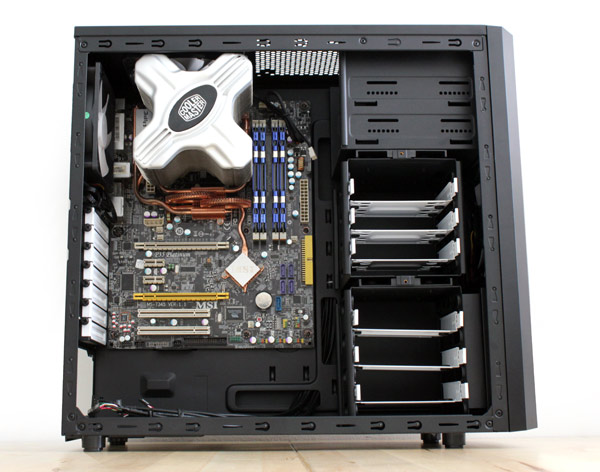 Adding a CPU and a CPU cooler to an already mounted motherboard is easy thanks to the CPU backplate cutout on the motherboard tray. The cutout measures 130mm x 133mm, meaning it is compatible with most motherboards.

The Hyper Z600 is our favorite passive cooler for testing computer cases. The Hyper Z600 is 160mm tall, which is Core 3000’s maximum allowed height. We had no problems with Hyper Z600’s height, but its width got in the way of the top panel fan. Namely, the Hyper Z600 touched the fins by only a mm or so, but we still had to take it off. 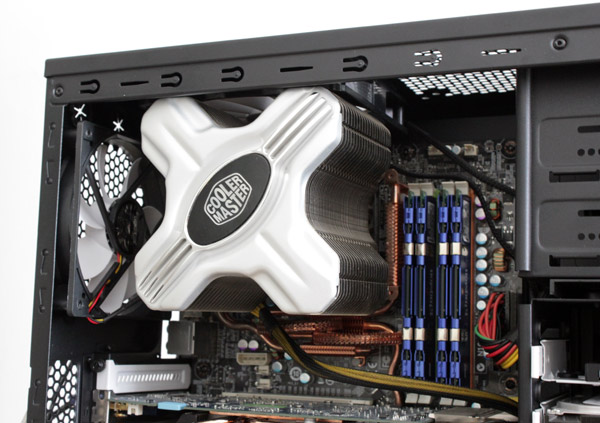 Thankfully, we didn’t have to move the fan too far, as you can see from the picture. 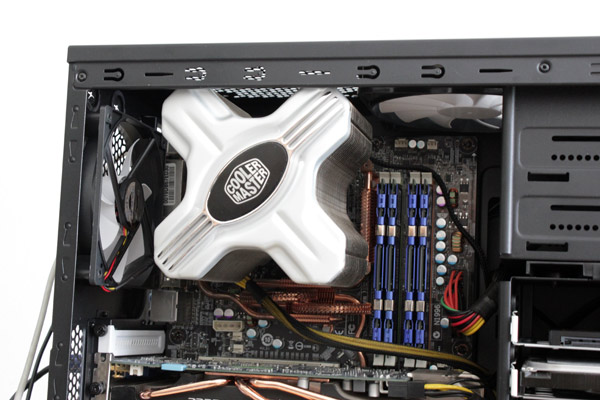 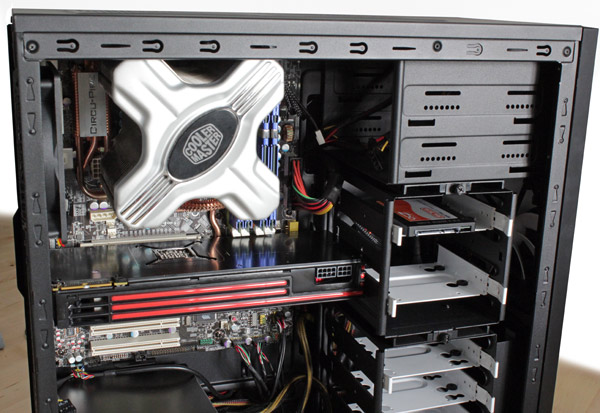 If you take the HDD cage out, then the case will take a card up to 42cm long. 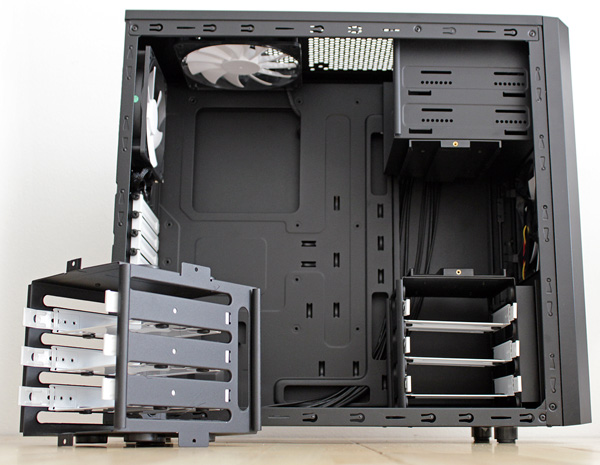 The following photo shows that the longest graphics card around, the HD 6990 (30.7cm) will fit nicely if you take the top HDD cage out. 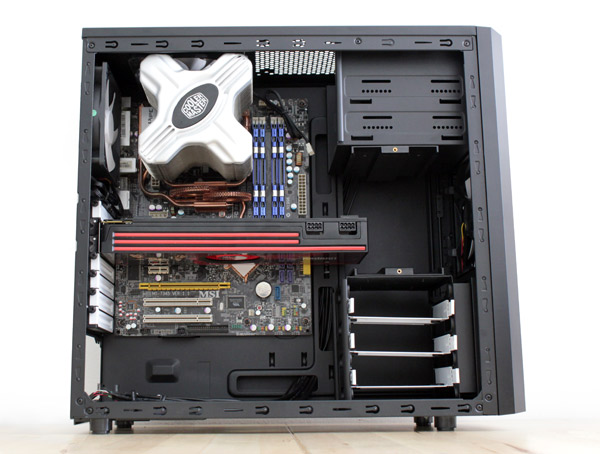 The PSU is mounted on the bottom and there are four grommets to prevent vibration noise. 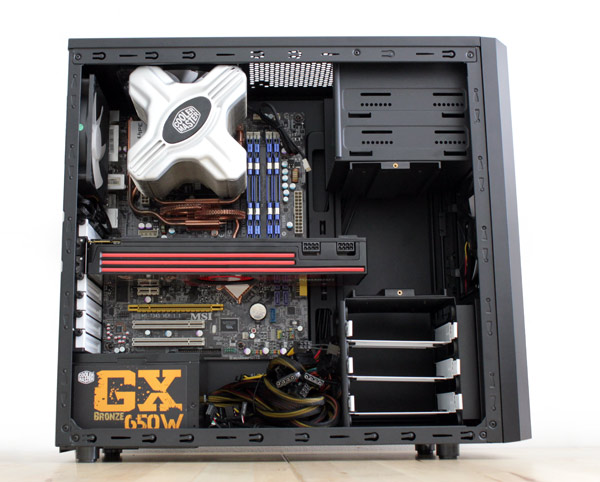 PSU cabling can be routed behind the motherboard tray. You’ll find that there is about 1cm of room under the right side panel, picture below. 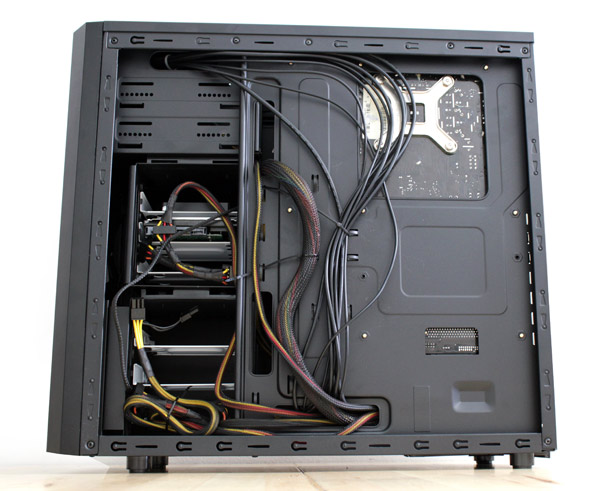 Fractal Design provided plenty of cable management notches. We would have liked a few below the CPU backplate cutout as well, since it would make managing excess cabling easy. 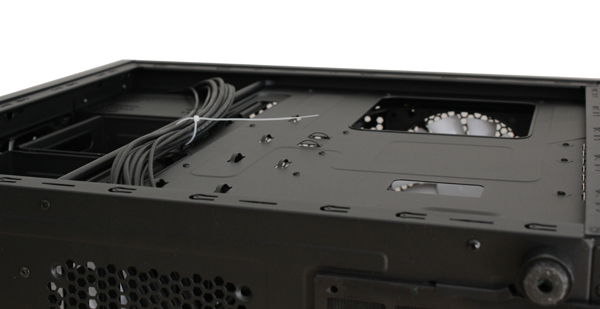 We already said the case comes stocked with three fans. The front panel, which already has a 14cm fan, will take another 12cm fan. A simple tug on the bottom of the front panel will suffice for taking it off. 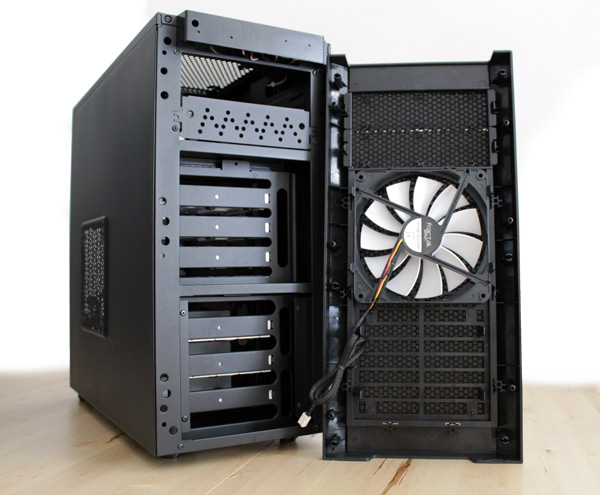 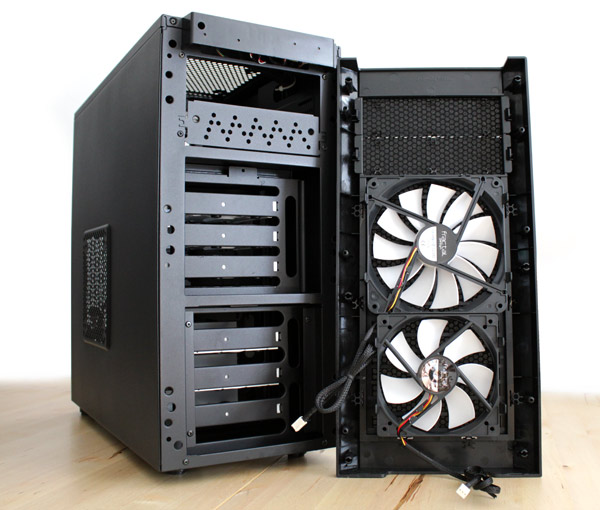 When running at maximum rpm, the fans aren’t quite what we’d call unbearably loud but they’re still audible. Thankfully, the fan controller can, and in our case did, take care of that as we lowered the rpm to make the fans almost inaudible. 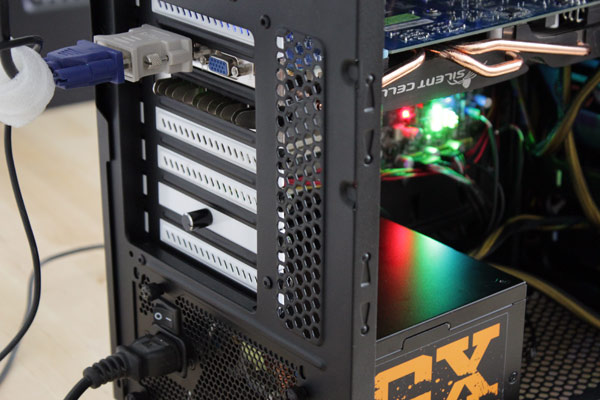 Dust filters can be found on the front and bottom panel (below the PSU). The bottom filter can be pulled out for cleaning. 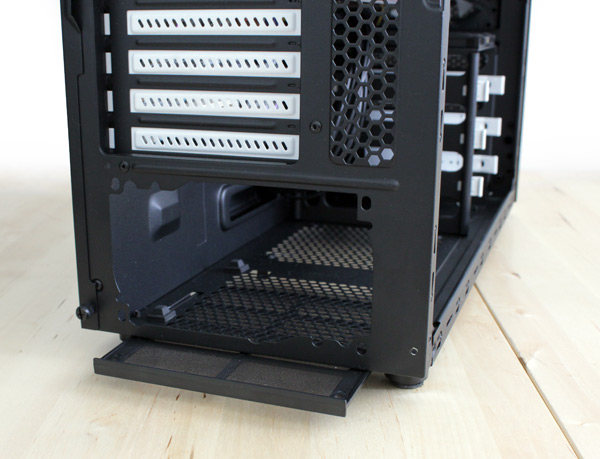 If you mount a 12cm fan on the bottom panel, the maximum PSU size will be 16cm. Our Cooler Master GX 650W Bronze PSU on the picture is 14cm long. 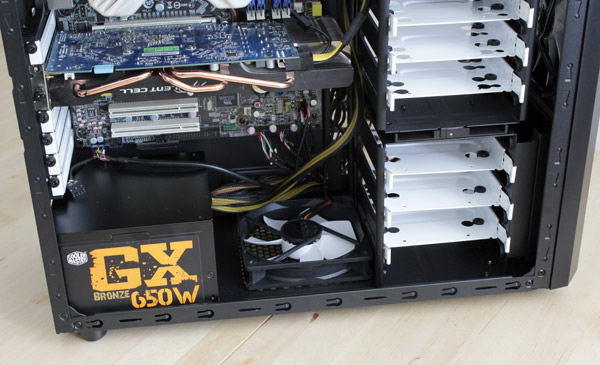 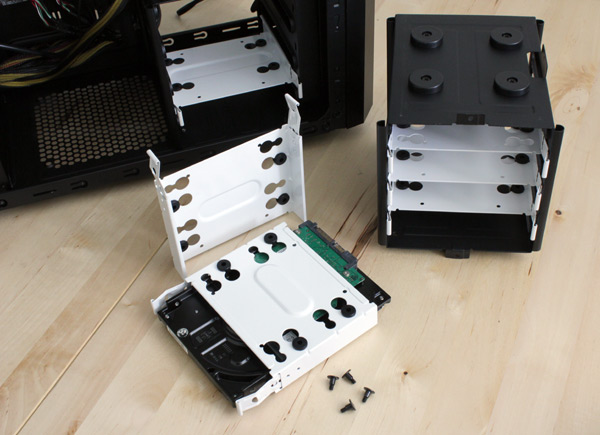 We were surprised to see that the bag has no 2.5’’ screws for SSD drives. We had to find some in order to mount our SSD, but you shouldn’t be concerned much as the screws usually come with SSDs. 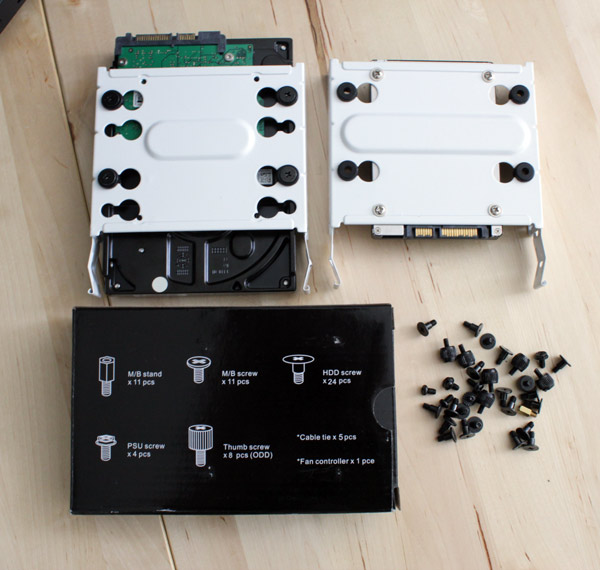 Mounting 5.25’’ optical drives will require screwing a few screws by hand because the company didn’t include a toolless mechanism. Most of the screws in the case are big-head ones, meaning no tools needed. We didn’t miss the toolless drive mechanism because we’d much rather have screws than a badly implemented locking mechanism.

Although it seems as if the case is small and has no room for cable management, a little bit of planning goes a long way. However, we would have liked a hole near the CPU backplate cutout in order to route the CPU cable.

The three included fans will provide enough cooling for most users. If you need more however, you can mount additional four.

As far as the material and finishing touches go, Fractal Design ranks pretty high among its competitors in this price range. 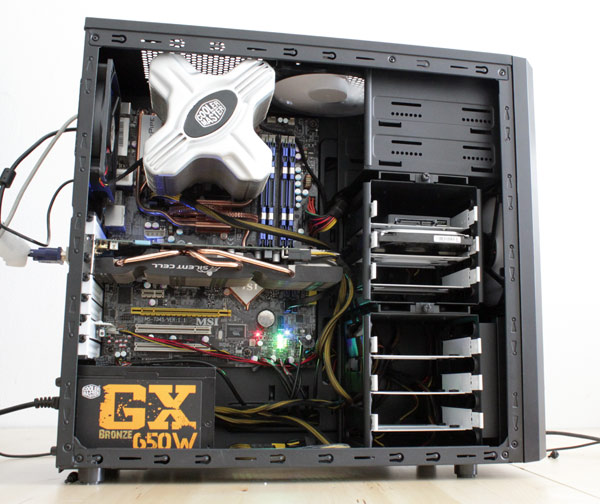 « Prev Next »
Last modified on 03 October 2011
Rate this item
(2 votes)
Tagged under
More in this category: « Lenovo’s IdeaPad S205 delivers Fusion on a budget Point of View / TGT GTX 580 3GB Ultra Charged review »
back to top