Review: As cool as cucumber with a 220mm fan


It doesn’t take a rocket scientist to see that number of laptop users is on the up and experts claim that notebook users will overtake regular PC users by 70% to 30% in only a few years. This has prompted many manufacturers to start launching various notebook accessories.

Our today’s guest is a laptop cooler made by Zalman, the company that surely needs no introduction by now. 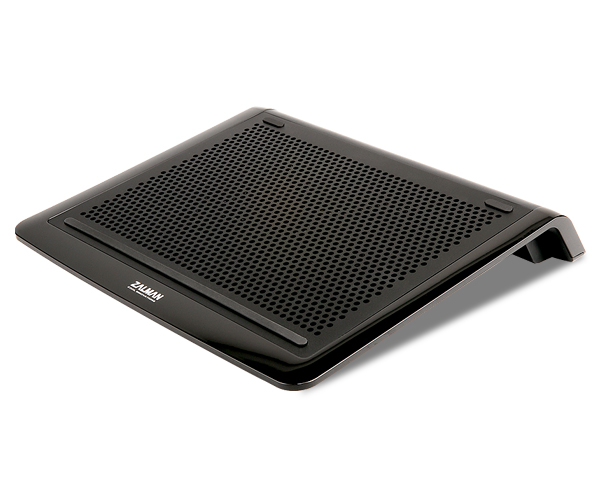 In general, laptops should handle their cooling in optimum conditions, i.e. when placed on a hard and flat surface. Naturally, optimum conditions are no fun and most users use their laptops in their laps or on the bed. Such usage scenarios, as you’ve surely noticed by now, tend to result in the laptops exhaust vents being blocked, leading to overheating and in the worst case scenario damaging some components. Thankfully, that’s where cooling passive or active accessories come in.

Zalman has several laptop coolers in its offer, our today’s guest being the model ZM-NC3000U. This is a universal laptop cooler/stand and will take care of laptops from 9’’ to 17’’ format. The active part of cooling is performed by one 220mm fan, whose fan speed can be regulated manually.